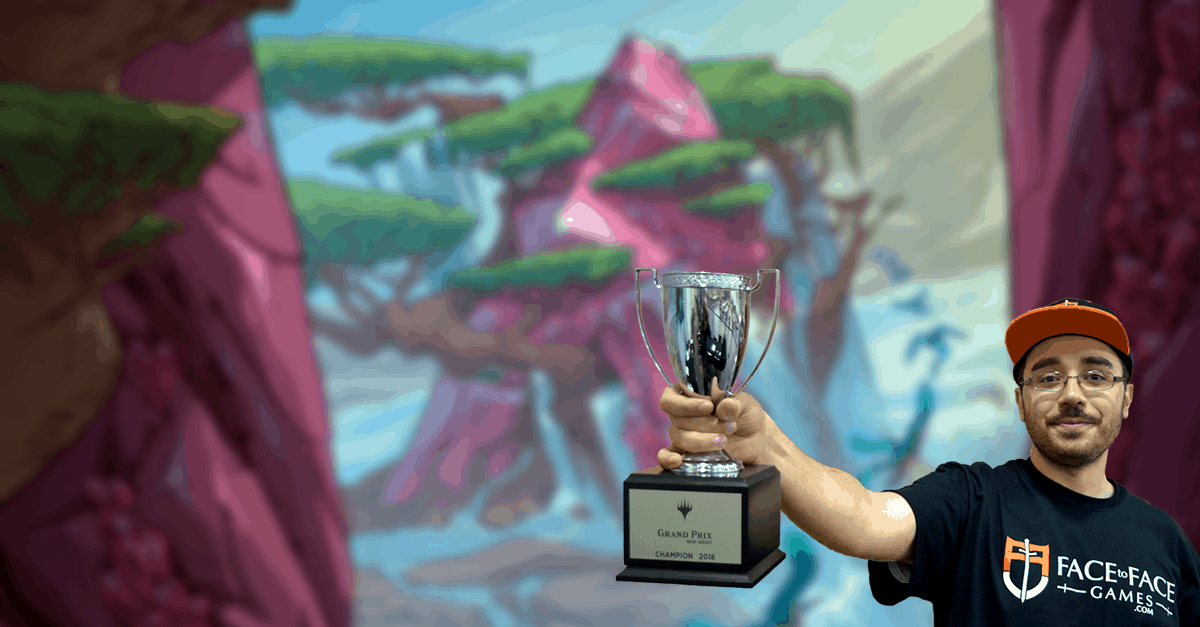 In case anyone didn’t already know. I was lucky enough to win the Starcity Games Championship Qualifier this past Sunday August 2nd. Of special note is that it was likely the last tournament where Wilderness Reclamation was Standard legal.

Here’s the list that took home the trophy for reference. 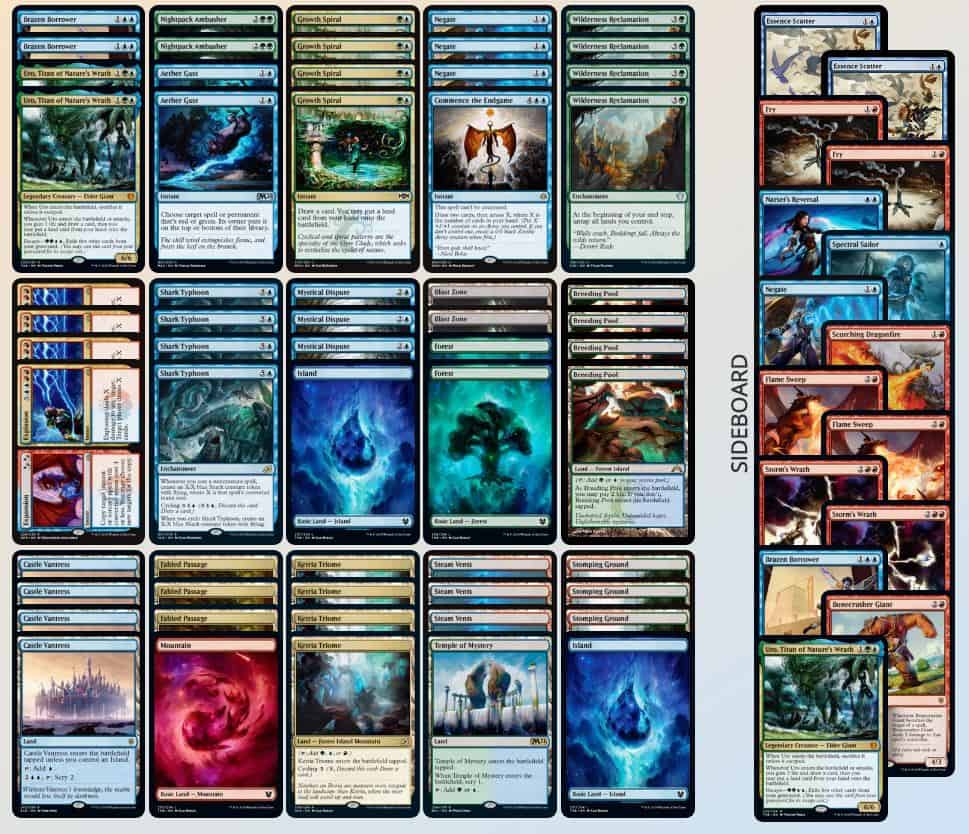 With the latest Banned and Restricted updates, we lost two key pieces to this build. Wilderness Reclamation and Growth Spiral. A mana accelerator and a gigantic mana producer. Luckily, we have a lot of toys in Standard and I found a couple replacements to keep the deck alive as it were.

As for the gigantic mana payoffs, Wilderness Reclamation is hard to match but if we turn to a former Standard all-star in Nissa, Who Shakes the World, we can find a vehicle in which to do many sweet plays. To aid in this plan and because people are a lot less likely to have Expansion/Explosion, specifically the Expansion side, it’s my estimation that Cultivate will again be a main stay in the deck.

We found with old Standard that counter magic was the name of the game. With Combo and Control equally neutered it’s expected that aggressive decks will see an uptick. To combat that plan and increase consistency I have decided to give Fire Prophecy a go in the flex spots. It’s possible that some number of Arboreal Grazer (less than 4) may eventually be the right call as well. For now, I prefer cards with higher consistencies.

So, here’s how I have drawn up the changes to the deck. By moving the counter magic to the sideboard, we can ensure it comes in against the right opponents. Besides that, there is some additional removal spells for aggressive matchups. Theoretically we should already have a good control matchup. 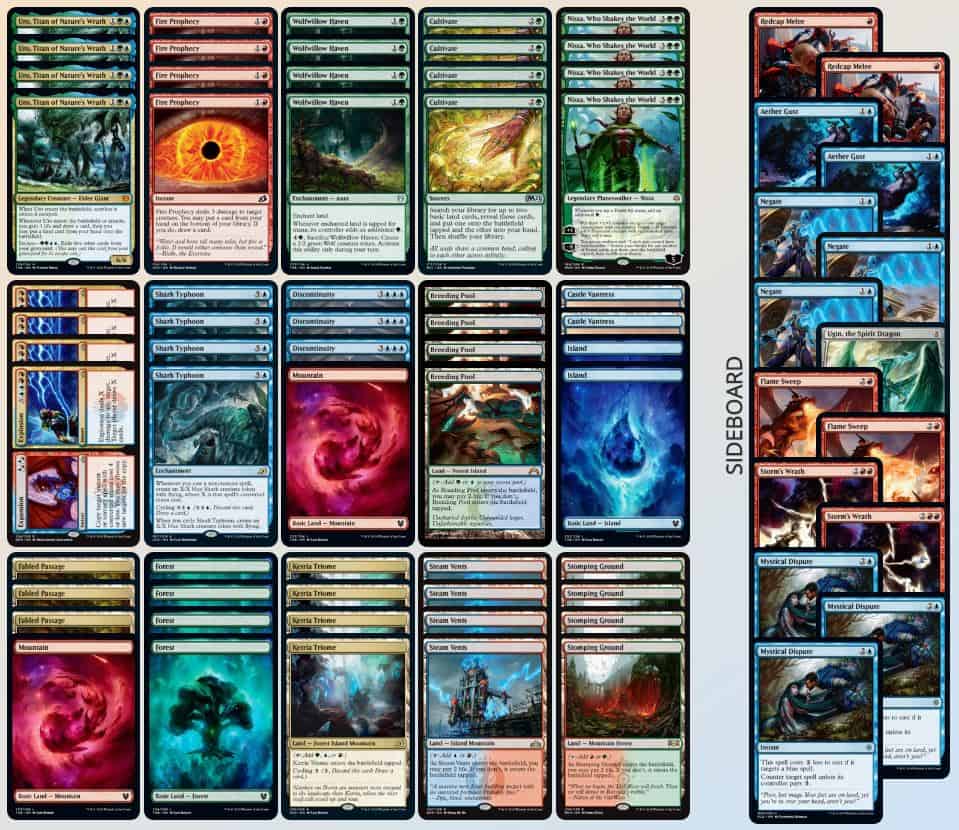 Discontinuity can act as a Time Walk effect, but also a Uro enabler in the right matchups. It can be an important counter spell if needed as well. This part is clutch because Uro has certainly been the card to answer for a long time in Standard. Now that you can’t bounce it with a Teferi, we may see it be the next card with a banhammer target on its back.

Redcap Melee is one card I had been wanting to incorporate since Winota has resumed being a deck in the field. It’s nice overlap in that it helps in the mono Red matchups as well. Aether Gust will certainly be one of those cards that we find belongs in the main deck again, but until the format settles a little more I’ve delegated it to the sideboard. I’ll be watching to see how the format evolves though and can easily see it taking the place of the fourth Cultivate, fourth Uro, third Discontinuity or some of the other main deck flex slots.

I want to talk a little bit about the bannings that occurred on August 3rd before wrapping up. It has become commonplace for the voice of Twitter to target change. These changes are of course heard and often implemented nowadays. The problem is a mob mentality isn’t always seeing things the clearest.

It’s my hope that we start to see innovation rather than bannings. Print clever solutions instead of eliminating the problem. People will love the opportunity to get creative at figuring out solutions to problems. At the heart of this game we are problem solvers and that’s exactly what we want to be doing.

When we see or hear these ideas being floated around on social media. Often, we see divisive discussions follow. This can lead to somewhat toxic situations being created. My goal has always been to listen, learn, and then see if my opinion reverberates. Fully acknowledging it as an opinion and one that everyone can feel free to agree or disagree with.

Mistakes will always be made as long as we are human. Harping on the mistakes of others isn’t “cool”. Sympathy, understanding, and positivity are cool. I’ll sign off here before you have to listen to any more cheesy comments, but thanks for listening and let’s all make the world a better place to live together!