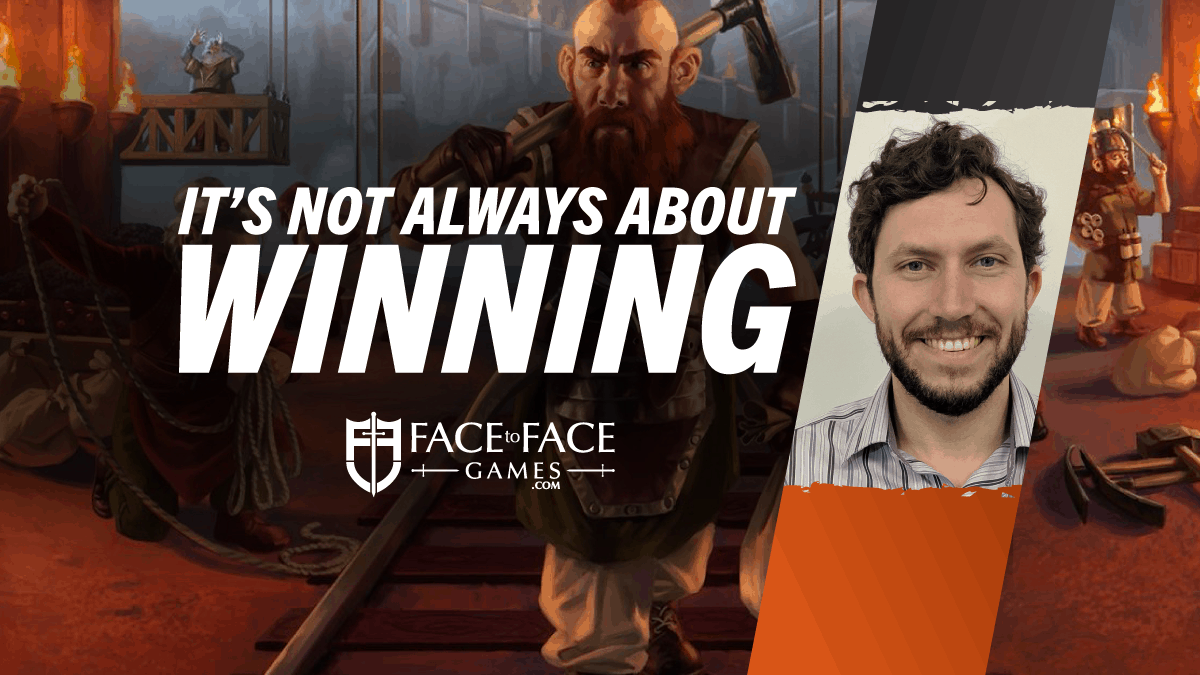 Most people play Magic to win, but what if I told you there was another way to play?

Building a deck that doesn’t focus on winning can open up a new world. If you like to play competitively, forcing yourself to build a deck that doesn’t focus on winning can introduce you to new combos you may not have found. Or maybe you’ve always wanted to do something wild, but you’ve pushed it off in favour of being evenly matched. Everyone can find their own way to play Commander, but my favourite is to focus on theme and flavour. Building in this way often introduces new restrictions, which breeds creativity and forces you to think outside of the box.

When building for flavour or theme, the most important piece is determining what your deck is going to do. This is important for any Commander deck, but is the most critical aspect for a flavour deck. We’ll want to be mindful of core deck mechanics like mana, card draw and ramp, but we can be more lenient on removal, wraths and win-cons. I’d recommend you adjust your builds to your style, but my point of view with flavour decks is that you need to be comfortable losing because you don’t have an answer. This isn’t to say that you can’t win playing fun/thematic decks, it just makes it harder. You may need to make some hard trade-offs between win-cons and fun-cons, but my preference is to favour the latter.

A great example of a deck that focuses on fun-cons is my Morokhan ([Card]Morophon, the Boundless[/Card]) deck. There is one objective – play all the legendary creatures from Khans of Tarkir block. Between the khans, dragonlords and their alternate timeline flavours, there are 24 creatures, most with heavy colour requirements. Most of the khans and dragonlords are underwhelming without support, but playing the deck tells a cool story. I’ve yet to play the creatures in timeline order, but it’s possible, so I’ll keep trying.

One way I like to start a flavour build is to look at cards that I think are fun, or that I’ve enjoyed playing. I’ve found inspiration from other trading card games, sets of cards in tandem ([Card]Olivia, Mobilized for War[/Card] and [Card]Drana, Liberator of Malakir[/Card]) and even individual cards like [Card]Slip Through Space[/Card]. While it is possible to do truly zany things like “everyone pointing left” or “only chairs”, the flavour decks I build usually revolve around pulling off some cool play, like a [Card]Nivix Cyclops[/Card] swinging in unblockable for 50.

I often start with the thing that I want to do, and then work towards doing only that. This can put some unique restrictions on your card searches that lead to finding some hidden gems. I recently built a [Card]Yarok, the Desecrated[/Card] Elf tribal deck, but since I enjoy playing with +1/+1 counters I added it in as a sub-theme. When I found [Card]Urborg Elf[/Card] I knew it was perfect, and that it’d be a great card to introduce other players to. It’s a great feeling when someone reaches across the table to look at something unique you have in your deck. And it’s even better when they’re pleasantly surprised by how perfectly it fits. This deck boasts thirty five Elves, out of fifty creatures total. With this level of creature density, [Card]Sages of Anima[/Card], generates a crazy amount of card advantage.

With lots of +1/+1 enter the battlefield effects stapled on Elves, Yarok acts as a [Card]Doubling Season[/Card] in the Command zone, which is off the wall. The goal is straightforward — get a card draw engine like [Card]Guardian Project[/Card] or [Card]Kindred Discovery[/Card], pair it with an advantage engine like [Card]Retreat to Kazandu[/Card] or [Card]Wild Pair[/Card], play Yarok and start jamming as many Elves as possible. Even having one of these engines online can rocket you forward. Imagine Yarok turn five, Wild Pair turn six, then two to three elves on turn seven (two elves would likely net you four to five extra creatures, which is a pretty good rate). This list doesn’t include much ramp or removal, since more space needed to be made for on theme cards. With the insanely high amount of synergy, there’s enough value generated from Yarok doubling some ETBs for it to hold its own. It’s possible to make a deck focused on fun-cons that still wins.

Of course, Yarok gets a lot of hate because it blows up in true Elf-ball fashion, but it’s fun to just resolve the triggers and see people’s reactions. If you were to look at the list, you’d see that it has a lot of power and that it can handily win games. But it’s built with a very large weakness — it’s a glass cannon. There’s no staying power in this deck, and since it plays out the entire hand quickly, one wrath essentially kills the deck dead on the spot. Having an empty board and drawing one card a turn is almost impossible to come back from. But I don’t play Yarok to win, I play it to have one turn where I make a bunch of 10/10 Elves and draw 12 cards, because that’s just fun. Sure I lose a turn or two after that, but I get to secretly build a Rube Goldberg machine, and it’s super fun to try and set up without others noticing.

Mechanics not your thing? You can always try and put a restriction on your deckbuilding like an “only Guild cards” [Card]Niv-Mizzet Reborn[/Card] deck. This build led me to some really sick finds like [Card]Overabundance[/Card] as a cheap mana doubler, [Card]Safewright Quest[/Card] for great mana fixing and [Card]Reborn Hope[/Card] which was too perfectly on-theme to pass up. Limiting what you can do leads to trying to find adjacent strategies, which can be done efficiently when you start using criteria searches with Scryfall or a similar database (if your looking to build an art based deck, you should check out https://tagger.scryfall.com/). Building around a theme will also force you to work with new cards, meaning that you can stumble on new interactions and combos.

To make a flavourful or theme-based deck, you don’t need to start from scratch either. You can take some old lists and refresh them by leaning into those crazy combos you’ve always wanted, just don’t lean too hard. Where possible try to stay on fourteen plus effects for key pieces like draw and ramp. If you drop removal, wraths and some wincons, it should open up quite a few card slots, which can really change how a deck feels (especially when you have sufficient draw). Build to your preference, but it’s a good idea to have at least one or two wincons to close out games that need to end. You can also use themes to reduce the power level of your lists, and it keeps deck building challenging while jiving with your playgroup’s preferences.

I’ll leave you with one final anecdote that will hopefully win you over to trying out this strategy for deckbuilding. A friend of mine recently took this approach with a [Card]Sevinne, the Chronoclasm[/Card] deck, aptly named Sevinne Dwarves for its inclusion of [Card]Seven Dwarves[/Card] (it also has seven [Card]Island[/Card]s, seven [Card]Mountain[/Card]s and seven [Card]Plain[/Card]s). This deck aims to make as many copies of [Card]Seven Dwarves[/Card] as possible through making copies with big effects like a kicked [Card]Rite of Replication[/Card] targeting a [Card]Zada Hedron Grinder[/Card] when you have two or more dwarves. After there are a bunch of Dwarves in play, a [Card]Gravitic Punch[/Card] targeting Zada will quickly end it.

Playing this list led to the discovery of making copies of [Card]Dockside Extortionist[/Card] when [Card]Anointed Procession[/Card] is in play — creating a huge influx of [Card]Treasure[/Card] that could be used on flashback cards with Sevinne. You never know what you’ll find when you put cards together in new ways, and building around a theme gives you a good frame to start with.

Have you built any decks that put fun before winning? If not, I’d recommend giving it a try. For me, building decks in unique ways is the best part of Commander, and building thematically is my favourite way to do it. For me wincons are boring, and I much prefer funcons.