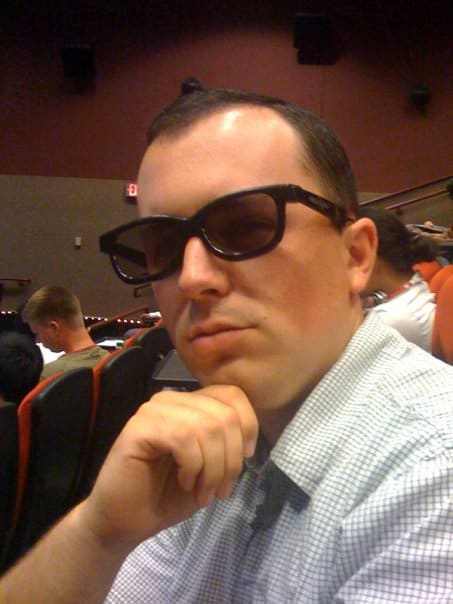 Hey there! Mirrodin Besieged has been unleashed upon the masses, and I had the opportunity to go to the Pre-Release on Saturday, January 29. I actually wasn’t supposed to be able to go to any Pre-Releases because I was going to be on a three hour road trip in the middle of the day with my family, but I was able to cut a deal with my wife that let me go to Scenic City Games in Owen Sound, Ontario for their Pre-Release festivities.

Located in the heart of downtown Owen Sound…

Geoff is the owner of the store and he put on a fantastic Pre-Release with prizes going out to Top 16, which is awesome because there were only about twenty participants. I like it when the prizes go as far down as they can because I think it’s important for the players that didn’t do so well to get something, even if it’s just a single pack. It keeps them motivated to come back, and that’s a good thing.

Let’s talk strategy for a moment. Mirran or Phyrexian is the biggest question really. Phyrexia has a major strength in the form of Infect. Creatures with Infect hit fast and hard and you can’t afford to let them get through too frequently because you can easily get ten poison counters over the course of a few turns. The biggest weakness I see with Infect is that you’re almost forced to play two colors just to maximize its effectiveness as a strategy. For consistency sake, because they simply outnumber Phyrexia, and because I wanted to win, I allied myself with the Mirrans. And man did it pay off.

Yes, that’s right, a Mono-White Metalcraft deck with four 2/2 Fliers. As I went through my pool, I auto-excluded black because there are no Mirran aligned Black cards. I then quickly eliminated Blue and Green because they had no aggressive cards for me. A [card]Sylvok Replica[/card] and two [card]Wall of Tanglecord[/card]s tempted me, but I knew I didn’t want to play reactively. I originally built the deck with a red splash for [card]Galvanic Blast[/card], [card]Blisterstick Shaman[/card], [card]Burn the Impure[/card] and [card]Concussive Bolt[/card], but after a second look through my artifacts and realising how devastating my [card]Rusted Relic[/card]s could be, I eliminated Red and ended up Mono-White. Here’s the craziest part of the pool though: both of the two times I lost a game, and even between close games, I’d open my deckbox to look for cards to side in, and every time I did, I decided against it. I went the whole tournament with the exact same deck because all of my sideboard options just seemed less optimal than what I already had in the deck.

Round 1 vs. Scott – Phyrexian

Game 1 he managed to get me to 7 Poison counters before I was able to mount enough of an offence to hold back his attackers. My triple [card]Leonin Skyhunter[/card]s proved their worth for the win. Game 2 he started attacking me for damage off a bad hand and I knew I had just gained a lot of extra time because of this. Dealing both regular damage and Infect damage is counter-productive because you’re splitting your resources across two separate goals. The best thing to do in that situation is decide whether your Infecters are going to be offense or defence and stick to that plan for the whole game. With the extra time, I played my [card]Tempered Steel[/card], and a [card]Rusted Relic[/card] with a [card]Master’s Call[/card] in hand. He declared attackers and I put two 3/3 Myr into play activating my 7/7 Relic. The game ended shortly after that.

Game 1 if I remember correctly, [card]Mirran Crusader[/card] came down early and got me there all by himself swinging through all of the Infect creatures. Game 2 saw me running an early Skyhunter, followed with a pair of [card]Rusted Relic[/card]s. Arresting a defender and using [card]Bladed Pinions[/card] to get a Relic airborn ended the game, but not before I was infected to 7 Poison counters.

Mirran represent! I was surprised that this was my first Mirran matchup. Going into the match, I knew I would have the advantage simply because I was mono-colored. I predicted (correctly) that my opponent would stumble for Red mana. Both games went back and forth but my team prevailed in both cases by virtue of their being mostly Flying. My life totals at the end of each game were 5 and 8 respectively, so it was definitely a close match.

Round 4 vs. Tom – Phyrexian

This bro was loving just playing the game. We had both gone undefeated to this point so we both felt pretty good going into the match. Game 1 he handed me my first loss on the back of a nasty quick Infect start. This is one of those times I mentioned where I looked at my sideboard and just couldn’t bring myself to side anything in. I put the deckbox away and hoped for an early [card]Mirran Crusader[/card]. I shuffled up and the Crusader greeted me in my opening seven alongside three [card]Plains[/card]. He came down on Turn 3 and held off the Black and Green attackers while the rest of my team took to the skies. Game 3 saw my opponent unfortunately stumble on mana. My board at the end of the game was 2 [card]Rusted Relic[/card], 1 [card]Auriok Replica[/card] with [card]Tempered Steel[/card] and an Arrest on his only blocker. Boo mana screw! 😉

Round 5 vs. Brendan – Phyrexian

This first game scared the crap out of me. The board stalled out so bad we each had at least eight creatures on the board just waiting for each other to blink first. He got me by having an [card]Inkmoth Nexus[/card] and a [card]Flesh Eater Imp[/card]. He activated the Nexus and attacked with both Fliers while I had no air defence. I sacced an [card]Auriok Replica[/card] for the save after he pumped his Nexus with [card]Untamed Might[/card], and then he sacced his board to the Flesh Eater for the win. Definitely scared me. This time I was wishing there was something in my sideboard that could help, but again I was disappointed when I opened the deckbox and decided against siding anything in. I knew that all I could do was make some good mulligan decisions. Game 2 saw my [card]Mirran Crusader[/card] come down early and play the beatdown for the win. Game 3 I drew my seven and saw four Plains and my three most expensive spells. I shipped it back for fear of a fast start on my opponent’s part. My next hand showed me four plains and two removal spells: I tanked on this hand for a looong time. I declared a mulligan and then looked at my next three cards, which were all Plains. Close call on that one! I drew my five and was greeted by 2-drops and lands. I was glad to see them to say the least. It helped that I had some sick draws. I was at 3 Poison counters when I swung in twice on consecutive turns with both [card]Rusted Relic[/card]s and a [card]Leonin Skyguard[/card].

First Place! I got 10 faction packs, five of each faction, plus one each of the promo Glissa and Hero as my spoils of war. Although I know the faction packs will probably be worth something some day, I’m more interested in the new cards right now, so I cracked them all. I opened my fourth [card]Hero of Bladehold[/card] on the day, and also a [card]Blightsteel Colossus[/card], so I was stoked that I decided to open them. The second place player opened a Tezzeret in his packs, lucky guy.

The neat thing about the regulars at Scenic City Games is that everyone is there for a good time. Maybe one or two people dropped from the event but everyone else was there for the long haul because they love the game and want to hang out with their friends. I managed to get in some trading after the event and had a great time just chatting about the new set and how the tournament went with whoever wanted to talk.

Props – to Scenic City Games for a great event
Slops – Hero of Bladehold created two soldier tokens the entire tournament. Every other time she came down she got killed or couldn’t attack profitably. Ahh, I guess eating removal deserves some props…
Props – to Leonin Skyhunters at Common

If you’re a store owner and you’d like me to come play at your store and write an article about it, hit me up! I love to see different Magic communities, and I enjoy meeting new people that share a love for this game.

Alright folks, here’s a challenge for you. What follows is the Sealed Pool I opened at the Release Event at my LGS. Your challenge is to tell me how you’d build from this pool and WHY you’d build that way. The winner will get props and name dropped in my next article.

My only hint is that this is a First Place pool. Colors are sorted alphabetically.

All submissions should go in the comments below, and remember I want lists PLUS your reasoning/thinking/explanation for why you built the way you did.