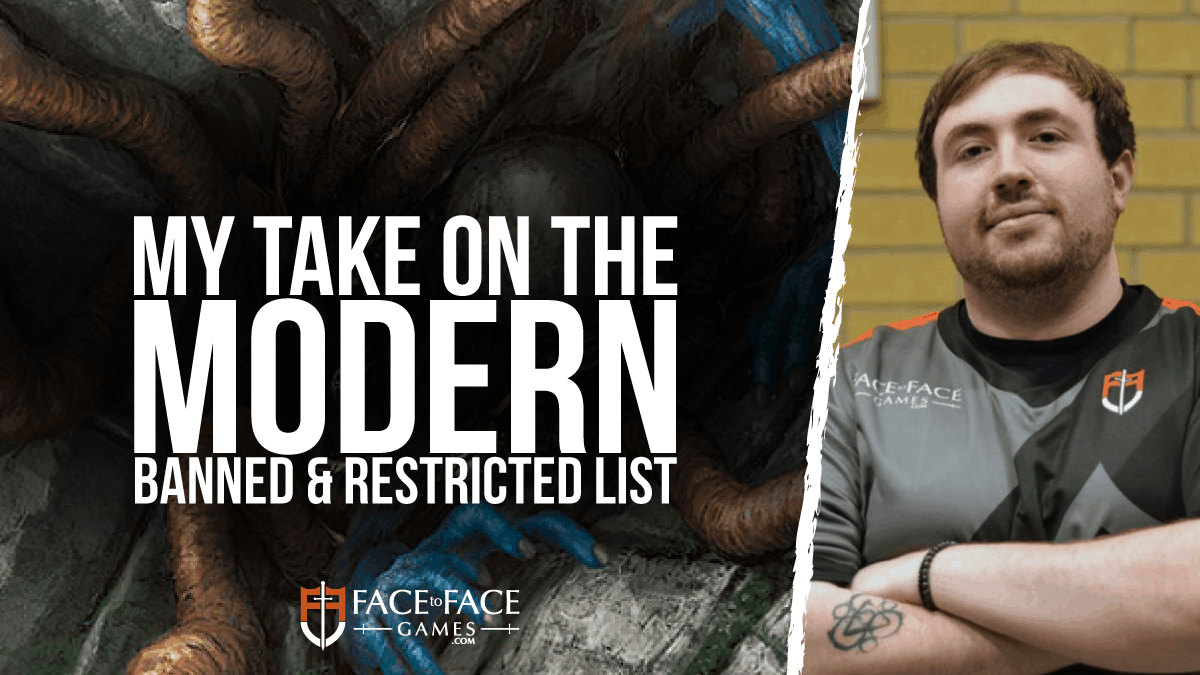 This past Monday — amidst cries for the banning of [Card]Faithless Looting[/Card] — we watched as Wizards of the Coast chose to ban nothing in the latest banned and restricted announcement.

While Standard is the best it has been in a while, there were a lot of people clamouring for various things to happen in Modern. Bannings, unbannings and some advocating for no changes. The jury is out as they say. While I would have personally loved a card like [Card]Faithless Looting[/Card] to have been banned for the sake of changing things up for the Mythic Championship in London in April, I firmly believe that Wizards made the correct choice by not changing anything.

I think Modern is in a relatively healthy place right now. Izzet Phoenix is proving it can dominate right now, while stabilizing the format in that it is a powerful “fair deck” for Modern. My emphasis on the word fair derives from the fact that I’m not sure how fair attacking with a flipped [Card]Thing in the Ice[/Card] and two [Card]Arclight Phoenix[/Card] on turn three is. But, that is a relatively infrequent draw and I think having that capability is what makes the deck so powerful and allows for a level playing field amongst the degenerate decks. Outside of that, we are seeing Dredge, Burn, and Prison decks starting to rise to the top as powerful strategies that combat Phoenix well.

With all that said, Mythic Championship London and the London Mulligan Rule are on the horizon, and I expect Izzet Phoenix to really suffer in what I assume will be an even more linear environment.

For those of you that aren’t aware, the mulligan rule in place for MC London will be that each time you mulligan, you draw seven cards and then put N cards on the bottom of your deck, where N is the number of times you’ve mulliganed. This means that you are going to see more cards over the course of starting a game of Magic and you will be able to more consistently draw combinations of cards together. Whether that be multiple Urza’s lands or [Card]Faithless Looting[/Card] along with various Dredge cards — all while putting cards like [Card]Narcomoeba[/Card] or [Card]Creeping Chilling[/Card] that you have back in your deck where they operate best. 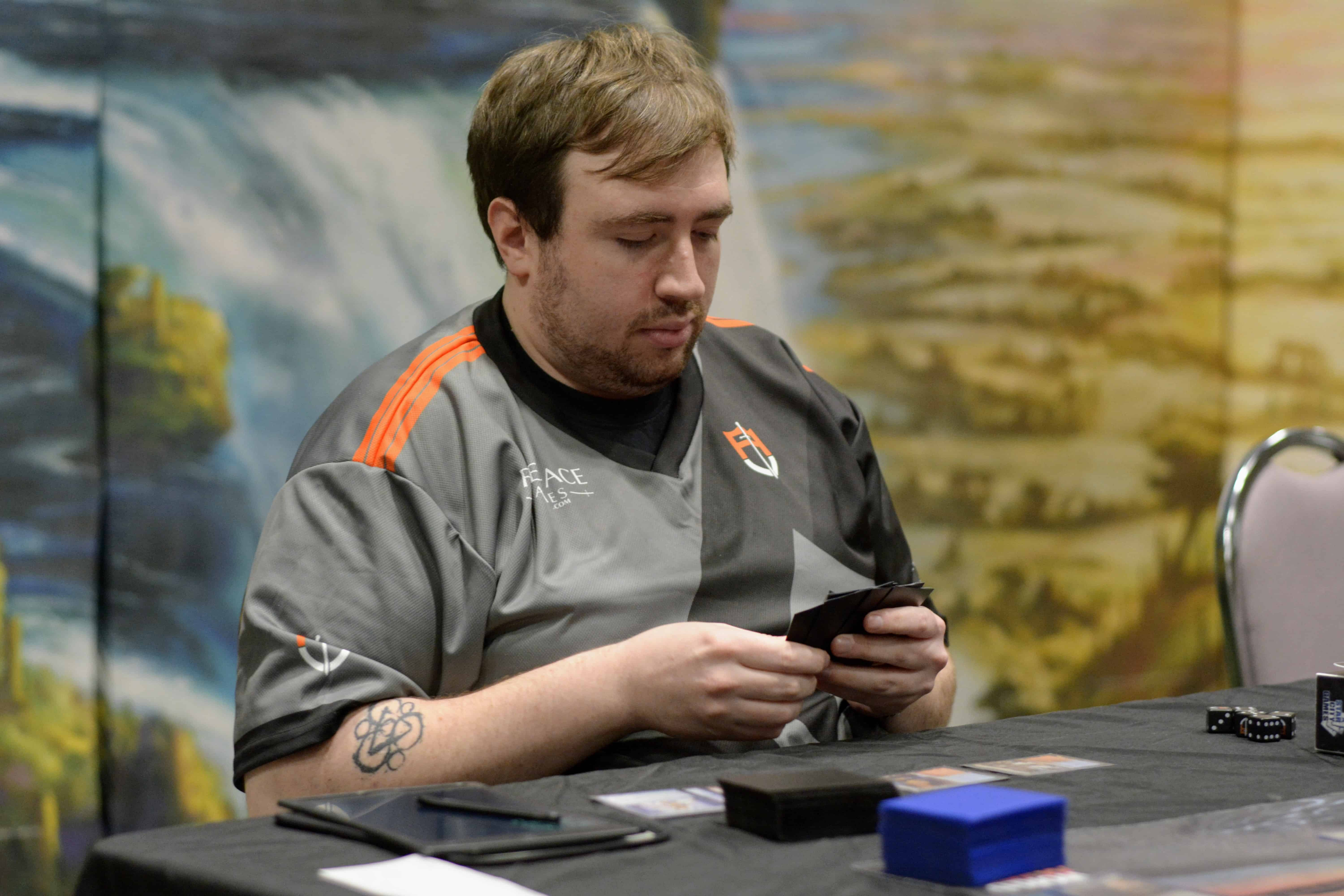 So with that mulligan change, I obviously expect a strong emphasis on combo decks at that tournament. If all goes well, then perhaps the London Mulligan Rule will become the new mulligan rule for all formats, but I think with Modern Horizons coming out in June, there may be need for another Litmus test, but I digress.

Let’s assume that a change had to be made this past Monday, what would be in the contenders for a Modern ban? For me, there is a clear list of Modern cards that clearly exceed the rules of Modern — if you will. They fundamentally change the dynamics of what the format is capable of. I’m going to go over said list, and I think over the course of time there is a good chance that each of these cards will have to leave Modern as more and more cards get added to the format from new sets.

I figure that given my recent departure from WotC R&D I might be able to shed a little bit of extra light on these individual cases. 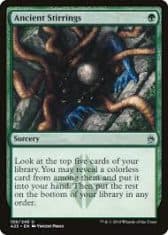 I will start by saying the [Card]Ancient Stirrings[/Card] is the linchpin for a lot of the decks that play it. Without it, these decks may cease to exist or be severely impacted by its disappearance. That being said, this card is incredibly consistent at allowing you to find various lands and artifacts which obviously makes for a very powerful Modern card. I think [Card]Ancient Stirrings[/Card] is too powerful based on the fact that it looks at 10 per cent of your deck, and the decks playing it are usually trying to find specific cards. It frankly feels like a one-mana tutor at times. The cost of making your deck hit at a high rate in Modern by playing lots of artifacts, lands, or colourless creatures is not high. I think [Card]Ancient Stirrings[/Card] has some time left, but I think its days are going to be numbered as more lands and artifacts get printed, making this card even more powerful. 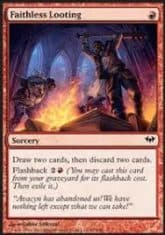 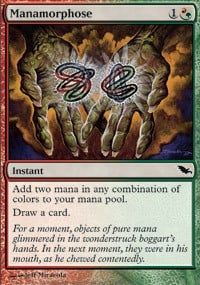 A free spell that fixes your mana, draws you a card and puts an instant in your graveyard — what could go wrong? We’ve seen [Card]Manamorphose[/Card] pop up in decks like [Card]Death’s Shadow[/Card] Zoo and Mardu Pyromancer, and there is a reason why this card is considered the best card in Izzet Phoenix. It just gives you so much for such a low cost and I have no doubt in my mind that at some point it will break beyond the point of saving. I believe this card was likely underplayed in Modern previously, but I certainly believe it’ll need to be banned. 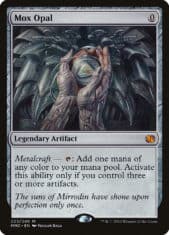 The cost of turning this into a Mox in Modern is not really significant. [Card]Stony Silence[/Card] and other artifact hate is a nice check to these types of strategies, but decks like Whir Prison don’t really care about [Card]Stony Silence[/Card] and have multiple [Card]Welding Jar[/Card]s for all non-[Card]Shatterstorm[/Card] destruction. [Card]Mox Opal[/Card] is the most surprising to me that it’s lived as long as it has, but I would say that it is what makes all these artifact decks in Modern worth playing despite the powerful hate. I’ll wait for when and if Whir Prison starts dominating, but I really expect this one to have to go sooner than later. 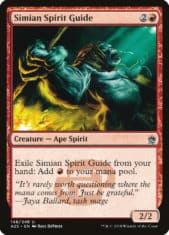 [Card]Simian Spirit Guide[/Card] is the card on this list with the least impressive resume. This card is usually used to ramp out a lock-piece like [Card]Chalice of the Void[/Card] or [Card]Blood Moon[/Card], that attempts to stop your opponent from playing Magic. Or it’s going to try to win you the game early with [Card]Living End[/Card] or [Card]Ad Nauseum[/Card]. Simian Spirit Guide is never going to played in a “fun” capacity. I think that typically it is rare for a card in a normal Standard set to be a hammer that you want to slam early with Simian Spirit Guide, but with Modern Horizons and likely other sets coming out in the future, I think Simian Spirit Guide’s shelf life will not last too long. 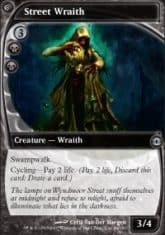 [Card]Street Wraith[/Card] is certainly a large part of the reason for the success of [Card]Death’s Shadow[/Card] and [Card]Hollow One[/Card] as individual cards. I think that as time goes on, the number will only increase. It is a free cycler that makes it so that you’re virtually playing the game with 56 cards, it’s a free creature in the graveyard and it’s a free way to lose life. I fully expect this card to break at some point. 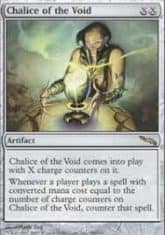 As the Modern format continues to exist and grow, it makes sense that many decks are going to try to lower their curve and play as many zero, one, and two-drops their deck will allow while maintaining functionality because the pool of cards will continue to get larger and stronger. Chalice is an extremely punishing card to play against that is also frustrating to play across from. I think Chalice should go on that merit alone, and as the card gains more power over time it will likely have to. 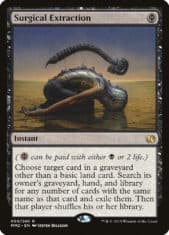 1. It is a free spell that you can play in Izzet Phoenix that interacts favourably in the mirror, against Dredge and various other combo decks.

2. Izzet Phoenix and Dredge are currently taking up a larger share of the metagame than normal and that makes this a viable strategy. I would not blame the card [Card]Surgical Extraction[/Card] for merely meeting the specific requirements of Izzet Phoenix. 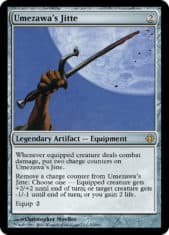 While I can understand that frustration of players from Jitte’s past, I struggle to see how this would even see play in Modern with how the format is currently. Free this card from its shackles, they are extremely unnecessary — I promise. I think this may show up in some sideboards, but I don’t even think that’s a bad thing. That being said, if the format became more creature dominant, I could see this being problematic. That said, it’s hard to imagine getting to that world from where we are now. 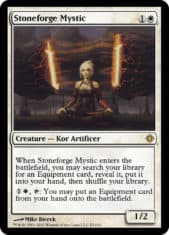 This seems to be the biggest cause for debate in terms of an unbanning. My teammate Shaheen Soorani is probably the biggest advocate of unbanning it. But I am here to tell you that I think it is a colossal mistake. You can make the argument that against decks like Dredge, Izzet Phoenix and Tron that this isn’t going to be good against them. But what happens if that changes and [Card]Stoneforge Mystic[/Card] is unbanned? I think it will single handedly shift the format into a space where you either:

A. Want to have an answer to a two-drop in your deck or lose to a [Card]Batterskull[/Card] or sword of your choice.

B. You play a linear strategy that tries not to care about [Card]Stoneforge Mystic[/Card] and go past it. I would argue that makes the gap between A and B larger because now your deck has more answers to Stoneforge Mystic and more dead cards against players that choose to go over the top. Also, I am quite sure that Stoneforge Mystic players can build there deck in a way that interacts with linear strategies and they’re going to have a fast clock thanks to that Batterskull that only costs them two mana. Please don’t.

Please feel free to share your thoughts in the comments below and say hi if we’re at an event together.