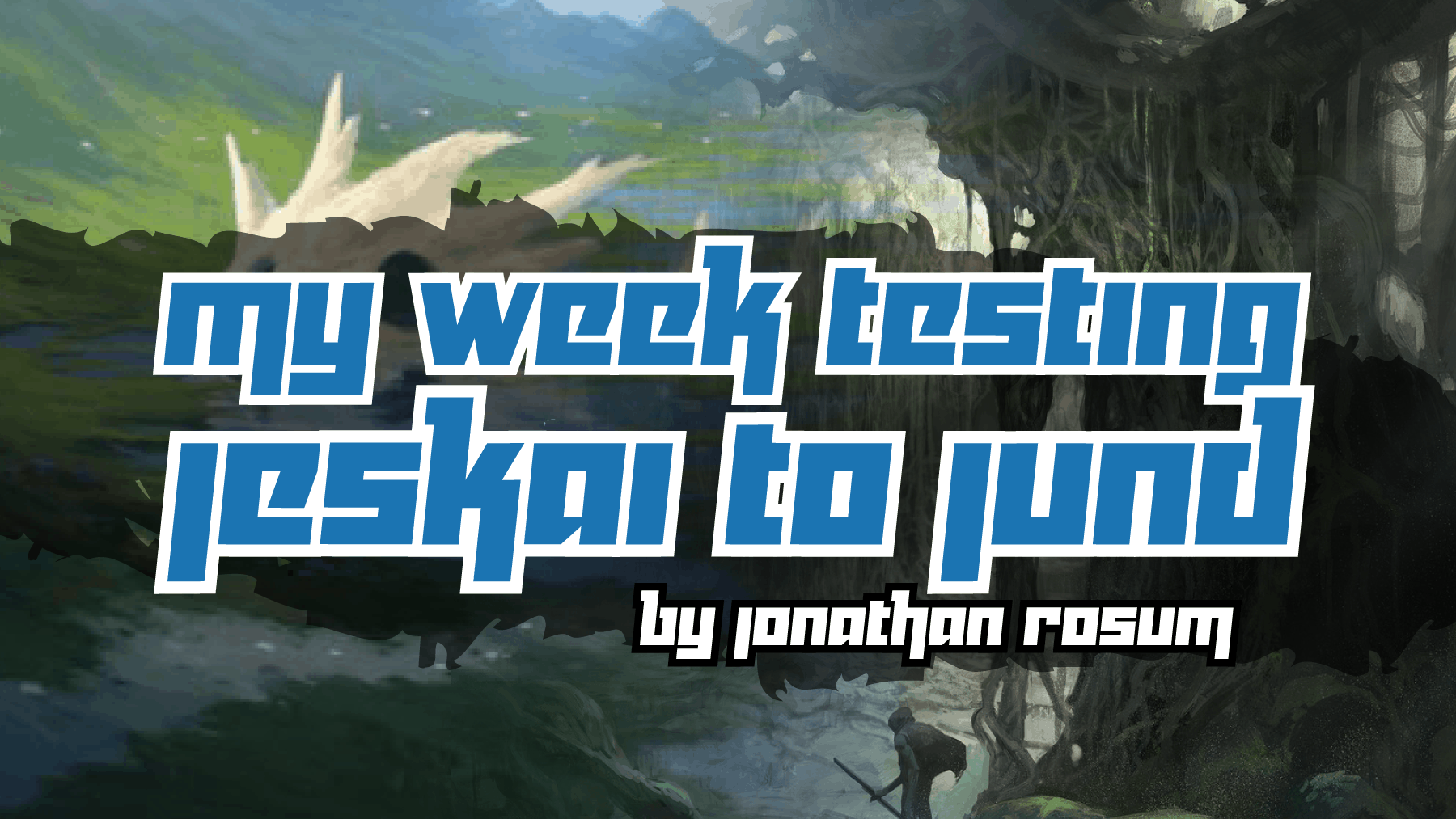 Hello everybody! I’m back again with another article, this time talking about my testing process for the upcoming StarCityGames Modern Open in Dallas this weekend. I can’t believe I’m actually going to say this, but I have put down my Jace, the Mind Sculptors and have picked up some Bloodbraid Elfs.

Throughout the week, I was constantly getting demolished with Jeskai Control and I couldn’t actively figure out what was going on. After missing cash in multiple leagues I sat down and put some thought into it.

The metagame is extremely hostile to Jace. This might seem like a given, but the format is either absurdly aggressive or people are ready to grind with you. Jace, the Mind Sculptor is extremely powerful when uncontested, but when Bloodbraid Elf is running around everywhere, being 100% reactive isn’t where you want to be.

You aren’t the best Jace deck

It honestly pains me to say this but playing against other Jace decks with Jeskai feels miserable. If you ever draw the wrong half of your deck you will just lose immediately. Grixis and U/W are just much better equipped to out-grind you in the later portions of the game. The biggest blow is for sure Spreading Seas and Field of Ruin. These cards have an absolute field-day with Jeskai and can be very hard to beat.

You will lose if you stumble

This might seem like a given for most decks in Modern and might seem pointless to bring up. But it’s specifically true with Jeskai, where you need to curve interaction without missing a beat. I think that the lack of having four Cryptic Commands is the main reason that this issue is relevant. The Jund decks were easy to out-grind and you were able to play your fourth land untapped with very little to worry about. Being “forced” (by Jace) to go down on the number of Cryptic Commands made it a lot harder for Jeskai to be able to bridge the gap from the mid-game to the end-game. Jeskai is still just an amalgamation of medium cards that must line-up well with your opponent, and it is very easy to lose when your opponents cards are more efficient than yours as well as better at accruing value.

I do think that there is a great Jace, the Mind Sculptor deck that has yet to be discovered. But, I think that Jeskai Control needs a lot more tuning before it’s able to compete with the rest of the format as it stands.

The very obvious appeal to playing Jund is that you have access to Bloodbraid Elf. Bloodbraid Elf adds the top-end back to the very powerful midrange deck. I have played several leagues with the deck this week and it honestly feels great, you have efficient disruption, good threats, and extremely powerful hits off Bloodbraid Elf like Kolaghan’s Command and Liliana of the Veil. Let’s talk about some of the specifics!

This isn’t exactly unique, and more of an automatic include, but I can’t express enough what this card does to the archetype. It makes you so much more favoured in all the grindy match-ups while also being pretty versatile against linear decks. It allows you to be aggressive while also allowing you to effectively “bury” your opponent in your cards.

I could honestly write an entire article about what Bloodbraid Elf adds to Jund. Make no mistake, there are plenty of wrong times to cast Bloodbraid Elf; but generally, if you can evaluate what would be horrendous hits, and play from there you will very rarely ever only wind up with a 3/2 with haste and nothing else to show.

4 Liliana of the Veil

This might be the most impactful card in the Jund mirror other than Bloodbraid Elf. Being able to resolve Liliana on an empty board or immediately edicting their only threat is something that strikes true fear in the hearts of other midrange players. Liliana of the Veil generally requires an immediate answer, and being able to double edict somebody is almost guarantying a victory granted that you have some form of pressure.

Liliana of the Veil is an absurdly powerful magic card, but don’t be afraid to just not use her discard ability if your hand is filled with good cards. The most common mistake I see players make is upticking her when there is actively no need to. Not using her and keeping a grip of good cards is for sure more commanding than discarding a good card gaining a loyalty counter.

I have been absurdly impressed with Liliana, the Last Hope, and I would recommend playing at least two in your 75. The card might seem anemic in the sense that it’s very comparable to Kolaghan’s Command, however, it really shines in grindy match-ups.

In the Jund/Jeskai match-up, it acts as a Raise Dead that has the potential to kill opposing Dark Confidants and Snapcaster Mages and is a must answer threat.

It also provides some versatility to your 75. It’s effective at creating board-tension in creature match-ups and mowing down threats against small creature decks like Elves, Merfolk and Death & Taxes.

This for sure is a card that has been underappreciated. The most common question I’ve been getting is, “why is Dreadbore better than Terminate?” The answer I have for that question is that it quite honestly depends on what you expect to play against.

Dreadbore is for sure much better in a world populated by Liliana of the Veil and Jace, the Mind Sculptor and also being just a very efficient answer to creatures like Gurmag Angler and Tarmogoyf. Dreadbore doesn’t interact with opposing creature-lands very well, however, being able to answer a very problematic permanent for two mana is nothing to scoff at.

This might seem like an absurdly high number of Fulminator Mages, but it serves a purpose. Jund still has a horrific Tron matchup and having the potential to blow up a land or two to completely slow them down is the way Jund needs to approach the matchup in order to have a chance at winning.

This is mostly a concession to Burn and to the Collected Company decks of the format while also being good against a variety of the midrange decks that are heavily spell-based (Mardu Pyromancer for example). The card is extremely versatile, and can be a hay-maker against some of your closest match-ups.

Brutality also helps you blend your 60 card maindeck and 15 card sideboard into one cohesive 75. This card often comes in for dead cards in match-ups as just a nice bonus option. This is obviously not the reason to put it in your deck, but is a huge upside.

The last card that I want to go into detail about is Hazoret the Fervent. I have explored several potential options in this slot and none have performed as well as Hazoret. Hazoret can close the game very quickly while serving as a form of reach that is difficult to answer. Hazoret comes in a lot and will often win you the game when you draw her, and I would recommend exploring Jund decks that have the potential of playing two within the 75.

The most important I’ve learnt this week is to not be afraid to go outside of your comfort zone. I always say that the key to Modern is knowing your deck inside and out, but, that doesn’t mean that you are always forced into playing that deck. I’d always like to play the deck I’m most comfortable with in Modern, however, exploring your options and devoting time into trying something new can make a difference.

It’s only Wednesday night and I’m very excited for this upcoming weekend. I will be continuing to test Jund throughout the week and seeing what I can do to be as comfortable as I can for the upcoming weekend. #SCGDFW is certainly going to be a very interesting tournament, and I’m looking forward to casting some Bloodbraid Elfs!