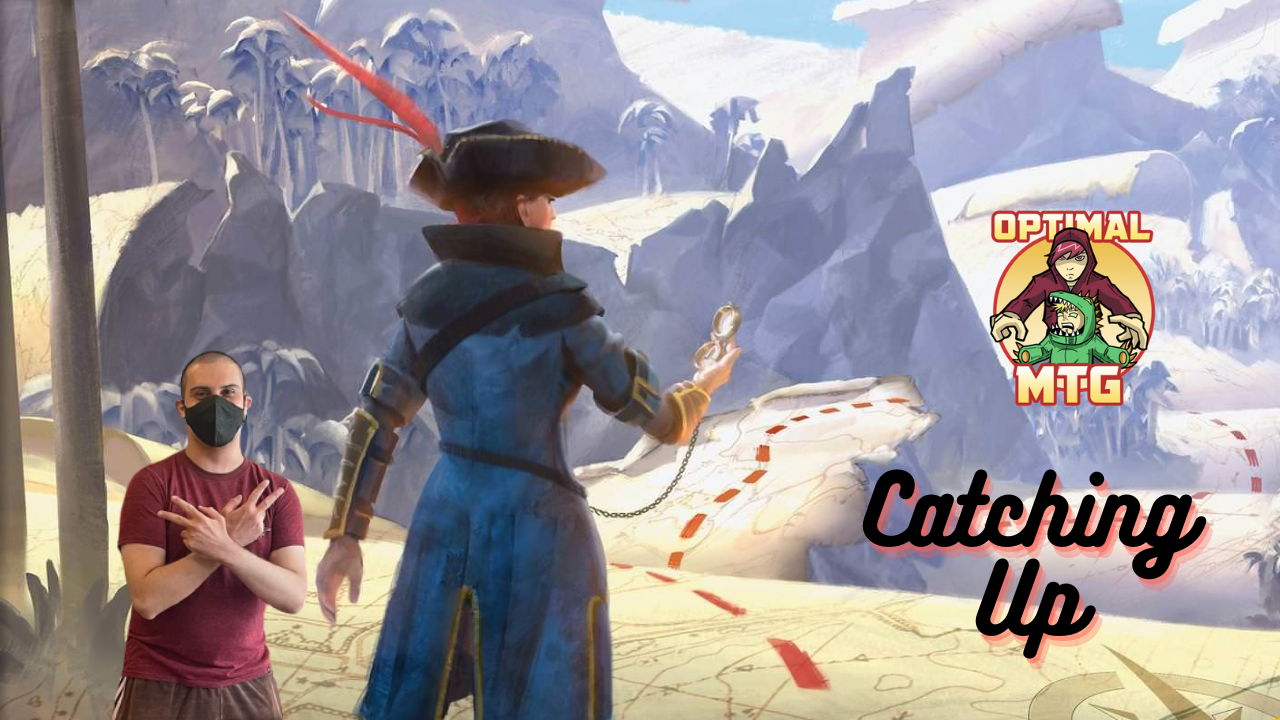 After a small break from magic due to End of Fiscal Year Work, Family Visits, and a Horrendous Sinus Infection, I’m back and ready to continue the magic grind!

Per the title, I am here to catch you up on my progress with Mono-Blue Spirits in Pioneer.

Unfortunately, I haven’t been able to play any RCQ’s for Season 2 as of yet, but I did manage to play 2 Pioneer Leagues (3-2, 5-0) on Magic Online to get some brief practice before the Regional Championship in Toronto on November 26-27.

Here’s the list I submitted for the Toronto RC:

The Mentionables:
The Regional Championship was Open Decklist, so every player received a Print-Out Sheet of their Deck and had to present it to their opponent at the beginning of every round and during sideboarding.

Knowing this, I still submitted Mono-Blue Spirits, as it is the deck I have the most experience with, however, due to being Open Decklist and my opponents knowing what they will be playing against in advance, I was no longer going to have an edge in Game 1 due to my opponents being able to ensure they are better prepared for the matchup.

My first 2 rounds were marred by never drawing more than 2 lands each game, but my luck managed to stabilize afterward and allowed me to power through moving forward.
After losing Round 5 and sitting at 2-3, the final 3 rounds of Day 1 were pretty nerve-wracking for me, but I was able to pull through and make Day 2.
During Day 2, my Round 11 against BR Sacrifice was extremely close as I needed a Snow Land off the top to have lethal, but instead, drew an Otawara and put my opponent down to 1 in Game 3. From there, they top-decked to clean my board and continued to top-deck well until I was dead.
For Round 14, I played against WU Humans and never saw more than 2 lands in Games 1 and 3, leading me to finish 9-5 instead of 10-4.
Closing Thoughts:
With the Regional Championship in Calgary coming up fast on December 10-11, I will probably end up submitting Mono-Blue Spirits again as there isn’t much time for me to learn another deck on short notice.
With that in mind, I’m not saying it’s a mistake to play Mono-Blue Spirits in an Open Decklist environment, however, it would most likely be safer to play a more robust archetype that isn’t easy to prepare against with non-sideboard cards.

Current Sideboard Guide:
BR Midrange: +2 Disdainful Stoke, +2 Icon of Ancestry; -4 Geistlight Snare
BR plays a lot of removal, so there will be times when Geistlight Snare costs 3 and is stuck in hand. Due to this, I try to be more tight-mana focused by utilizing Spell Pierce. I bring in Disdainful Stroke because of the existence of Extinction Event and Icon of Ancestry for the long game as a way to load up on more spirits.

Mono-Green: +3 Aether Gust, +2 Disdainful Stroke; -4 Geistlight Snare, -1 Ascendant Spirit
Aether Gust and Disdainful Stroke are fairly self-explanatory as they delay or stop the green cards from gaining traction. For cards to take out, I usually take out Geistlight Snares because they are worse than the 2 mana counters I bring in and then I cut an Ascendant Spirit because it is the worst creature in the matchup due to not having flying.

Mono-White Humans: +2 Brazen Borrower; -2 Spell Pierce
Brazen Borrower is very good due to Petty Theft as you can bounce a big problematic creature to regain tempo, whereas Spell Pierce doesn’t really interact well, even though Portable Hole comes in, it is better to Slip out the Back or Rattlechains as protection.

Abzan Greasefang: +3 Unlicensed Hearse, +2 Brazen Borrower; -4 Geistlight Snare, -1 Ascendant Spirit
Unlicensed Hearse is great at preventing Greasefang from reanimating a vehicle from the graveyard and Brazen Borrower can help bounce a crewed vehicle back to hand. Gesitlight Snare comes out as this matchup is more about keeping the vehicles off the table or unable to attack. Ascendant Spirit feels terrible against a bunch of 1/1’s who have already provided value when coming into play or provide value upon dying.

Keruga Fires: +2 Disdainful Stoke, +2 Brazen Borrower; -2 Geistlight Snare, -2 Shacklegeist
Disdainful Stroke is good against almost 20 cards, especially Fires of Invention. Brazen Borrower is good against Temporary Lockdown and most of the expensive creatures. I cut some Geistlight Snares as they become dead if Fires of Invention resolves and also terrible against Leyline Binding. Shacklegeist is very medium in this matchup and are probably losing if Fires has a few creatures in play.

Conclusion:
According to the metagame data, these are the most common matchups you’re likely to play against, however, if you have other archetypes that you would like sideboarding advice for, please let me know in the comments section and I’d be happy to reply.

If you have a Pioneer Event coming up soon, I still suggest giving this deck a try as it is a lot of fun and is well-positioned, barring you don’t play against UR Phoenix.

Otherwise, I hope I was able to provide another good breakdown of the Mono-Blue Spirits Archetype, and would be happy to hear your thoughts in the comment section below!