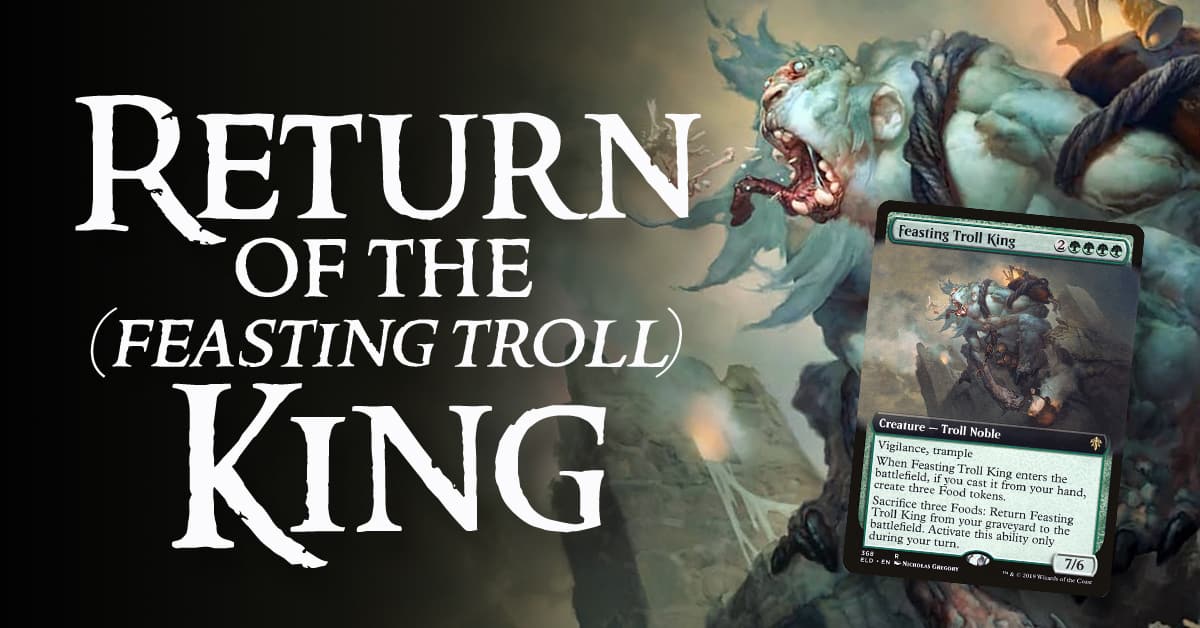 With the Zendikar Rising Championship, the current Standard format showcased a variety of decks that are the pillars of the current metagame. From the over 150 players, Scotland’s Brad Barclay emerged victorious, piloting control decks in both Standard and Historic. While he went undefeated with the underdog Azorius Control in Historic (my hero) he also put up an impressive x-0 record with Dimir Control in Standard.

Finally let’s take a look at the metagame breakdown as a whole:

There was definitely no shortage of Basic Forests at the Zendikar Rising Championship. While Gruul and Food are by no means the same deck, aggro and midrange respectively, they do share something in common: Lovestruck Beast and The Great Henge. Both decks utilize early ways to abuse slamming the nine mana artifact in play, aiming to bury the opponent in card advantage, as early as turn four. Worth noting overall, however, is how these decks and others fared against each other over both days of competition.

This matchup matrix, courtesy of the amazing people at @MTG_Data, shows us some interesting insights about the Zendikar Rising Championship. The deck with the highest win percentage was Rogues, followed by Esper Doom Foretold, with Gruul trailing close behind. Mardu Foretold was the worst performing deck, and surprisingly, Mono Green Food came in with the second worst win percentage. It’s worth noting, however, that these numbers are also influenced by how many copies of the deck were played, as Food was almost twice as popular as Esper. Overall, this data might indicate a move in future weeks towards Dimir Rogues and Esper, with Gruul still taking its place as one of the top three most played archetypes in the metagame as a whole. What does this mean for Mono Green Food going forward? Before we answer that question, I first want to talk about this article’s main focus. You guessed it:

Feasting Troll King is probably my favorite non blue or white card in the current standard format, for a fitting number of reasons. First the card has strong inevitability, as it can withstand a wrath or trading with a creature in combat to only be reanimated as soon as it’s your turn. It has some of the highest states of creatures in standard, even larger than Elder Gargaroth at a similar mana cost. Vigilance makes it both an indomitable attacker and blocker. The card also pairs incredibly nicely with Witch’s Oven, Trail of Crumbs, Gilded Goose, and Castle Garenbrig. While I’ve been set on casting Shatter the Sky and Elspeth Conquers Death in standard, I inevitably keep losing to this monster of a card that is so resilient to multiple types of answers. Shattering a Feasting Troll King only for it to reanimate the following turn (and triggering Trail of Crumbs three times) is not an ideal exchange for any control mage.

The only real constraint to Feasting Troll King is its mana cost; quadruple green is not the easiest to cast without Castle Garenbrig in play, so the card is locked into a base (mostly) green deck. The card’s quality is then constrained by the other 56 cards supporting it. While Feasting Troll King is not the end all, be all of standard creatures, it certainly is a powerful threat that’s a hallmark of the Mono Green Food deck, which has broken through as one of the current Standard’s powerhouse strategies.

While Mono Green Food is the premier Troll King strategy, I think it’s worth revisiting a previous deck that put the likes of Gruul in its place.

Ondrej Stratsky piloted this list to the finals of the October ChannelFireball Pro Showdown, inevitably falling to LSV’s Dream Trawler-infested Azorious Yorion. Taking inspiration from the base of this list, focusing on Gilded Goose, Skyclave Apparition, Trail of Crumbs, and The Great Henge, we can adapt this deck to the metagame formed by the Zendikar Rising Championship.

Here’s where I ended up:

Selesnya Yorion is by no means a player in the current standard, but it has strong potential to be. The deck initially struggled with Dream Trawler in the earlier days of Standard, leaving Azorious Yorion to take its place in the spotlight, if only for a brief weekend or two. There are a few reasons why Selesnya Yorion may be the next midrange deck to come out on top in the current format.

While these green midrange strategies might be weaker vs the likes of Temur Adventures and Dimir Control, with Gruul and Rogues putting up a 50% win percentage, we may see a decline in these strategies over the coming week. It’s worthy to note Barclay “winning” the Standard portion with Dimir Control (although the actual record was x-x) might lean players to play it regardless of how it stands in the metagame.

Other than that Mazemind Tome, Vivien, and Garruk all pack a punch against the various control strategies, with cards like Shatter the Sky and Casket slotting in vs the Gruul decks. I also wanted to lean more on The Great Henge in this deck, which is why I included four Lovestruck Beast. This list isn’t as flashy as some of the original Selesnya Yorion decks, but it’s more focused on powering out threats as opposed to trying to string together the Charming Prince + Yorion loop or play less-impactful cards like Omen of the Sun or Llanowar Visionary, which can’t even block a Brushfire Elemental!

Mono Green Food had a 27% win percentage this past weekend versus Temur decks. While there’s virtually no way to stop a Genesis Ultimatum from being cast, Containment Priest might be the clean answer to counter the best card from the Temur side. You’ll still have to Glass Casket, Apparition, and Elspeth Conquers Death your way through hardcast Edgewall Innkeeper and Terror of the Peaks, but Containment Priest can prevent some of the more powerful things that the Temur deck is capable of. It also might have some fringe benefits versus reanimated Feasting Troll Kings or creatures entering from opposing Yorion triggers.

With Mono Green Food being so popular Heliod’s Intervention has a bevvy of targets, shutting off the engine of Trail of Crumbs or The Great Henge and can allow your Elspeth Conquers Death to freely conquer any opposing Feasting Troll Kings that may be seeking a timely escape through Witch’s Oven.

With the recent results Feasting Troll King is without a doubt a dominant player in the current Standard. Going forward I’m sure Mono Green Food will still remain a solid deck choice. However, if you’re looking to adapt to the current metagame and find a deck that’s exceptional against the creature strategies, Selesnya Yorion might just be the deck for you. I won’t fault you for sticking to Basics Forests, however, just make sure you throw a couple Chainweb Aracnirs into your sideboard as an extra precaution.