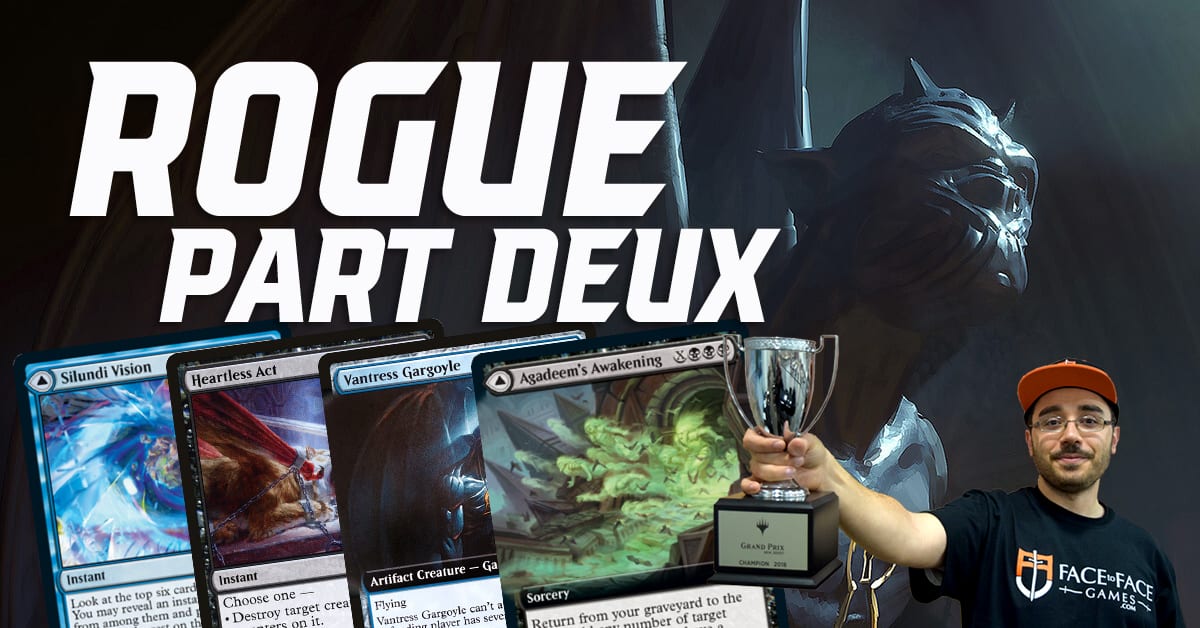 Hopefully you started with my last article. I’ll be transitioning from there after my experience in the first MPL/Rivals Split Weekend. It can be a mouthful, but when you have the best players in the world, you really have the best testing gauntlet from which to draw the best data.

Here’s what I played:

Overall, the deck was really good. Going 8-4 amongst this crowd felt quite solid. My losses were to Gruul Aggro twice, Rakdos Kroxa, and Crab Rogues. Despite winning both my game ones against Gruul, the sideboarded games felt way behind. Adapting the sideboard plan to adapt with theirs is something to consider for next time. Perhaps adapting the control role, but also finding sleeker answers to threats. The Great Henge is a big problem, but they also board into Klothys, God of Destiny. Klothys is the bigger problem as once it\s resolved we have no way of interacting with it.

Rakdos Kroxa felt designed to beat my deck in game ones. Post-board games were a lot closer, but I still feel disadvantaged here. Finding a solution to this will be important to overturn this matchup. The hope is the Azorious decks don’t diminish or this deck will likely tick back up in numbers. The thought process here is that we need to figure out a way to account for them utilizing their graveyard. Ox of Agonas is so darn good and I am not exactly sure how we play around it without sacrificing too much. Epic Downfall can answer Kroxa or Ox but not until after they’ve gained so much value. Even then it cannot even target Skyclave Shade.

As for the Crab-ish mirror. I’ve long felt that whomever is sleeker on curve tends to be favored. Some have had the reverse opinion of go bigger, but after my performance in those matchups this weekend. I feel confident saying that’s not the way to go. So, to solve this problem at the very least I am going to drum up a version more like this:

Cards that really underperformed on the weekend like Bloodchief’s Thirst can be relegated to the sideboard easily enough. This made room for a more proactive plan with additional one drops. The real key in most games with this deck is resolving an Into the Story and burying the opponent with card advantage. Soon as you start playing that game you unlock the true power of Rogues. Thanks to the additional Crabs we can likely pull that play off more quickly now. The added bonus of having an 0/3 blocker is ironically not too bad either in some matchups.

The big takeaway for most was how good Gruul performed in league play. I opted for a slightly more aggressive route as I haven’t been too fond of Scavenging Ooze in such an aggressive deck. Here’s how I would drum it up for now.

If you want to have a decent Gruul and I think Rogues matchup, then I would consider this bombshell that I was very surprised to find that of the 72 League members no one registered.

If I had to hazard a guess, its\ that there is an inherent flaw in its internal consistency. What I find is many people play too many situational cards just to create synergy. When the overall power level of the deck is probably what needs focusing on. Who wants to be reactive in a proactive rewarding game?

I’m not sure how a deck like this beats the Wicked Wolf green food brews which is the only downside. As always assess your local meta before picking up a deck like this. If you want to trounce the Green Foodies though stick to good ole reliable Rogues and you’ll have a grand ole time. People are still leaning on Arachnid Spider and the newsflash is it’s not actually good. I was even about to qualify Arachnid Spiders’ playability with a “not that good” for posterity, when I reminded myself that it’s really just poop.

As always thanks for stopping by and be sure to like, retweet, and share for visibility if you’re enjoying my content. Heck even if you’re not but you kinda like me and want to see me succeed at things. Thanks all!