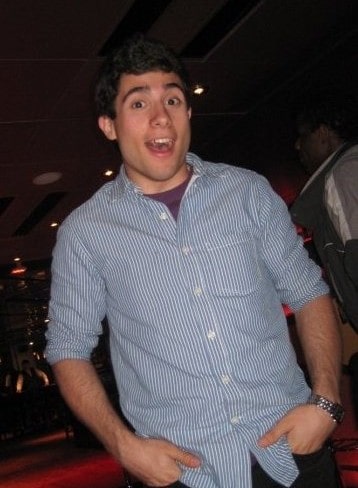 [KYT’s Note – Peter is a friend of mine and I have to say, this kid’s heart is made out of gold. What you are about to read is Peter’s unselfish attempt to raise funds for a cause that does not directly benefit him at all. He has gone out of his way to approach every MTG store in Montreal to ask them for donations to be used in a fundraising contest. When Peter asked me if I could help him get the word out about all this, I obliged. Hopefully, some of you Mana Deprived readers can help him out!]

Magic: the Gathering is not just a game. To a lot of people, myself included, Magic is a way of life. The friendships cultivated, the experiences shared in sometimes foreign and exotic places, as well as the sense of community, both local and global, come to the forefront of our minds when considering all that this game has offered to us as players. Unfortunately, more often than not for those who don’t share our love for Magic, different perceptions come to mind about the game and its players. These misconceptions, which vary from ideas of players being socially inept to negative judgment of our beloved hobby as “nerdy” and a waste of time, have affected each and every one of us on some level during the course of our time playing Magic. Although I have gotten to the point in my life where I can confidently explain to strangers about my hobby and passionately discuss all the positive ways it affects me, it hasn’t always been as easy. As true as it is that judging people based on their hobbies without truly understanding the hobby itself is ignorant (and the sad reality is that many, if not most, are too quick to judge), the fact remains that misconceptions are detrimental to society as a whole.

One individual who is no stranger to the ill effects of scrutiny and judgment is Luca “Lazylegz” Patuelli, a b-boy hailing from Montreal. Luca was born with arthrogryposis, a condition which affects muscle and bone development. Instead of letting his disability govern his life, Luca continues to break dance with an international crew of b-boys which he founded in 2007 (who also are affected in some way by a physical impairment). The kicker? He and his crew have taken it upon themselves to travel the globe, performing at schools, hospitals, and other venues to fulfill their mission, which includes shattering misconceptions that society may have about people with a mental or physical disability, to inspire and entertain audiences in a positive environment using unique moves and styles, to get out the message of “No Excuses, No Limits” and to show people that anything is possible.

Having briefly met Luca in person a couple of months ago, I was so inspired by what he and his crew members were doing that I made it a goal to raise as much money as possible for their cause as possible by the end of their 2011 tour in order to help them to continue to shatter misconceptions about being disabled. Whilst talking with KYT, I was astounded at how much support the Magic community offered Jay in getting to Toronto, with extra funds left over to donate to the tsunami relief fund no less. At that moment I was struck with an immense pride in our community and in the willingness for Magic players to help each other out. There may be misconceptions about Magic players, but one that is definitely untrue is that we’re not involved in the community and care about nothing more than just the game as it applies to ourselves.

So that’s where each of you come in. I have made it a personal goal to gather pledges for a three mile Spartan Race at the end of May which I will be running on behalf of Luca and his crew, “Ill-Abilities”, but the more money we can raise by the 15th of May (which marks the end of the 2011 Ill-Abilities tour this year), the more likely it is that the Ill-Abilities crew will be able to continue to raise awareness and shatter the misconceptions of mental and physical disabilities. Therefore, with the incredible support of ManaDeprived and the Eh Team, as well as the local community of stores in Montreal, we’re holding a contest in conjunction with the charity drive, as an added incentive to help out this incredibly worthy cause.

All the relevant information about the contest, the Ill-Abilities crew, and contact information for key individuals will be displayed below. From the bottom of my heart and that of Luca’s, including everyone affected in one way or another by a disability, thank you for your support; I know the Magic community will definitely not let me down!

Who is Luca “Lazylegz” Patuelli, who are his other crew members, and how is my donation going to help?

All proceeds are going to the Ill-Abilities crew, who will use the proceeds to fund minimal-cost performances by the crew in schools and venues around the world in need of inspiration. To learn more about Luca and the members of his crew, visit http://www.illabilitiescrew.com/, or follow them on Twitter and Facebook for updates and information.

How can I donate?

You can make your donations via PayPal by sending money to the following email address: mialo1@hotmail.com.

What is the deadline to donate, and why should I donate as soon as possible?

The deadline to donate in order to be entered in the draw is May 14th, and as an additional incentive, if you donate before Friday, May 6th, your name will be added once extra in the draw pool (giving you one extra chance to win some of the cool prizes!).

What do I get for donating, besides the good feelings of having donated to a worthy cause and helping to shatter misconceptions about disabilities?

For every $10 donated, your name will be added to the pool to win one of the many prizes available. However, we are limiting the draw so that each individual cannot win more than one prize to establish fairness. Therefore, if you donate $50, your name will be added to the draw pool five times, and if you win a prize from the draw, you will be ineligible to win additional prizes.

What is the goal to reach?

There is no specific goal in mind to reach; the more money we can gather for Luca’s cause, the better. However, we have high hopes that we will be able to raise more money than we would have made just by selling the products and then donating the proceeds to Ill-Abilities.

I’ve donated, but I’m still interested in helping out more. What can I do?

If you’ve already donated, thank you from the bottom of my heart. If you want to do more, or attend a fun event and live in Montreal or the surrounding area, consider coming to the No Limits fundraiser event on May 15th, 2011 at Club Soda. See website for more details.

If you live in Montreal, or the neighboring areas, you can do more and have fun at the same time! How?

By partnering up with Gamer’s Vault in Montreal, there will be a Standard tournament open to all on one weekend in late May, with a prize pool of a “From the Vaults: Relics” set and a New Phyrexia fat pack as the top prizes (generously donated by the store), with additional prizes in the form of 2 copies of Jace, the Mind Sculptor to be added to the prize pool by Peter if we manage to get 32 or more players. The entry fee will be 20$ and ALL proceeds go directly to Ill-Abilities. More information to come in the near future!

If I have questions or comments, who can I contact?

If you have additional questions or comments, feel free to email me at peter.sachlas@hotmail.com. If I can’t answer your question, I will gladly redirect you to the appropriate individual.