As of this writing, Spellskite is the third most played non-land card in Modern because of its versatility and the high quantity of cards it interacts with. It’s also the source of many judge calls – “Judge! Can I use my Spellskite on my opponent’s Deflecting Palm?”. In this article we’ll go through how Spellskite behaves with many cards in the Modern format. By the end you should feel more confident playing with and against this card.

This article is a spiritual successor and update of the excellent 2013 article “Modern Rules Problems – Spellskite” by level 2 judge Nathan Long and the 2015 Spanish article “Reglas e interacciones del Spellskite”. In addition to discussing how newer cards interact with Spellskite, we’ll get into a bit of the strategy we can use once we understand the interactions better, which goes beyond those articles. 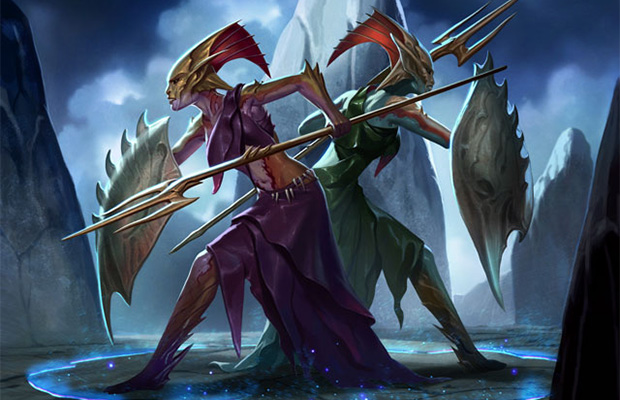 Here are four scenarios that illustrate the depth of Spellskite in Modern. Try to solve these now, and I’ll discuss them at the end of the article.

You are playing Affinity and your Merfolk opponent is at 9 Poison and 15 life. From an earlier Wanderwine Hub you know that they have a Harbinger of the Tides in their hand and exactly enough mana to cast it (they have no other board or cards in hand). You have on the battlefield an Inkmoth Nexus, a Blinkmoth Nexus, and a Spellskite. You draw a Glimmervoid for turn and have no other cards in hand. Can you win this turn?

You are playing as RG Tron against Grixis Delver. You have an Urza’s Mine, an Urza’s Tower, an Urza’s Power Plant (which you just played this turn), a Spellskite, and a Chromatic Sphere. You are at 4 life. In hand you have a Wurmcoil Engine, Karn Liberated and a Grove of the Burnwillows. Your opponent has 2 untapped Steam Vents and 2 untapped islands, and suspect your opponent has a Lightning Bolt and a Snapcaster Mage. Find a line that lets you survive through Bolt-Snapcaster-Bolt.

You have activated a Mindslaver on your turn, with no cards in hand and two untapped islands and an Academy Ruins. Your opponent starts their turn with a Mountain, Plains and a Spellskite on the battlefield. They are at 19 life and draw an Arid Mesa for turn. Find a way to win this turn. How would you win if they were at 18 life instead?

You are playing as Burn against an opponent with only a Misty Rainforest, a Spellskite and 2 tapped Breeding Pools, 5 cards in hand, 10 life. You have 3 Mountains and an Arid Mesa on the battlefield, and after drawing for turn you have a hand of Lightning Bolt, Lightning Bolt, Searing Blaze, Searing Blaze, Smash to Smithereens, Monastery Swiftspear. Get your opponent to as low a life total as possible this turn.

Let’s dive in by reading the card itself.

Artifact. This benefits Affinity by increasing its Cranial Plating count. However, this also makes Spellskite vulnerable to Destructive Revelry, Natural State, and Stony Silence turns off its ability.

Creature. It’s got a body you can sacrifice to Liliana of the Veil. It also happens to be colourless so you can search for it with Eye of Ugin.

0/4. Four toughness means it survives Lightning Bolt, the most commonly played non-land card in Modern. Spellskite’s lack of power makes it vulnerable to Twisted Image, but it also means that it can attack under an Ensnaring Bridge even when the opponent has 0 cards in hand.

Rancor and Daybreak Coronet. When Auras are cast they have a target, so Spellskite can steal that Rancor an opponent casts on their Experiment One. Be careful about Auras that have restrictions on the types of creatures they can enchant. A Spellskite without an aura on it is not a legal target for Daybreak Coronet, so trying to redirect it won’t do anything useful.

Cranial Plating. Both ways of equipping a Cranial Plating (by paying 1 or BB) can target only a creature you control, so an opposing Spellskite cannot steal your equipment.

Spells that don’t target. Every spell is a legal target for Spellskite, even ones that don’t target anything, such as Damnation or Divination. This doesn’t really accomplish much. When asking a judge about a Spellskite interaction, judges will answer the exact question that you ask them. So if you ask “Can Spellskite’s ability target Divination?” they will say “Yes it can.”, even though it won’t really do anything. Judges are not there to give you strategic advice, so don’t expect an answer of “Yes, but it won’t accomplish much.”

Overpaying. You can target the same spell or ability multiple times with the same Spellskite, even if the spell or ability only has one target. This is one of the main reasons why you should sideboard out all of your Spellskites against U Tron: If they Mindslaver you and you have a Spellskite they can make you repeatedly pay 2 life.

Spellskite leaving the battlefield before its ability resolves. If Spellskite leaves the battlefield before its redirect ability resolves then the target is not changed. This can be used to eke out extra damage from an opposing Spellskite. For example, if you cast Lightning Bolt targeting your opponent and they pay 2 life to redirect it, you can respond by casting Terminate on their Spellskite. They can respond by paying again to redirect the Bolt, but in this case your Lightning Bolt was good for 4 life loss.

Valakut. The Scapeshift deck will try to win by casting Scapeshift with 7 lands, getting a Valakut and 6 mountains, which puts 6 copies of Valakut’s “3 damage trigger” on the stack for 18 total damage. Your Spellskite can redirect each of those triggers, which will mean you only pay 12 life and take no damage from Valakut. Functionally, Spellskite turns Valakut into only dealing 2 damage per trigger.

Electrolyze, Conflagrate. In contrast to Kolaghan’s Command, the word “target” only appears once on Electrolyze. So if your opponent uses Electrolyze on your Signal Pest and your Vault Skirge, then Spellskite will only be able to save one of your creatures. Multiple activations of Spellskite won’t save the other one as well. This interaction is exploited by the Ad Nauseam decks when they cast Conflagrate for X=21, dealing 1 damage to your Spellskite and 20 damage to you. In that case Spellskite cannot save you as it is already a target of Conflagrate. 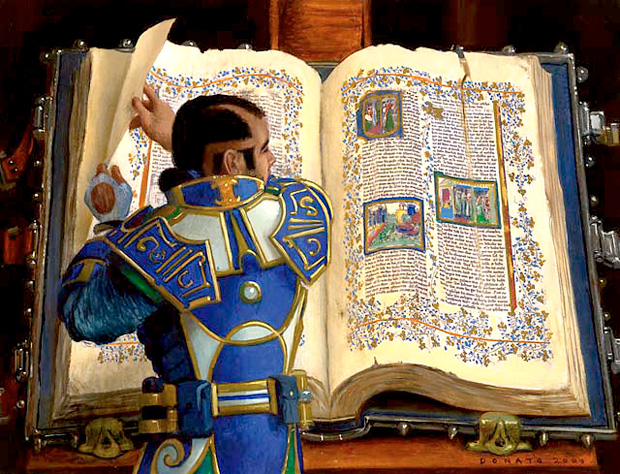 Let’s tackle the scenarios at the beginning with our new found understanding of Spellskite.

If they respond with using their Misty Rainforest (Opp: 9 life), use your Arid Mesa for a Mountain and Bolt them again. They will pay 2 life to redirect it (Opp: 7 life). Respond with Smash to Smithereens. They will respond by redirecting both Bolts (Opp: 3 life). Then the Smash to Smithereens will finish them off. If they don’t use Spellskite after you Smash, then the second Bolt won’t get redirected, so they will take 6 from the Bolts (which is a line that leads to 12 total life loss).

Thanks for reading. Let me know what you think; I’d love to hear from you. What’s your favourite Spellskite interaction? Have you ever used Spellskite to target a Fetchland ability?

Catch me at Legacy FNM at Face to Face Games, send me a message on Reddit /u/mpaw975, or send me an email at mpawliuk@gmail.com.