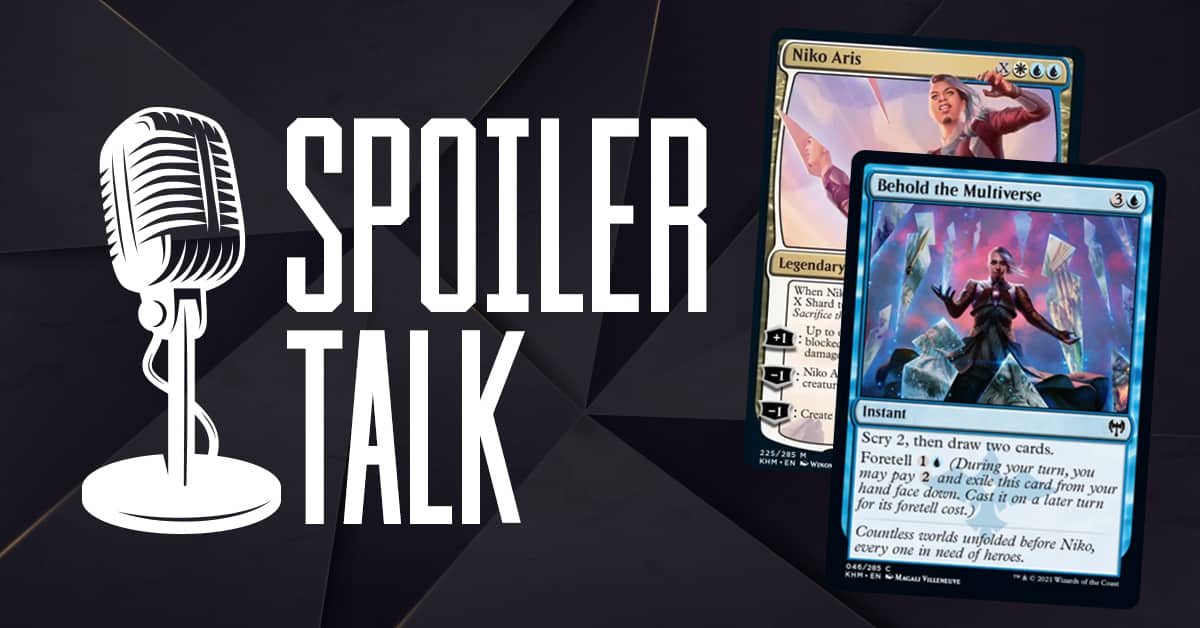 If you’ve kept up with my articles on Face to Face Games, you know by now that I’m a sucker for any cards that could be viable in a control shell. Kaldheim spoiler season is now upon us and the first batch of spoilers came with an unexpected gift: the next Azorious planeswalker, Niko Aris.

Niko is a hell of a card to read. UW gets its first ever planeswalker with a “x” in its converted mana cost (a mana cost that harkens back to Sphinx’s revelation…more on that later), making this unique planeswalker versatile off the bat. Niko’s first strength is that they can either be cast as a three-mana walker and generate more value the more mana you have available. While recent sets have shown us that some three mana mythic planeswalkers aren’t always good (I’m looking at you Dovin Grand Arbiter and Jace, Mirror Mage), Niko does a lot of work at just three mana. On turn three you can generate a shard token, similar to the clues from Shadows over Innistrad, but with a scry stapled on, or potentially shoot down a Robber of the Rich or some other 2-toughness creature. In a control mirror Niko can start popping off shards, giving you some extra draws in the “draw-go” phase of the game, or some extra value later on when you get a chance to crack them. While you don’t draw the cards immediately, three mana for three clues with upside isn’t the worst, especially when you can keep +1ing Niko.

Again, this is all at three mana. While topdecking Niko in a long game won’t certainly settle things on the spot, it will provide you a mountain of card draw to bury your opponent in. Control decks thrive for the point in the game when they have 8+ lands in play, and Niko certainly plays into the game plan of pulling ahead and stabilizing your position.

Niko’s +1 ability also has a variety of uses as well with a bevvy of potential targets in a control deck to choose from. Niko can bounce back your Yorion or Skyclave Apparition back to your hand. Niko can guarantee a huge hit from a Dream Trawler or Shak Typhoon token. Imagine stockpiling +1/+1 counters on your Crawling Barrens and topdecking Niko for lethal! While the +1 ability might not always find a target, it can be extremely useful in multiple scenarios that range from resetting your “enter the battlefield” permanents to pushing through a lethal attack.

Lastly, it’s important to understand which cards might synergize well with Niko. Archon of Sun’s Grace seems like a great companion for “Finale of Glory” style effect when you have the mana to make multiple shard tokens. Niko also mixes well with the likes of our flying friend Dream Trawler and Mazemind Tome, giving them ways to multiply the two damage on their -2 ability. One other card that was spoiled that gives me hope for control decks in Kaldheim standard is Behold the Multiverse.

I was already hoping to get a new “Glimmer of Genius” type card in the format. While Ray of Revelation filled a similar role, a Scry 2 is definitely an upgrade, especially in a format where you have to find answers to troublesome cards like The Great Henge and Embercleave. Ontop of being a great Glimmer of Genius copycat, the “foretell” ability on this card is absolutely insane. While it may not seem all that important, since later on in a given game you’ll most likely be casting this card for its original mana cost, foretell allows you to discount this spell’s cost on turn 2, giving you a two mana draw two at any point later in the game. This is a great resource to either dig for a wrath for turn 4, or sandbag for future use.

I’m looking forward to seeing what other goodies Kaldheim might give my fellow control mages. Niko Aris definitely has the versatility to be a major player in the new standard format. While the card is no Teferi, Hero of Dominaria, Niko being able to be cast on turn 3 or later on the game with a bunch of shards seems like a perfect fit for a control deck. Behold the Multiverse also has a really unique design, giving the flexibility of discounting a Glimmer of Genius type effect as early as turn 2 to be cracked on a later turn. While standard is still heavily dominated by cards from Throne of Eldraine, I have hope that Niko and Behold the Multiverse will see play. Who knows what other control cards are just waiting to be spoiled?