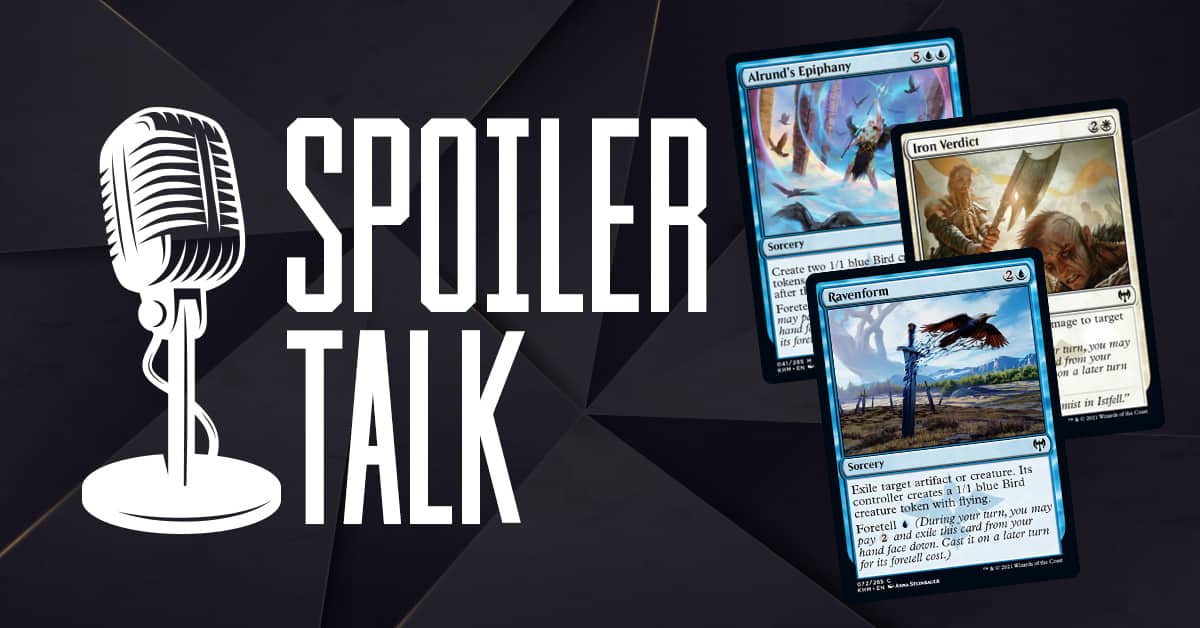 Nothing excites me more than seeing new UW gold cards printed into Standard, and this one sure is a doozy to read. Behold, Niko Defies Destiny:

While I’m not sure if every Foretell card is spoiled yet (at the time of writing), this card probably only really shines in a deck that’s chock full of them, so let’s do some theory crafting. The first chapter only gives you value if you have Foretold a card into exile on turn two or a previous turn. Second chapter gives you a UW ritual (weird, right?) and allows you to either discount a Foretell card or pay for the Foretell initial exile cost. Of note, the second chapter discounts your Foretell card whether it is in exile or in your hand, so that’s kind of neat. After the third chapter we get to buy back a Foretell card from the yard. Sweet. So overall for a three mana investment we get two mana back, hopefully at least two life back, and get to “draw a card.” While that may be a good deal the pressing matter here is if we actually have enough Foretell cards to make Niko Defies Destiny work.

Okay, so my first thought when building a deck with this card is to just throw every good Foretell card into it. So here we go. There are a number of different scenarios that can happen if you Foretell a certain card on turn two and follow up with this saga. After foretelling it and casting Niko Defies Destiny you get to cast Alrund’s Epiphany on turn four. Not the worst trade for a timewalk on turn four and two bird tokens, but it does require you to both Foretell it on turn two, cast this saga on turn three, and not get it back since Alrund’s exiles itself. But picture this, on turn four you cast Alrund’s, and on your extra turn in response to the third chapter trigger you can cast Behold the Multiverse and get it back! It’s definitely a lot of durdling but there are some cool ways you can utilize Alrund’s Epiphany and this saga.

The next scenario involving this card is a turn two Foretold Starnheim Unleashed into a turn four where you get two 4/4 Angel tokens with buyback. Again, not the worst trade off but it requires some set up. I also like the idea of Foretelling a Behold the Multiverse on turn two, casting Niko Defies Destiny on turn three, and then turn four casting both Shatter the Sky and Behold the Multiverse and buying back Behold on turn five. There’s definitely a lot of things that can be done with this saga and my mind is racing trying to figure out the best cast (and worst case) scenarios.

As for deck construction I’d also look to play Strategic Planning instead of a card like Omen of the Sea. While it is a sorcery, Planning can find your Niko Defies Destiny for turn three and bin a Foretell card to buyback on the third chapter. An issue I see at the moment I’m writing this article is that there aren’t a lot of great Foretell cards spoiled. Alrund’s Epiphany, Starnheim Unleashed and Behold the Multiverse are fantastic, and Saw it Coming isn’t the worst to have access to either. However the only removal we have for Foretell cards are Iron Verdict and Ravenform, neither of which I’m a fan of. Iron Verdict not being able to kill Vigilance creatures and only deal five damage does nothing in the face of Feasting Troll King, Questing Beast, and Wicked Wolf, and Ravenform can only be cast at sorcery speed. Ravenform can exile important threats like Embercleave, Anax, Feasting Troll King, Kroxa, and The Great Henge at least, but I’m not thrilled about my opponent getting a token and only being able to cast it at sorcery speed. I’m crossing my fingers we get a Foretell wrath or better removal spell in Blue or White before the set is completely spoiled.

I’d probably approach filling the rest of the deck’s open slots at the moment with classic UW cards like Dream Trawler (synergizes nicely with some of the draw effects in the deck and Niko), Skyclave Apparition, Negate, Glass Casket, Mazemind Tome, Shatter the Sky, and Elspeth Conquers Death. While I like the idea of Yorion flickering a Niko Defies Destiny, I’m not sure if there’s any space maindeck for a few copies and I don’t think I want to be an eighty card deck if I’m going all in on the limited Foretell cards I have available to me.

Here’s the base of how I’d build this deck so far:

Niko Defies Destiny is definitely one of the weirder sagas and UW cards I’ve seen in recent memory, but I think it might have some strong applications with the currently spoiled Foretell cards. I’m really hoping we get a Foretell wrath or another form of removal, but I might have to make do with what’s available. Hope you enjoyed this slightly longer edition of Spoiler Talk and I’ll catch you next time. As always, thanks for reading