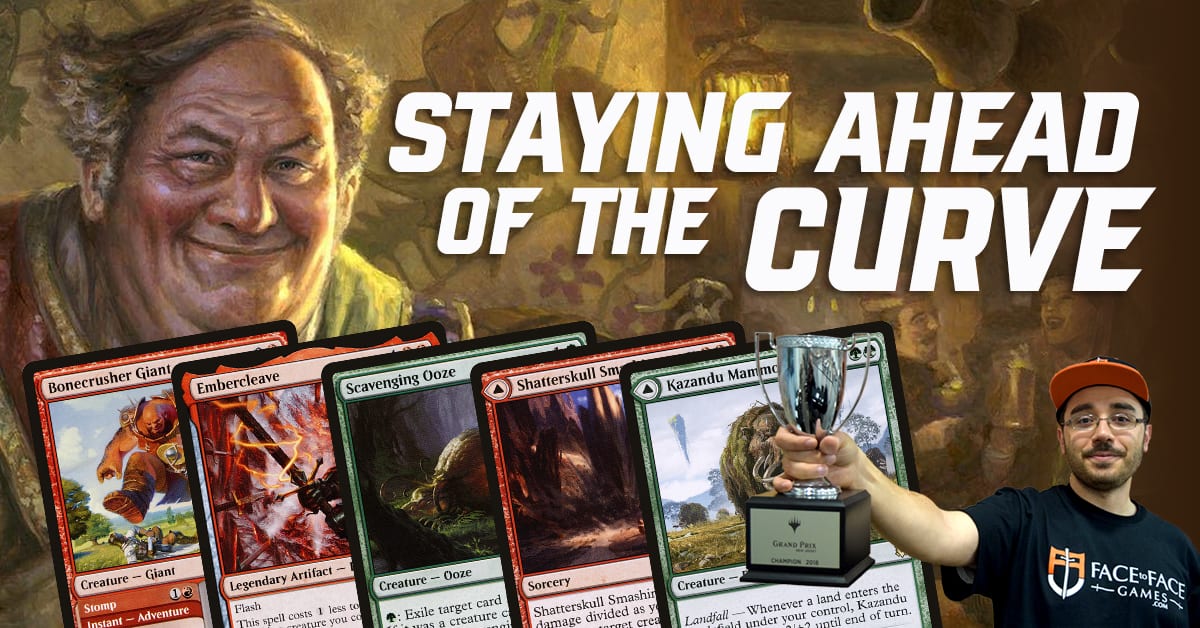 Staying on theme with my articles for 2020, we are going to look at competitive Standard today. Soon after Zendikar Rising was released the format got a big shape up. The first big tournament to showcase that shakeup in my mind was the MPL/Rivals split weekend.

72 of some of the best players in the game faced off. Each and every match streamed and available online. With all that data collated we were able to tell who the big winners and losers of the format were. While everyone was picking Rogues as their favorite, it was actually Gruul that surprised more than a few as the top dog of the format.

I believe the main boost this deck got post Zendikar Rising was actually the absence of Aether Gust in the format. It has continually surprised me just how powerful Aether Gust has been across many formats. With that gone this deck is able to leverage Embercleave and Great Henge to overwhelm almost any deck.

I myself fell into the category of playing Rogues and two of my four losses was to the Gruul beatdowns. Rogues can be built many ways and I chose to move away from the Ruin Crab lists and play a list slightly more controlling. You can see that list here;

Over time the deck underwent changes based on the meta. After Gruul became top dog I changed my Rogues list to look a little more like this;

Now Standard can change pretty fast. If there’s a way to beat the top deck someone will usually find it (a process by which we see turnover until there’s either a deck that’s Tier S and warps the format or we find a few viable Tier 1 decks and people start to try and get creative).

For week 2 of the MPL/Rivals split we saw people challenged with the task of overthrowing Gruul. Gruul still showed up with the largest number of players piloting it despite expectations. A select few players however were on top of their Rock, Paper, Scissors games and brought Esper Doom Foretold decks to the picture.

Esper Doom Foretold preys on creature matchups by setting up recursive removal spells with the aid of its companion Yorion. Esper tends to thrive in situations where people are being more aggressive and less controlling or comboey. The deck looks like this;

This deck is one of the more complicated ones to pilot. Understanding how Yorion blinks with a second copy for instance can make a big difference in the power level of plays. Balancing your Saga’s to keep reutilizing their effect is a sure-fire way to victory in many matchups. Thanks to the 80-card balancing act, the Rogues mill strategy becomes much more difficult and they are forced to attack your life total most games instead.

With the Zendikar Rising Championships coming up in just one short week from now. We are likely to see most of the best players in the world approach the problem of how to best stay ahead of the rest. Some will choose Temur Ramp strategies hoping to prey on Esper Removal strategies. This overpowers the on-board advantages by using Genesis Ultimatum to win quickly and decisively. Others yet may revert to older strategies like Rogues in order to prey upon Temur Ramp.

My hope is we see newer, even better decks emerge when players are given the time to solve the format even more. It will be even sweeter if what comes of that time is also fun to play with and against. I for one am looking forward to competing in this next gauntlet with the rest of them and finding out with the rest of the world. As always thanks for stopping by!