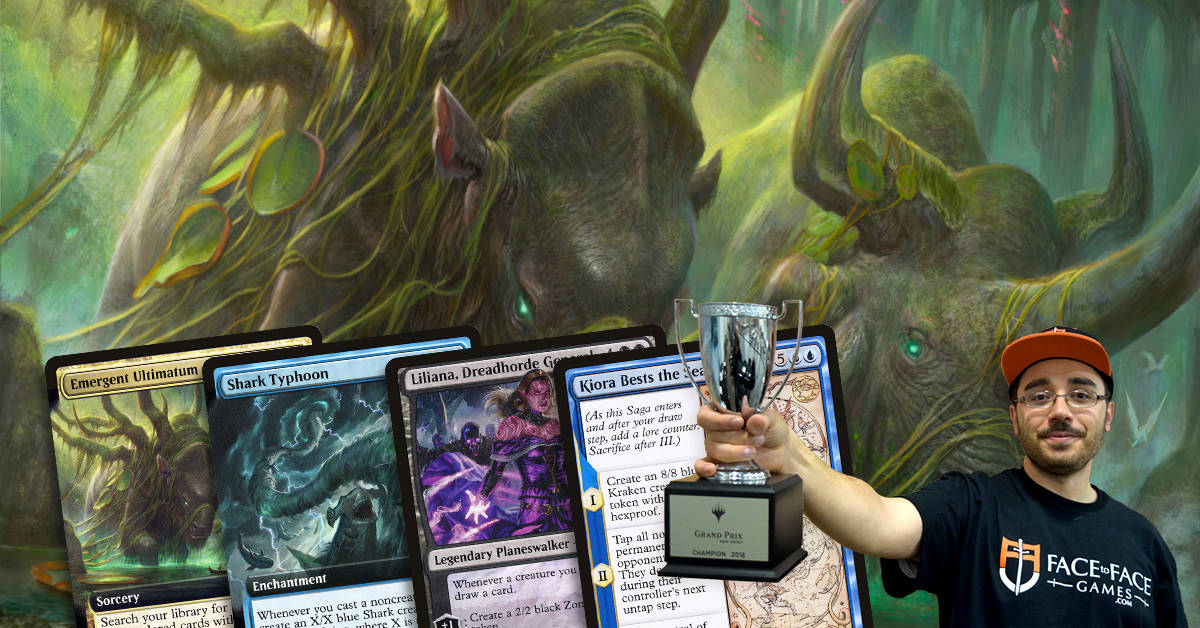 I’ll admit I only needed the two points from entering the Star City Games Qualifier when I put this together last minute. I had seen something akin to it before the last set was released and it looked like fun. I did end up going 4-0 however and now feel like maybe the deck has legs.

There’s been a common trend amongst the “Best Deck in Standard” for the past couple rotations. Yes, the amazing Mythics are a part of it. In reality I would say it’s the customizable sideboard adjustments. So often the “Best Deck” isn’t actually for Best of One matches. When you factor in how much of a favorite they become when you can draw from all the best cards to suit any matchup, that’s when they really shine and show just how powerful they really are.

Sultai certainly fits that description and this deck isn’t any different. When we learn what we are up against and can remove the cards that aren’t good in those specific matchups (Negate vs Green for example), we gain a significant edge. Even when we improve our tutor targets with Emergent Ultimatum things generally get much better.

When I wasn’t rushed and had time to pour over my decisions on cards, I didn’t find much I would change. A sideboard Ritual of Soot was added over an additional copy of Extinction Event for the variability for Emergent Ultimatum against aggressive decks. I may reexamine the mana base later to see if one or two adjustments might not be ideal, but for now I am leaving it like it is. Speaking of which here it is!

New combo-oriented decks like this can be complex at first. So, I went to the trouble of making an adjustable sideboard guide to help everyone out at first. I wish it could be an exact guide but people are changing lists so much and each iteration requires sideboard adjustment. Luckily, you’ll probably face Sultai 50% of the time and can get the handle of that matchup’s sideboard quickly.

It’s easy to tell that game 1 is not our friend against aggressive matchups. However, if they stumble or aren’t extremely fast at ending the game. We really shine at seven mana. Control on the other hand we eat for breakfast.

It’s important to get very familiar with the deck because Emergent Ultimatum is tricky enough without a rope pushing you to make a decision. You’ll need to interpret the card your opponent won’t give you so you can figure out the two cards you need to string together. Planetwide Celebration is almost invariable a choice and to pair with it, Liliana, Dreadhorde General. After that you can pretty much guarantee you can take any other card otherwise the Liliana can be used for its ultimate right away and that’s back breaking.

However, if you’ve already drawn some of these cards you may need to draw upon other powerhouse options to get the most out of your spell. I love how Boon of the Wish Giver is both an excellent spell to choose and not a bad card in the early game thanks to its cycling ability. Same can be said for Shark Typhoon. Many Sultai lists are cutting Casualties of War as the deck is evolving and a resolved Shark Typhoon can be too much to handle.

Kiora, Bests the Sea God is another one of my favorite tutor targets. If paired with Planetwide Celebration you can proliferate twice to get an 8/8 hexproof token, tap down all your opponents creatures for two turns, and steal their best permanent. If your choice of three cards is Kiora, Liliana, Planetwide then they almost always have to give you Kiora and Liliana, which means you have excellent protection setup, compounding gains over the next several turns, and the Planetwide Celebration still looming in the deck to setup for other excellent plays on future turns.

Having the line of Uro on turn three into Nissa on turn four is already broken in Standard. Imagine your turn five is Emergent Ultimatum and the opponent is facing down the choice of those three cards. It’s probably lights out and Good Game.

With open decklists this deck gets even better in my eyes because you can fully understand the counterspell options your opponent can use to thwart you. The six copies of hand discard spells are meant precisely to ensure they cannot. If your opponent is playing multiple copies of limited countermagic, such as Mystical Dispute or Quench. I highly recommend drawing the game out to where you have plenty of additional mana if possible. The threat of these spells being cast often holds the opponent at bay from delivering an overwhelming killing blow.

As you can see there’s a lot to leverage with a deck like this. It’s super fun, can easily be messed up if not practiced. It reminds me a lot of the old Gifts Ungiven decks in Champions of Kamigawa Block Constructed. Just resolving the spell doesn’t win on its own but if utilized correctly gives you all the tools you may need for almost any situation. Most of all, don’t forget to have fun with it!