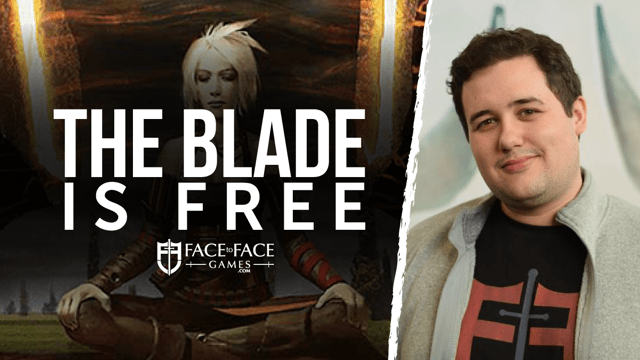 Everyone knew Hogaak wouldn’t survive the summer. After one final display of dominance in the grotesque monument to American indulgence and excess — the city of Las Vegas — this zero mana 8/8 finally drew its last breath. Rest in power, Arisen Necropolis. That said, this week’s banlist update provided some very exciting side dishes to the main course roast of Hogaak, namely the banning of wretched, evil [Card]Faithless Looting[/Card] and the oft-memed unbanning of [Card]Stoneforge Mystic[/Card]. Sure, I was ecstatic for the evil graveyard decks to have a nail driven through their (dead, cold, not-beating) hearts, but Stoneforge? Really? That’s brave.

That said, I’m not here to question their decision. I’m much more interested in welcoming this long-overdue shakeup in the Modern format, and seeing where it takes us. It’s been a long time since Modern leaned heavily on powerful two mana creatures, as [Card]Tarmogoyf[/Card]s and [Card]Young Pyromancer[/Card]s have been replaced by hordes of zombies, [Card]Vengevine[/Card]s, and [Card]Arclight Phoenix[/Card]es as the turn two play of choice. The evil has been defeated, however, and the linear decks that survived can actually be interacted with in normal, non-[Card]Rest in Peace[/Card] ways.

There are plenty of paths one can take with our new (old) toy, but the Stoneforge deck I’ll be focusing on today is merely the best deck in Magic, Azorius Control — though with Stoneforge and Jace around, I’m pretty sure everyone will immediately revert to calling it Stoneblade. I’m going to cover two approaches: a reasonable, two-colour build meant to deal with a wide metagame, and a greedy Snow version featuring the mirror-breaker. No, not Kiki-Jiki, that’s for next week. The best card in a Stoneforge mirror is, of course, [Card]Kolaghan’s Command[/Card]. But first, let’s [Card]Field of Ruin[/Card].

There’s really nothing too exciting in this build, and we’re sacrificing some potential power for consistency and access to [Card]Field of Ruin[/Card]. People will insist on playing bad guy decks like Tron no matter how many fun, fair decks they might have access to, so there’s always value in adding [Card]Wasteland[/Card] to your Modern deck. The core of this deck is dreadfully boring, so I’ll just talk about some individual cards and how they fit into this brave new world.

With so many potential [Card]Arcum’s Astrolabe[/Card] decks running around, it just makes sense to play Snow basics as often as possible. You’re unlikely to get any significant equity out of this, but the low cost of reduced aesthetic options is technically immaterial to gameplay, so just play Snow basics.

This card’s stock should skyrocket in the coming months, and not only because of the Stoneforge unbanning. [Card]Faithless Looting[/Card] being taken off the table is a godsend for a fair deck metagame, and being able to proactively and efficiently answer [Card]Wrenn and Six[/Card], [Card]Snapcaster Mage[/Card], [Card]Tarmogoyf[/Card] and countless others is a unique effect.

I’m honestly not too sure about which Sword is the best fit for Modern Stoneblade. Fire and Ice is probably best on raw power, since it’s the most likely of the bunch to result in two cards’ worth of advantage. It’s wise to not overlook [Card]Sword of Feast and Famine[/Card], however. The discard effect can quickly lock people out, shines against linear spell-based combo decks, and in case you’ve forgotten, [Card]Wilderness Reclamation[/Card] is a powerful card. That said, for now I’m happy to stick with the one that contains the best phrase in Magic: “draw a card”.

In a world of blue deck mirrors, little Teferi is king. Sure, it doesn’t line up all that well against Stoneforge, and isn’t a permanent answer to anything, but Time Raveler’s consistency at buying you a boatload of time while locking out counter-magic should give it a fairly permanent home in Stoneblade variants.

I’m not happy to have this card back in Azorius, but a full contingent of [Card]Snapcaster Mage[/Card]s coupled with an increased ability to play at instant speed thanks to [Card]Stoneforge Mystic[/Card]’s ability has baited me into including a pair in the deck. I mean, the format should slow down, right?

I’ll be honest with you, my beloved readers. I just wanted to call a deck Snowblade. I do think there’s something here, though. By taking advantage of the absurd [Card]Arcum’s Astrolabe[/Card], we get to jam a truly unreasonable set of cards together and dominate midrange matchups. If the format truly does slow down, then a deck with access to a boatload of [Card]Thoughtseize[/Card]s, [Card]Kolaghan’s Command[/Card], [Card]Lingering Souls[/Card] and [Card]Jace, the Mind Sculptor[/Card] will surely shine.

This is a rough draft, and testing will need to be done, but I’m very excited to try out a deck like this on Magic Online. The pieces are all there. [Card]Kolaghan’s Command[/Card] lets you flex on [Card]Thopter Foundry[/Card] while [Card]Thoughtseize[/Card] into Snapcaster plus [Card]Thoughtseize[/Card] can let you get away with murder (read: [Card]Lingering Souls[/Card]) against whatever linear decks remain in the metagame.

Both of these decks have very preliminary, very rough sideboards. We’ll need to see how the format evolves before making any serious innovations on that front. Regardless, I am thrilled at the prospect of some delightful, absolutely scrumptious fair deck mirrors in Modern, and I hope you are too! I swear, these kinds of decks, while often boring on paper, provide some of the most engaging, interactive and skillful Magic there is to be played. I can’t wait to play it.