The Current Best Decks in Modern 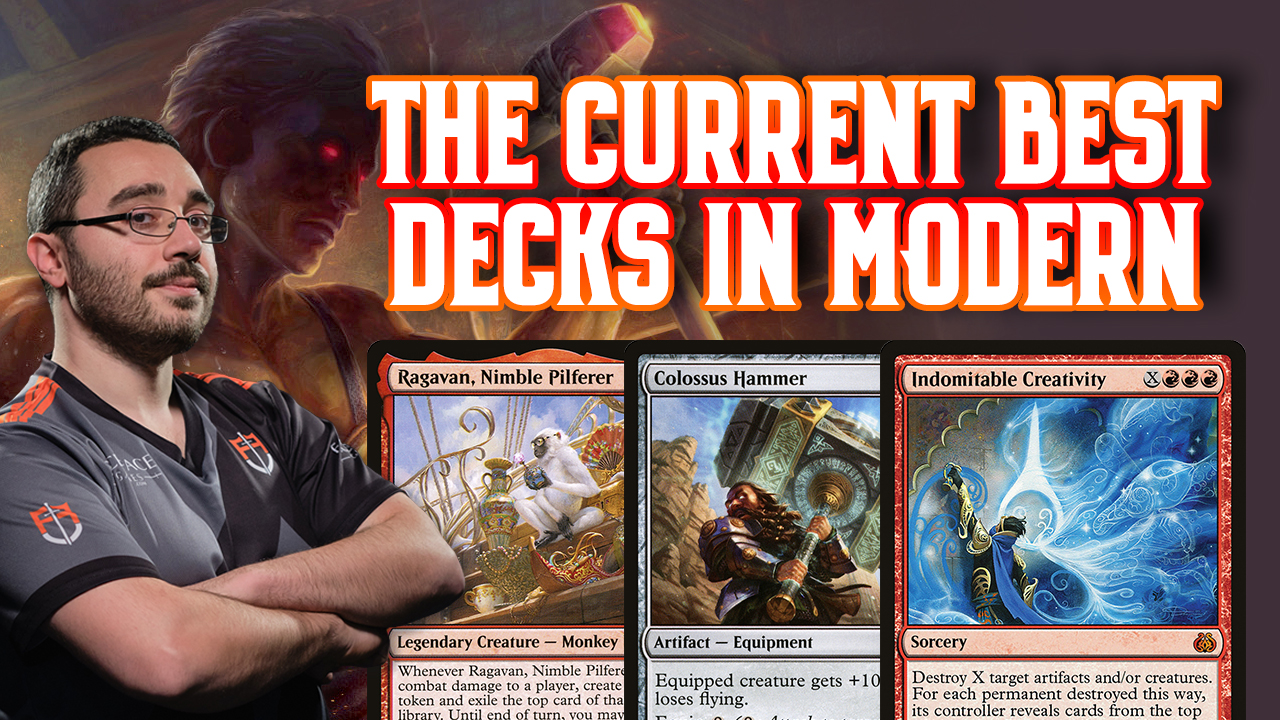 Let’s be honest, you’re here for the decklists. I won’t waste any time, let’s jump into what I think are Modern’s current best decks!


This deck is the front runner. Explicitly stated, people are both gunning for it and it is presently one of the most played decks in the format. Orvar, the All Form has started making numerous appearances in sideboards specifically to combat Archon of Cruelty. This is kind of a faulty plan against an experienced veteran who may sideboard out all their Archons in favor of a Sundering Titan + Emrakul sideboard plan. Maybe the meta hasn’t reached this adjustment period yet… but I’m certain it will!

Onto the next one!


The questions are always, 1.How many Shredders? 2. How many Murktides? 3. Do we run Blood Moon? 4. Is Dragon’s Rage Channeler good again? (Spoiler alert: it was never bad). Anyways, this deck is kind of the fun police. As a very wise Andrea Mengucci put it, “you’re always behind in game one, but then ahead in games two and three.” You can usually chalk up your losses to your own play. That last part is actually kind of nice and most magic pros like a good deal of agency in their deck selection.


Hammer Time has gotten extra spicy as of recent. Blacksmith’s Skill can interrupt Indomitable Creativity by targeting the opponent’s creature. Mana Tithe out of the sideboard can really catch people off guard, but I’d board it out after you catch someone with it. The singleton Gingerbrute can be grabbed off Urza’s Saga. This deck kind of has it all. Be prepared if you pickup this deck, however. The play lines are varied and extremely important to the decision making process.

1
Liliana of the Veil


This deck is quickly rising to be one of the most played decks in Modern. It has continually undergone further development to keep up with the expanding metagame. It’s now playing both Lightning Skelemental and Unearth to wreak havoc on the opponents life total and board state. Seeing Tourach become a maindeckable card in Modern is honestly quite exciting.

For me, this deck is sort of an aggro deck that can become a midrange type of control deck. Skill level is mid to high because it can operate off an average plan, but greatly improves the more inventive the pilot gets.


This is mainstay of one of my favorite streamers, DemonicTutor. This deck continually resurfaces in the meta and gets better each time it makes a comeback. People seem to forget how to combat it or just don’t put the proper hate in their 75 for it. It crushes for awhile, people add hate cards to their decks, and it disappears again waiting in the shadows to emerge anew once more.

Be sure and know the ins and outs and remember to utilize flash speed to the utmost if you are piloting this deck. The lines are complicated and every point of life matters.


This one is actually my favorite. It hits hard and fast and with the addition of Leyline Binding. We now have a clean answer for Teferi, Time Raveler and Chalice of the Void. It’s a catch all that plays at instant speed that pushed this deck a little over the top.

These are your S-Tier options for Modern at the moment. The meta is going to keep changing now that big bird got the ban hammer. So stay loose and expect more shifts as people explore Modern until it gets solved… again!