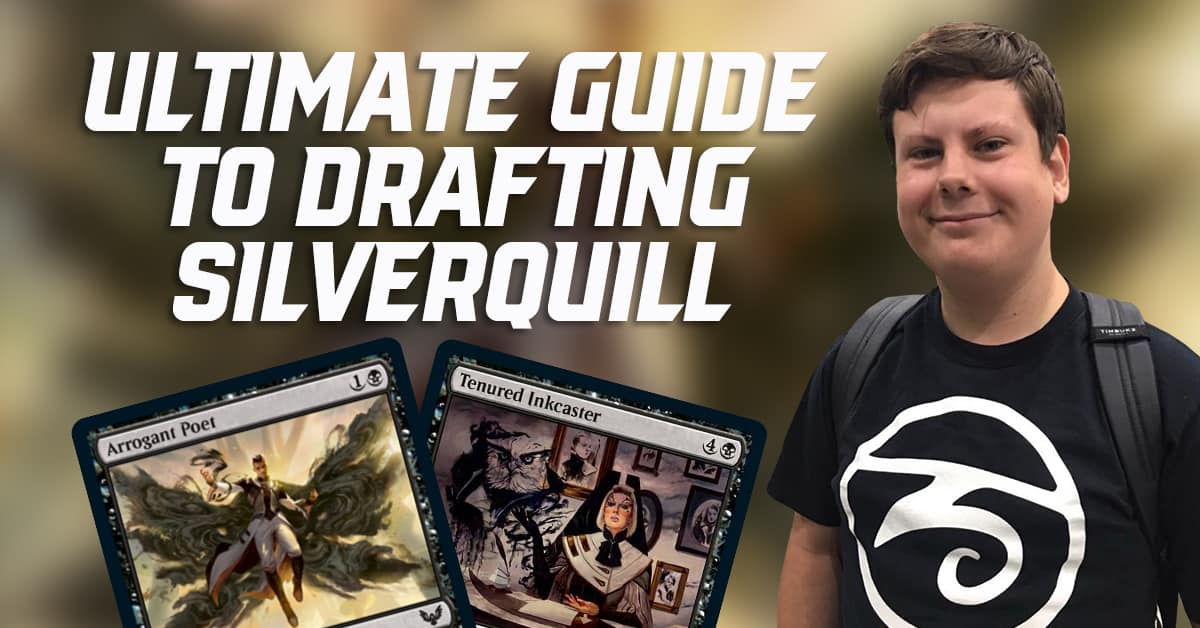 Limited is great. That’s it, that’s the article. But in all seriousness, I’ve been enjoying Limited the most out of all the Magic formats available to me right now. I’ve yet to enjoy Standard since the constant banning of cards and unevenness of the format. Modern and Pioneer are formats I play exclusively in paper, so that’s on hold for now too (don’t worry, I’ll be back to casting Lightning Bolts by the end of the year). Historic has been plagued by various broken cards like Tainted Pact, so when that format has some updated bans I’ll revisit it, potentially.

Limited, however, has been such a joy this past year. The best aspect about Arena, for me at least, is how accessible it is and how easy it is to go infinite. Being able to play on the go on my Mac laptop has made my year in quarantine all the more interesting, and I’ve been able to draft a ton because of it.

Recently, I decided to binge quick drafting Strixhaven on Arena. Quick Draft is a great way to pay for cheap drafts while racking up gems and cards you’re missing in the set. After looking at data from 17lands.com, and some discussions on Twitter, I decided to try drafting white decks. In Strixhaven, I had been biased to some of the more durdle-y ramp-style decks. Having previewed Aether Helix I was set on drafting cards like Eureka Moment, Field Trip, and† Quandrix Pledgemage alongside my coveted spoiler card. However, I never trophied. I had gotten to 7 wins once with a Quandrix deck, but every other attempt was a failure. After doing some research it became clear that unless your deck had lots of interaction and roadblocks, it could never overcome a fast start from an aggressive deck met with evasion. Which brings me to Silverquill.

Look, I did go to a private high school, but it was in no way preppy. I went to a g-d damn hippy Quaker school in Pennsylvania (which I love dearly) but I was never part of the “popular” crowd, or a poet laureate for that matter. But I do confess, “greatness at any cost.” If I was going to win in Strixhaven Limited I had to throw away my entire persona out the door and start fresh. That’s when I started trophying with Silverquill.

Here are four of my most recent 7 win decks:

(There was a fifth but I forgot to screenshot it!)

Each of these decks is a little different from the other, but there definitely is a pattern of what I’ve been successful with.

Looking at the structure of all of my decks here’s a visual breakdown of what cards are vital to a strong Silverquill deck.

As stated above, Silverquill really takes advantage of its evasive threats. You have Eyetwitch, Unwilling Ingredient, Arrogant Poet, and Killian, that are also backed up by Silverquill Apprentice and Combat Professor. You’ll still have some non-evasive beaters such as Leech Fanatic and Eager First-Year, but you should prioritize the evasive creatures during your draft process. Witherbloom Pledgemage is a must-have, just because the beefy body and incremental life gain it provides can be so crucial when you’re beating down with Arrogant Poets.

While you may not always be lucky enough to draft Blot out the Sky, but there are a couple things you should know about what spells to pick up for your Silverquill deck. Usually, my noncreature count is in the 8-10 range, which is a bit more than you’d think you’d want in an aggro deck. I always prioritize solid removal, such as Eliminate, Doom Blade, Flunk, and Closing Statement. I usually draft every copy of Guiding Voice I see – it’s such a cheap way to grow an evasive attacker and find another threat in the form of Inkling Summoning. I usually try and keep in a copy of Professor’s Warning, to protect any creatures I go in on with +1/+1 counters. Speaking of which, Essence Infusion has performed extremely well. It’s great at both growing your evasive threats substantially while also providing a turn with a big life swing. You have to be mindful of what creature you’re adding your counters to however, since a 4/3 Arrogant Poet or a 3/3 Unwilling Ingredient can easily be struck down by a Rip Apart or Mastery. Infusion synergizes nicely with Spiteful Squad and Reflecting Golem, however.

16 lands vs 17 lands – Best of One comes with a hand smoother, meaning that on average you’ll be okay running 16 lands in your deck. However, there are some cases where I like to go 17:

Usually the clause for me is that if I have more than two cards worth casting at 5+ mana, I want to hit my land drops. I feel less bad about the 17th land the more mana sinks I have, such as a Silverquill Campus or a Specter of the Fens. However, if your deck is just a bunch of 1’s and 2’s with a few 3’s and some Combat Professors and Tenured Inkcasters to top off the curve, I’d go 16.

Greatness, at Any Cost

Be mindful of best to utilize your cards that deal damage to you and your cards that gain you life. I recently lost a game because I used an Essence Infusion on my Witherbloom Pledgemage instead of an evasive creature, while my opponent had a 1/1 pest and a Dina, Soul Steeper in play. A blunder which cost me at least 4-5 life points. Know when you should activate your Arrogant Poets – if your opponent is fearful of blocking or you’re fine making a trade, it’s fine to not pay the 2 (but in most cases if you’re attacking you will be.)

While Silverquill is certainly the best deck to be at the moment, be mindful of other people catching on. If you really aren’t seeing any picks in pack one, it’s still fine to jump ship. I’d rather have a busted Quandrix or Prismari deck than a Silverquill deck that’s grasping at straws. I’ve been able to push Silverquill decks by making some unorthodox picks in the first pack (like taking Arrogant Poets or Combat Professors pick 1), but be careful of those around you who are like-minded students of the same school of thought.

Looking to the future, it’ll be hard to always get a strong Silverquill deck if your table is in the know. It’s hard to really combat the deck in Best of One, so you’ll need a variety of removal spells and roadblocks to prevent your Silverquill opponent from quickly running away with the game. I know Scurrid Colony is a card that has given me trouble, and speaking of…

This was my one and only 7 win Quandrix deck. Now I’m not sure if these decks always have what it takes to combat 1/1s with flying or menace, but early creatures, multiple Mage Duels, and a few Bookwurms to top things off is certainly a start in the right direction.

Best of luck drafters! What decks have been getting you to 7 wins? Are you aboard the Silverquill train or has a different archetype been guiding your path to victory? Let me know!