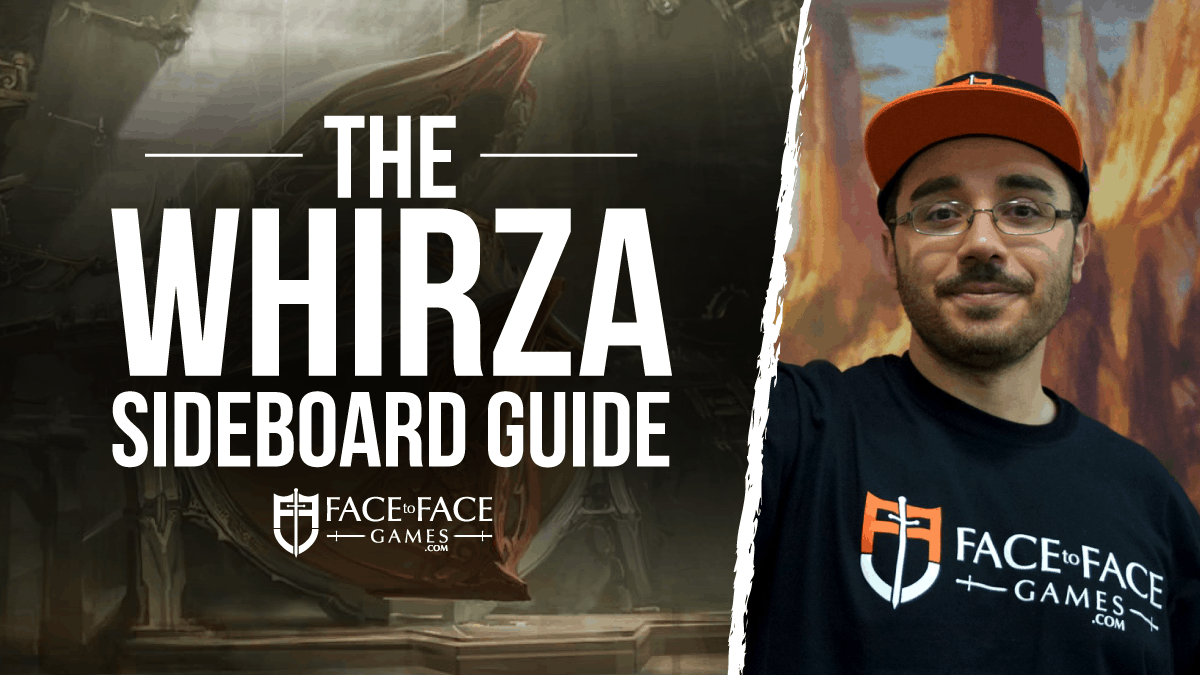 When the king is dead, a new one conquers the throne.

All eyes have been on [Card]Stoneforge Mystic[/Card] these past few weeks in order to see if the powerful two-drop could rise to the occasion and claim the empty seat left by Hogaak at the top. But, when the smoke cleared at the SCG Dallas Open a couple weeks back, no copies of the recently un-banned Lithomancer made the Top 8.

Instead, Harlan Firer took our Lord High Artificer to the top and helped prove that the deck that I have been championing since [Card]Urza, Lord High Artificer[/Card] was printed is the new deck to beat in Modern. Harlan and I have worked together a little on the deck and while the two of us agree on an overall strategy, my current list varies in a few ways.

The Top 16 from SCG Dallas was fairly diverse with Burn representing four players, Urza representing two, Azorius Control representing two with Titanshift, Grixis Death’s Shadow, Rakdos Midrange, Mono-Green Tron, Orzhov Smallpox (!), Devoted Devastation, Gifts Storm and Jund rounding things out. WOTC’s goal of slowing down the format, taking the focus away from the graveyard and diversifying things more seems to have been fulfilled on week one. We’ve also seen even more of this trend since then with the Modern Challenge results.

With all of this new information it’s now time to tune Urza for what is a completely different metagame. This is particularly important when there is a powerful maindeck-able hate card like [Card]Karn, the Great Creator[/Card] hanging out in Tron decks and popping up as a package in other arcchtypes. Karn’s static ability is one of the most potent ways to make life difficult for Urza players if he makes an appearance before it’s too late. We are able to put up a fight against that powerful planeswalker if we can land an Urza before their Karn, but that can be a precarious gameplan on the draw. This adds refreshed importance to the copies of [Card]Galvanic Blast[/Card] I’ve been playing in my maindeck.

[Card]Serum Visions[/Card] seems, at first glance, like an odd inclusion in a deck that could very easily benefit from [Card]Chromatic Star[/Card] and [Card]Chromatic Sphere[/Card] as cantrip replacements. I’ve had both options floating around, but I’ve quickly become a fan of visions. It is much more important for your cantips to allow for more card selection now that games in the format are longer.

After looking over Harlan’s list and speaking with him. We decided on playing a copy of [Card]Snow-Covered Forest[/Card] in addition to [Card]Prismatic Vista[/Card] to hedge against against burn and give us access to an additional colour when we need it. Even with our manabase being stretched to have four colours I think it still runs smoothly.

So where does this bring us now? Naturally, whenever a deck wins a week one tournament, you’ve immediately got a target on your back. This doesn’t mean that I believe this deck is a flash in the pan or that its weaknesses are so vulnerable that we should be one step ahead of the competition. It’s actually the opposite. I’m in the camp that Urza’s such a powerful deck that even when everyone has [Collector Ouphe[/Card]s and [Card]Stony Silence[/Card]s it’s still a strong choice. You can bring your Collector Ouphes, they’ll be met with a blast. You can bring your Karns, Urza still makes a ginormous doofus and makes the mana from the artifacts himself for some reason. You can bring your [Card]Rest in Peace[/Card]s, they will make a nice Trophy for us.

To fight back against the competition, our sideboard should vary week by week, league by league. Personally, one of the greatest enjoyments I get from Magic is playing some absurd sideboard card that nobody is ready for and putting the rest of the game in cruise control.

I’m going to give you a full guide at the bottom of the article, but for the mirror it’s important to remember that Urza is king. Many of the games come down to who can stick one and start spinning artifacts into card advantage so keep that in mind, you wanna max out on the answers.

Since Tron, [Card]Primeval Titan[/Card] decks and other Karn decks present problematic draws for any deck to overcome, I’m packing a pair of [Card]Magus of the Moon[/Card]s . to slow them down. I expect the presence of Tron decks to strengthen in the coming weeks for a variety of reasons. First, the London Mulligan has proven to be a boon to their strategy. Second, they beat the Stoneforge decks so badly while also having some big guns against Urza. We have to be ready for any deck that can face off with the presumed and actual boogeyman. [Card]Magus of the Moon[/Card] also has utility against other decks like Infect, Death’s Shadow and of course the Titan decks. The [Card]Ceremonious Rejection[/Card]s also pull double duty against Tron and in the mirror.

I also expect [Card]Devoted Druid[/Card] decks to make a heavy resurgence so long as they can beat a [Card]Pithing Needle[/Card]. Being able to win quickly and without attacking through an [Card]Ensnaring Bridge[/Card] are attractive qualities in Modern. They struggle against Burn decks because the [Card]Searing Blaze[/Card] effects are good enough to go put on the fridge after your match.

Be sure to keep in mind your access to metalcraft when making sideboarding decisions. Having [Card]Mox Opal[/Card] just sitting around not contributing to the conversation isn’t something that we can afford. The format is slowing down, but that doesn’t mean we should put ourselves in a position to flop around while a [Card]Monastery Swiftspear[/Card] beats your brains in.

Context matters in sideboarding advice. I see players who play at only a local level take the exact 75 that won a tournament and transplant it to their Local Game Store where 40 per cent of the field are playing a deck they don’t have enough sideboard cards for. Maybe you don’t need that [Card]Torpor Orb[/Card] this week against a room full of [Card]Eidolon of the Great Revel[/Card] so swap it out for a [Card]Collective Brutality[/Card].

You’re going to want flexible answers like Trophy and additional threats like Tezzeret no matter what. But, one of the most powerful things about Urza is your unbelievable mana lets you customize your sideboard nicely.

I am not currently playing any copies of [Card]Sai, Maverick Thopterist[/Card], something that might raise an eyebrow. I love me a Sai, don’t get me wrong. I feel at this time that he is too easily killed in the format for too little of a reward. For that reason I’d rather stickier threats, but if we move back to a [Card]Lightning Bolt[/Card] format — Sai’s going to make his way back into the list.

There’s always a good feeling attached to a deck you have been championing making its way to the number one spot, makes you feel like you are doing things right. I’d urge you to join me in the campaign to continue playing [Card]Mox Opal[/Card] until you can’t. Modern Horizons has given us some very powerful cards that have been dwarfed in the shadow of the free and sticky 8/8s. [Card]Urza, Lord High Artificer[/Card] has a LOT of words on him, all of them good. I’m going to be looking forward to tuning my 75 as Throne of Eldraine spoilers hopefully unveil some new toys.

And at long last here you have it, a small sideboard guide: