I used to be angry. This might surprise you if you’ve only ever played Magic with me in the last ten years. I consider myself to be pretty unflappable now, but when I was younger my emotions would get the better of me. It all changed for me one day when I was 16 walking to my then girlfriend, now wife’s, house. I was fuming about something as I listened to a radio show and the host shared with me this life lesson: “If you’re angry, acknowledge it. Look at your anger, see that it’s there and don’t ignore it. Look at the power it has over you and what it makes you do. Then ask yourself if you want to keep giving it its power.” That was it for me. At that moment I looked inward and saw that I didn’t want my anger to be my boss. And it just stopped.

I had never before tried to interrupt my emotions like that. I would get angry and would stay mad until it burnt itself out. This completely changed my life.

Tilting, or getting blindingly frustrated, is something that happens in Magic. We sometimes let it get the better of us, and it can cost us games, matches, or in extreme cases, friendships. Whether you’re a competitive tournament Spike or kitchen table Commander player or somewhere in between, this article will provide you with perspectives and strategies to prevent tilting.

Magic is a Game of Variance Magic is a game with an element of randomness and unpredictability, and this is a feature, not a bug. It sounds strange, but we want variance in Magic. Without it we get games like Chess or Go, which are great games, but are thoroughly and completely intellectual. The excitement of top decks and the anticipation of drawing an opening seven cards both result from Magic’s variance. One of the reasons I can play the same Legacy deck for years is because the games are rich and complex and play out slightly differently each time.

At its heart, Magic is a sprawling game of Rock-Paper-Scissors, except sometimes an enterprising Paper can beat a lazy Scissors. This means that the outcome of any single match is not a good indicator of who is the more skilled player. It takes viewing many matches before we can develop a better idea of players’ skills.

We judge pro players by looking at their performance over long periods of time: their lifetime Top 8s, earnings, and Pro Tour appearances, among other things. No one has ever questioned a Pro’s mettle simply because of their most recent poor showing in a Grand Prix. Look for trends in your own performance as well.

This is a powerful observation that uncouples our performance from our skill as players. Just as flipping a coin and getting tails is completely normal, losing any particular match is not a reason to despair.

There’s an even more powerful concept in statistics called “regression to the mean”. This is the idea that you might have extreme results in your first couple of matches, but over time your win rate will become closer to your true average. Let’s say you flip five coins and get four heads, and have an 80% “heads” rate. As you keep flipping coins it becomes extremely likely that you will be close to a 50% “heads” rate. You just can’t stay too far above the average for too long. This also means that you can’t stay too far below for too long.

In Magic, things are a bit messier. If you play your budget Legacy Serpent deck at a Legacy Grand Prix your “mean” that you will regress to is 0; you won’t win any matches. For other decks it is hard to figure out what your “true” average match win rate should be. It’s a messy combination of your skill, the current meta and your deck choice. The lesson, though, is that you will always regress to your mean, and this is okay.

The Curse of Variance

Although we usually think of variance as an obstacle, it should be also thought of as a tool.

Deckbuilders often try to reduce variance as much as possible: for example, by playing fetchlands to ensure access to consistent mana colours, four copies of key spells, and card selection spells such as Serum Visions. Players who want to win as many matches as possible commonly choose to play powerful lower-variance decks to best leverage their skills. In any given FNM they might expect to go 2-2, but never worse than 1-3 or better than 3-1.

An alternative option is to play a powerful deck with higher variance. This player might not care about winning any given tournament, but wants to win at least one FNM in March. Most of the tournaments they will go 1-3 or 2-2, but occasionally the stars will align and they will win the whole thing 4-0 (this is usually called “spiking” a tournament).

The first type of player wants consistently higher results (but nothing spectacular), but the second type of player only cares about achieving a single spectacular result and is willing to accept consistently lower results. I tend to be of the second type in Legacy, playing powerful higher-variance non-blue decks, but I have been known to occasionally dabble in the blue arts. 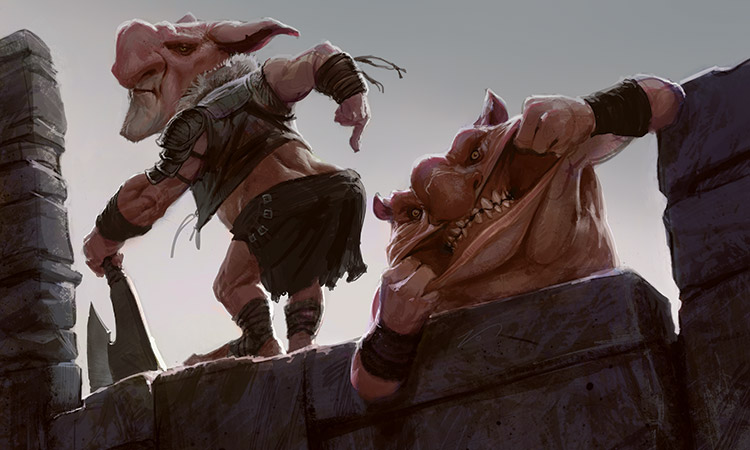 I think tilting is usefully categorized as either a result of (1) things out of your control, or (2) things in your control.

The first category is the most toxic kind of tilting. It’s the result of being mana-screwed, or opening a sealed pool with few playables, or an opponent glibly remarking “Oh, that’s a card.” every time you play a card. This type of tilting leads players to blame everyone and everything except themselves for their situation. It is the type of tilting that leads to hurtful, denigrating things being said.

The second category is the result of taking the wrong card with Thoughtseize, misregistering your decklist, or fetching the wrong land with Flooded Strand. These come from lapses in judgement and poor planning. This is the kind of tilting that sees a player fixate and obsess about a mistake they made.

Taking responsibility for things that go wrong is hard, but ultimately rewarding. Instead of worrying about the metagame, which is outside your control, focus on making the best possible deck choice, which you can control. Instead of bemoaning your opponent’s sick topdeck, focus on your outs. Even when it takes some mental gymnastics, take as much responsibility for your outcomes as you can.

Make the best possible play you can make at any given moment. Sometimes your best play is still a pretty low percentage play, but always try to find it. Turn your perspective into one of finding the winning line, instead of waiting for your inevitable defeat.

I might be totally off the mark, but I think control players are the least likely to tilt. A control player constantly sees many possible futures and potential lines, so when an opponent plays a topdecked card the control player isn’t surprised; rather, she is able to prune away the dead could-have-been futures. This reality is just one of many that could have happened.

To a lesser extent, proficient combo players tend to not be get tilted by their opponent’s plays or topdecks. For them, every game action is one of percentages; which one leads to the highest percentage chance of winning? Sometimes their best percentage play is to hope their opponent doesn’t have Force of Will, and when they end up having it, the combo player is satisfied that they took the best line.

Midrange players have to have fortitude because their game plan can involve forcing the game to a position where both players are down to topdecks. The midrange player is happy with this situation because she knows her topdecks are on average better than her opponent’s. It takes maturity to push the game to this position. If she ultimately loses the game, she must still see the game as a success because she gave herself the best chance to win. 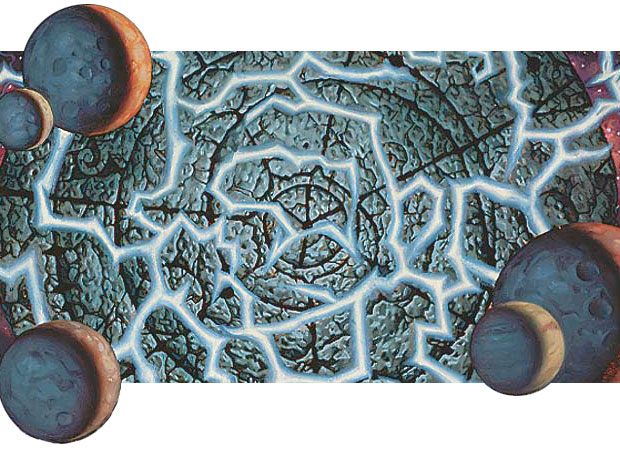 So far I’ve given you tools to help you prevent tilting, but what happens when you’re in the process of tilting?

Ask yourself if you want this to affect your games. Decide for yourself if you mind losing games because you’re mad. Is it worth it? Would you rather have the chance to top 8 this tournament, or feed your ego by making a petty, derisive comment?

Break the cycle. Take a deep breath, get a glass of water, stretch, count your sideboard, do something that isn’t just seething.

Move forward. Deciding that you’re not going to let your tilt ruin more of your games is a positive, empowering choice.

As you mature you’ll find what works for you. We’re all human, and sometimes no amount of rationalized introspection is enough.

Thanks for reading. Let me know what you think; I’d love to hear from you. What tilts you? Have you ever rage-quit a game? What strategies work for you?

Catch me at Legacy FNM at Face to Face Games in Toronto, send me a message on reddit /u/mpaw975, or send me an email at mpawliuk@gmail.com