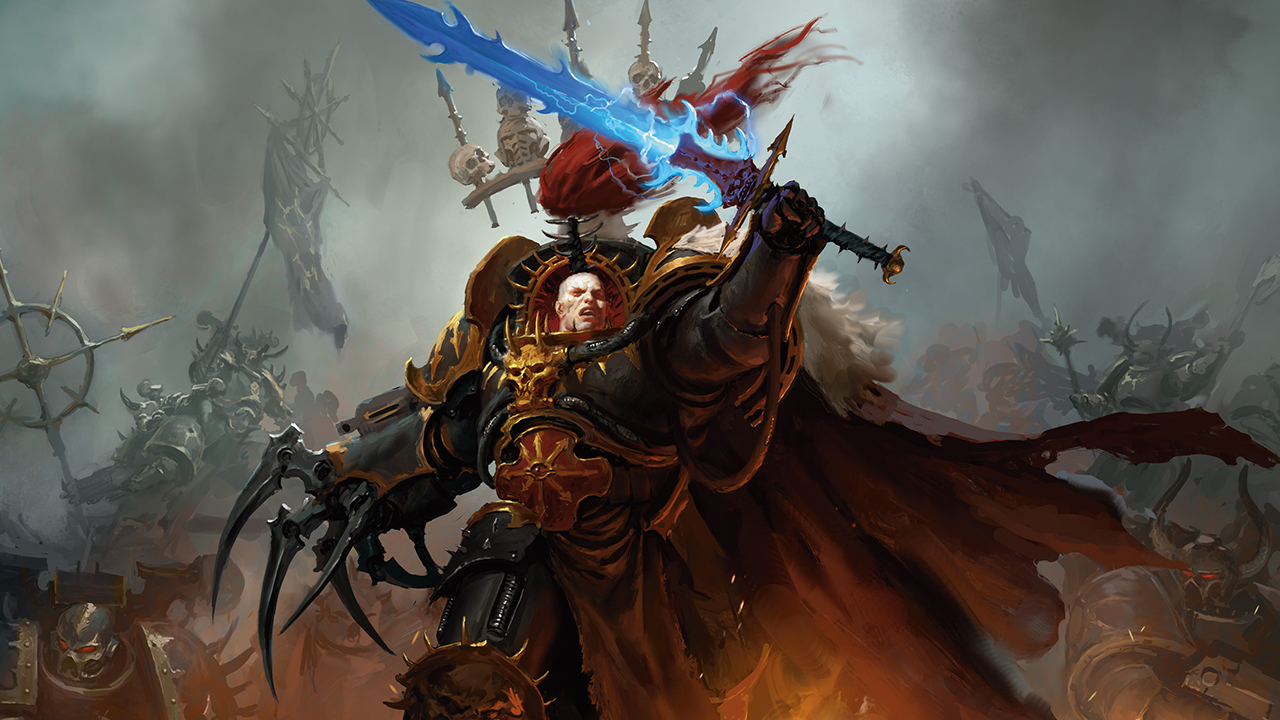 Magic’s new Warhammer 40k Commander decks have a lot of cards. While every new commander precon from Wizards brings with it its own share of original cards, this new Universes Beyond product pushes things a bit further, with 41 new mechanically unique cards for each deck. That’s around half as many cards as a premier set, but without any draft chaff to skim through.

The first of these decks revealed was Tyranid Swarm, based on Warhammer’s Sliver-like horde of all-consuming monstrosities. They’re given a green-blue-red color identity, alongside a Hydra-esque mechanic of X-cost creatures who come in with a variable number of counters. But enough preamble- let’s break down all the best cards the Tyranids are bringing to the format

The most important part of any Commander deck is well, the commanders. Tyranid Swarm is helmed by the appropriately-titled Swarmlord, the Hive Mind’s ultimate reincarnating menace. To represent its never-ending terror, The Swarmlord gains two +1/+1 counters for every time it’s cast from the Command Zone. Its other ability draws the player a card every time a creature with a counter on it dies. And while that’s certainly a powerful value engine, it splits the deck in two directions.

Most Tyranids have the new “Ravenous” mechanic, which draws a card for their controller if they’re cast for X=5 or more. Players wanting to make the best use of Ravenous are served far better by Magus Lucea Kane, the deck’s second Temur commander. She taps for two mana, and copies X spells that mana is spent on. She correctly rewards players for going tall instead of wide, and might end up the better choice for leading the Tyranid Swarm to victory.

The deck also features a smattering of other legendary creatures, but their color identities mean they can’t be swapped in without making significant edits to the rest of the deck. Old One Eye and The Red Terror are bulky monocolor Tyranids who pump out plenty of damage, legendary more for flavor than to mark them as great build-arounds.

Ghyrson Starn is perfect in a blue-red pinger deck, since he rewards players for dealing exactly one damage. Players might also consider placing him in the 99 of a Locust God deck, since he can pump up the damage of both the Locusts themselves but also Impact Tremors-like effects. Last but not least, Deathleaper is haste tribal in effect if not specifically in name, giving double strike to creatures who entered the battlefield this turn.

One of the pillars of any good Commander deck is strong mana acceleration. While Tyranid Swarm certainly includes old staples like Sol Ring, Cultivate and Farseek, it also brings with it a package of new ramp pieces for the format.

Atalan Jackal is perhaps the most interesting of these, a hasty 2/2 that fetches a land from the deck if it can get through for damage. It’s likely that at least one of a player’s three opponents will lack for blockers on turn 3, so Jackal seems safe in the early game, but what it really wants is counters. Making it bigger means it’s less likely to die to any blockers, and trample lets it trigger its ability even when it is blocked.

A good way to give it a counter is Biophagus, a new 2-drop mana dork. While a two-cost creature that only taps for one mana is a bit on the weaker side, an extra counter can be a huge boon to creatures like Haruspex, a new (and weird) mana provider. It gets a counter each time any creature dies, and can then remove those counters for mana. It’s like a sideways Pitiless Plunderers, making raw mana instead of counters but triggering off every creature death instead of only your own.

Nexos is another two mana ramp creature, but in its own unique way. It grants a player’s lands the ability to tap for two colorless mana, but only if that mana is used to cast X spells. While not quite a proper mana doubler, it’s still a whole pile of extra mana when considering the card’s low cost.

Another cheap form of acceleration is Shadow in the Warp, a three mana enchantment that reduces the cost of your own creatures while also dealing damage to opponents when they cast noncreature spells. While it only deals 2 damage each time, small amounts of burn in Commander can stack up, and are even less likely to be removed if they’re not dealing all their damage at once.

Tyranids are based around the Ravenous mechanic and huge, intimidating piles of counters. The most efficient of these new Hydra-like creatures is Mawloc, who fights opponent creatures when they enter the battlefield, and even comes at a base 2/2 before paying any X costs. There’s also Malanthrope, who gains counters for each card exile from an opponent’s graveyard using its Bojuka Bog-esque effect. The reason these cards succeed is because they actually have a use for their massive stats, As Mawloc can fight and Malanthrope can fly.

Let’s take a moment to talk about The First Tyrannic War. It gives players an Elvish Piper like effect, putting a creature onto the battlefield from the hand for free. It also makes sure the Tyranids in the deck don’t die from state-based actions if they have zero base toughness, giving them a number of counters equal to the number of lands the player’s control. That effect on its own is worth around four or five mana, but the second and third chapters of the saga then go on to double the amount of counters on a creature. It is, to put it lightly, ridiculously efficient.

The deck also comes with cards to support its counters theme. Clamavus is an interesting effect, giving creatures an additional +1/+1 for each counter they already have. This essentially makes them into +2/+2 counters, and can result in some truly otherworldly beaters, so long as they can get some other form of evasion. There’s also Tyrant Guard, which grants both hexproof and indestructible to any creatures with counters when sacrificed. That ensures the safety of massive board states, which is important for a deck not running any counterspells.

Final Thoughts (And a Bit About Evasion)

The best new cards from Tyranid Swarm are the ones that grant evasion. While Commander as a format has a great host of counter synergy, alongside older Hydras to benefit from them, those decks can often suffer from creating immense stacks of power and toughness without any way to actually benefit from them. Small tokens are more than frequent, and swinging out with a massive board can often feel fruitless without a way to slip them past hordes of blocking 1/1s.

The most prominent of these is Winged Hive Tyrant, a “lord” for creatures with counters on them that grants flying and haste. Haste is nice, but being able to swing over any creatures without flying or reach is a massive benefit. A similar creature is Trygon Prime, which makes any other attacking creature unblockable while also granting it a counter. It’s likely to be blocked itself, but out and out unblockable is the most literal and reliable form of evasion.

Tyranid Swarm has card after card to bring to the format. And while most of them aren’t worth noting, the handful picked out above really are something special. They’re the best kind of Commander design, rewarding a specific archetype with new playables without feeling like they have to be put in every deck. The greatest strength of this format is the diversity of options and expression available to players, and Warhammer 40k is just another new way to push that diversity even further.