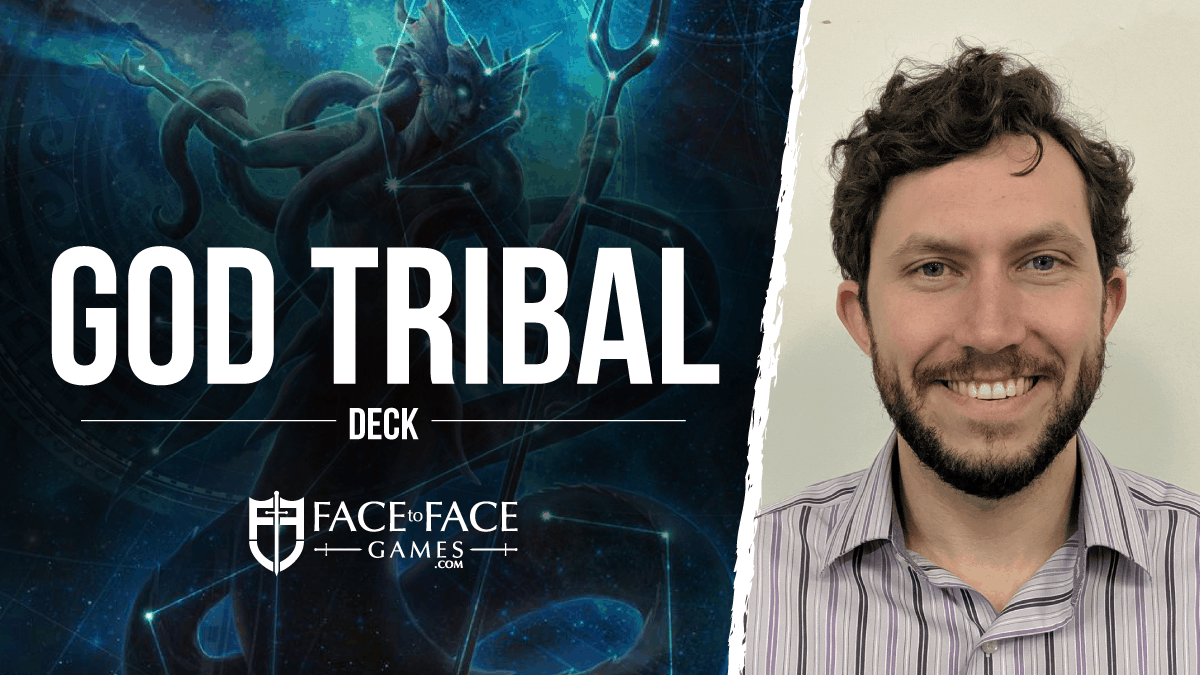 It finally happened. The stars have aligned, we’re back on the plane of Theros and we have been blessed with more enchantment gods.This has me particularly excited because of all the value we can jam into a tribal list. With two strongly supported types and a tribe we can set up an engine that will let us generate a ton of value and possibly play our entire deck. Who wouldn’t want to swing for lethal with twenty Indestructible gods or mill out your opponents with a stack of [Card]Phenax, god of Deception[/Card] triggers? Let’s see how we can bring this pantheon to life.

We’ll need a five-colour Commander to tie it all together, and there’s no better option than [Card]Morophon, the Boundless[/Card] (which also helps with reducing the cost of our gods). We can further reduce the cost with artifacts like [Card]Urza’s Incubator[/Card] or creatures like [Card]Starfield Mystic[/Card]. The ideal scenario would be to have Morophon in play and further cost reduction by three so we can cast almost all of the gods for free. Once we have our free cast engine set up, we need to add some gas, so let’s get a few card draw effects in play. With all of the Theros gods having the enchantment type, we can use enchantress effects, and we can pack some redundancy with [Card]Reki, The History of Kamigawa[/Card] and [Card]Jhoira, Weatherlight Captain[/Card]. If by some act of the gods we manage to get the entire engine set up we could play enough gods to meet our devotion criteria and have them all act as creatures — potentially with Haste if we can find [Card]Purphoros, Bronze-Blooded[/Card].

Since getting the god draw I mentioned previously will be few and far between, let’s build a deck with some redundancy — this is surprisingly easy with how well these card types synergize. Since we want to draw and play all the gods, we’ll need a lot of card draw and a lot of ramp. This list boasts twenty-four card draw effects, with our gods triggering seven of them. The draw package includes a mix of gods, enchantments and legendaries allowing us to efficiently use our enchantment tutors or [Card]Sisay, Weatherlight Captain[/Card] to dig for the perfect card draw effect. We want to be drawing as many cards as possible so we can have several gods to cast in a turn, but we’ll also need some way to cheat the costs.

Instead of using a traditional ramp package with a mix of land tutors and signets, we want to power out as many gods a turn as we can, so we turn to cost reduction. Cards like [Card]Herald of the Pantheon[/Card] and [Card]Jhoira’s Familiar[/Card] help with some soft reductions, but the real all-stars are those that reduce cmc by two. [Card]Heartless Summoning[/Card] does a good budget [Card]Urza’s Incubator[/Card] impression, and since this is a greedy list we run both.

There’s also some light fixing via [Card]Altar of the Pantheon[/Card] and the borderpost cycle ([Card]Veinfire Borderpost[/Card]), which also conveniently contribute to devotion — a key need if we’re going to turn our gods into creatures. The best part about the four tutors in this deck is that they can all help achieve devotion, tutoring up a timely [Card]Spiteful Visions[/Card], [Card]Skybind[/Card] or a particular god. Since this list goes so deep on gods, there isn’t much room for removal. [Card]Urza’s Ruinous Blast[/Card] is the only wrath because of the massive upside and the three removal spells are pretty situational.

Now that we’ve got the mechanics of the deck out of the way I can dig into the exciting part — the value. There are a total of twenty two Theros gods, and this list runs twenty-one of them (sorry [Card]Purphoros, God of The Forge[/Card]). I had to make a tough call and include the three multi-coloured gods from Hour of Devastation to get to a healthy twenty-four tribe members. I chose the Hour gods over others since they are multi-coloured — getting more value from Morophon and contributing more to devotion.You could swap these out for some of the Amonkhet gods or include [Card]Ilharg, the Raze Boar[/Card] if you’d rather slip in some damage undetected if you’ve got the right devotion. I’d prefer to have closer to thirty enchantment gods, but when I’ve goldfished and drawn upwards of twelve cards a turn, twenty-one will have to do.

Drawing our deck and playing it for free will get us most of the way, but how do we close out the game? Unlike other lists I’ve featured, this deck has a comfortable twelve win-cons, with eight of them being gods. While there are a lot of win-cons, most are narrow and require a few gods — but there’s nothing better than slamming down a flavourful [Card]Starfield of Nyx[/Card] or [Card]Heroes Podium[/Card] to close it out. If we’re shy on the god front we can dump mana into [Card]Kamahl’s Druidic Vow[/Card] or go deep with one creature via bestowing a [Card]Chromanticore[/Card] (which also helps with devotion).

I think the trick to piloting this list to victory is all in the sequencing. It has to come in fast out of nowhere, and within a turn of setting up part of the engine. I’d aim to play one cost reduction effect by turn three, two to three enchantress effects by turn five and a second cmc reduction effect on turn six followed by Morophon and several free god casts. With a bit of luck I’d draw into more gods and start the chain, hopefully landing on [Card]Purphoros, Bronze-Blooded[/Card] to swing for fatal. Worst case scenario I’d end up with a few gods sticking around and would need to fend off three attackers with close to no creatures. It should be easy, right?

I hope you enjoyed this deck tech and found some inspiration to make something fun with the new cards in Theros Beyond Death. How would you have built this list differently? Were there any stellar cards that I missed? Let me know in the comments below.