Amidst the familiar backdrop of the chandeliers and white walls of the Montecassino Hotel, Italian sandwiches and Coffee Time donuts the FacetoFaceGames.com Open series traveled to Toronto this past weekend for a Modern Open+.

When the last card was drawn, the reigning king of Modern was victorious. John Robbins took home the trophy with Izzet Pheonix.

Robbins piloted a version of Izzet Phoenix sporting a light green splash to improve the Burn matchup post-board and maindeck Snapcaster Mages as his secondary threat of choice. Not only has Phoenix been crushing it as of late in Modern, but the move to Snapcaster has done a lot to improve on some of the mediocre threats the deck played in its first iterations. Robbins certainly showed that on Saturday by piloting the cantrip-dense strategy all the way to winner’s circle.

Robbins attended the event representing a local team of Magic players that go by The Chilled Guild, and to say that his teammates were excited to celebrate his victory would be an understatement.

Robbins was able to defeat Stephen Kerr’s Azorius Control deck in the Finals. If you needed any extra convincing just how good Phoenix is right now, you should take a look at the Surgical Extraction in the maindeck of Kerr’s list.

As for the rest of the Top 8, it featured another copy of Izzet Phoenix, three copies of Grixis Death’s Shadow, T.J. Raymore’s spicy Golgari Delirium deck and a copy of 8 Rack.

Raymore’s deck utilizes Grim Flayer and Traverse the Ulvenwald in addition to the regular Golgari midrange cards to create a sweet little tutor engine. He also added a new card to the deck that packs a punch in Spawn of Mayhem.

The uptick in Grixis Death’s Shadow is interesting to me, and certainly something that brings a smile to my face given my long ongoing love affair with Death’s Shadow. The deck has a lot of game against Phoenix which I think is the obvious reason for its success on Saturday. That said, it’s simply one of the most powerful decks Modern has to offer across the board, and when its firing on all cylinders this deck is a force as you can see from its results here.

In addition to the main event on Saturday we also hosted on-demand Drafts all day long. Thanks to everyone who didn’t come out for the main event, that hung out and played some Drafts or sold cards at the booth!

Congratulations again to our champion John Robbins from everyone at Face to Face Games! Additionally, we’d like to extend our thanks to our awesome judge staff on Saturday and to our Open Series sponsor — Ultimate Guard — who hooked up everyone in the Top 8 with some awesome swag. The next stop on the series is coming up in St. John’s Newfoundland on March 16, when we’ll be hosting a Modern Open. We’ll see everyone on the East Coast! 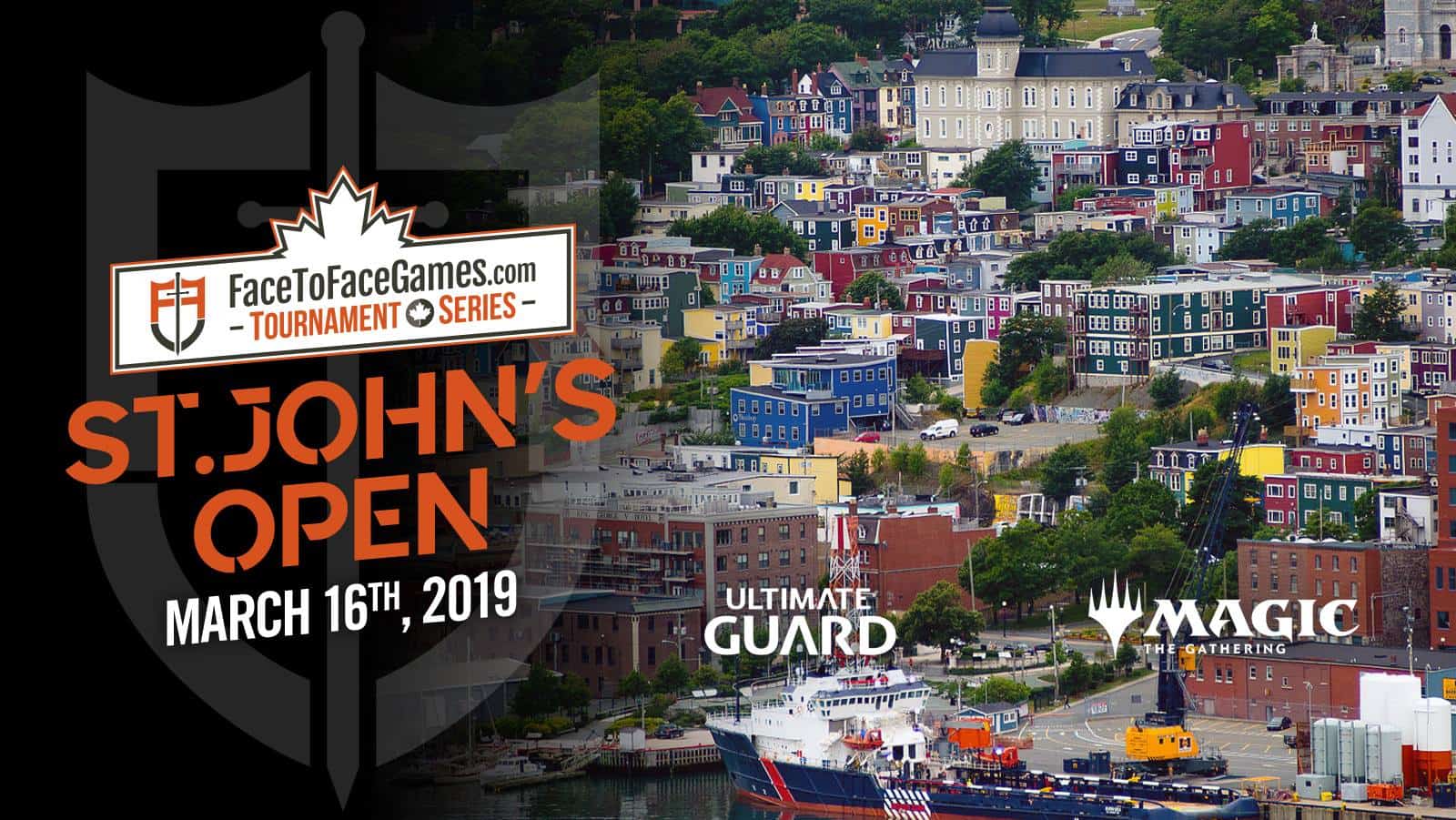