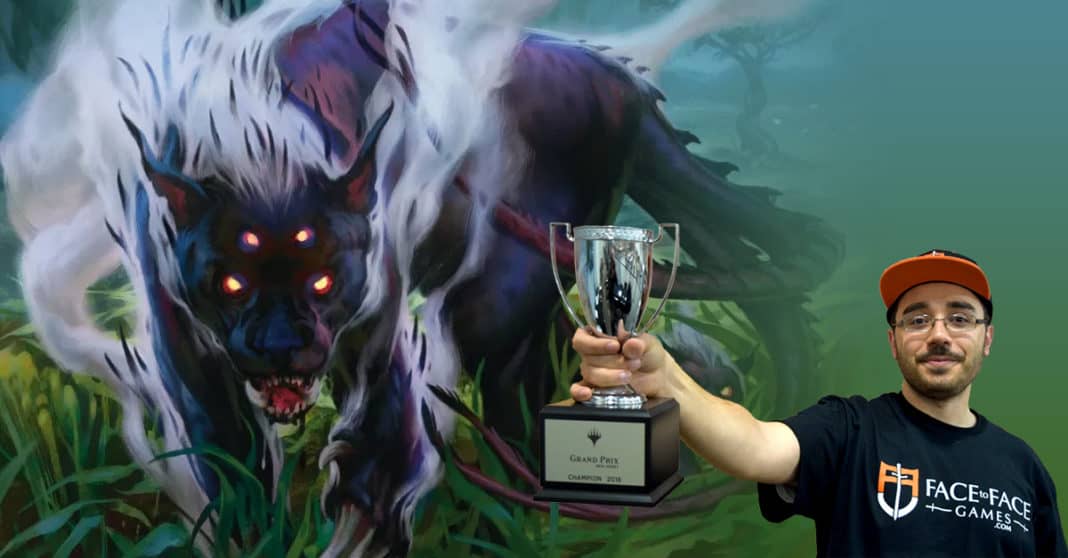 If you tuned in last week you learned all about the powerful new mechanic Companions. Much like Planeswalkers did, Companions seem set to shift the dynamics of Magic forevermore.

Planeswalkers represented a recurring, stackable threat. Each usage made the cost that much more worthwhile. If left unchecked, they would eventually amount to an insurmountable advantage.

Companions on the other hand are capable of bringing consistency and an 8th card to the starting hand size. When you think of it in this way it sounds kind of absurd…. And it is. Especially considering that many of these cards are good enough to play in the main deck.

Lurrus of the Dream-Den in particular is a card that seems to be storming all formats. Even playable in Modern Storm as a companion and currently being tool boxed with in Lotus Field Storm lists. Lurrus has taken every format to a new axis and I am going to focus on an old Modern list that I feel has gotten a very powerful new upgrade.

First thing to point out is that I am not playing Lurrus as a Companion, so I am not bound to its deck restrictions. The nice part here is it frees us up to play Emry, Lurker of the Loch which is a pivotal card in the deck.

Lurrus acts as Emry’s 5th-8th copies. In some instances, it outperforms Emry. If you have Lurrus and Grinding Station you can begin to grind yourself in the hopes of milling over a Breach. Then using Lurrus, cast Breach from the yard and continue to combo off for the victory. Many games will be gone with a quick Lurrus and a recurring of Seal of Fire blasting away all the opponent’s threats.

For those unfamiliar with how the deck works. Grinding Stations mills for three cards and you’ll target yourself with this ability. Ideally sacrificing a 0-mana artifact to do so (Engineered Explosives, Mox Amber, or Mishra’s Bauble). Then using Breach you’ll replay the 0-mana artifact. Which will untap Grinding Station and set you up to repeat the loop. Once you’ve milled away your deck and cast Oracle, you win!

The Chromatic Star can enable an alternative kill in some scenarios with Seal of Fire. Playing Teferi, Time Raveler while “Going Off” can also help protect against certain answers. A singleton Generous Gift in the main and side is for decks packing Karn, The Great Creator, but also serves as a flexible spot to deal with other threats.

For burn we get to bring in Burrenton Forge-Tender. Tender can negate an Eidolon from Burn for the whole turn on top of countering a lethal spell. With Lurrus it can be recast and protect the 3/2 Lifelinking body of Lurrus. This allows for life gaining attacks and can be a pivotal advantage.

Sai, Master Thopterist and Saheeli, Sublime Artificer both come in to threaten problem planeswalkers. They also provide an anti-graveyard-based strategy for victory. Monastery Mentor was also considered in this slot but I deemed it too easily killed in this new and current meta. Also, the synergies these two cards provide with the rest of the deck is enticing. With Saheeli, Station, Breach, and any 0-mana artifact. You can mill the opponents deck away. Each cast of the artifact creates another 1/1 artifact, which untaps Grinding Station another time and feeds it another artifact to sacrifice. Whereas Sai allows you to sacrifice unneeded artifacts for additional card advantage as well as give you the alternative win con of milling out your opponent.

Lavinia is an excellent card vs Tron decks but also combo decks like Griselbrand Neoform. The extra advantage to Lavinia being Legendary is it enables Mox Amber to produce mana. Vendilion Clique is similar in this regard and when we are trying to press for micro-advantages, Clique is great for surprising the opponent. It can take a planeswalker out while also manipulating their hand or your own.

Teferi, Time Raveler is one of the best ways to ensure our strategy doesn’t lose to counterspells. It also enables Mox plus gives us tempo and card advantage.  There are games I’ll play an Underworld Breach, recycle Mishra’s Bauble a bunch of times and then use Teferi to bounce Underworld Breach to my hand. This allows me to draw a bunch of cards and then combo kill on the next turn.

There will also be scenarios where you can cast Station and Breach but not have the mana requirements for Thassa’s Oracle. However, if Oracle is in your hand and you’re not facing lethal on your opponent’s turn, you’ll mill away the majority of your deck, untap and cast Oracle for the win.

Against decks like Humans my preferred method of victory is leaning on Emry or Lurrus and Engineered Explosives. Repeatedly wiping away their board presence often ensures their defeat. Lurrus has been shown to be an excellent threat for pressuring the opponent in multiple ways as well. The cat’s ability to bring back Station or Breach really brings this deck over the top in my eyes.

So far, I have only been able to test the deck in Magic Online leagues due to our present circumstances with Covid-19. I have fareed quite well starting out with a 4-1 into two 5-0’s. Once I knew I was onto something I knew I wanted to write about it because Lurrus is definitely a top runner for a banning. The funny part is the cat might get banned before we even get to own a physical copy of it or sling it in a live tournament.

That’s all for now, but be sure and check back next week for more. Modern is shifting fast and I plan to stay on top of it. If you’re hungry for more now check out my stream on Twitch.com/EliKassis.