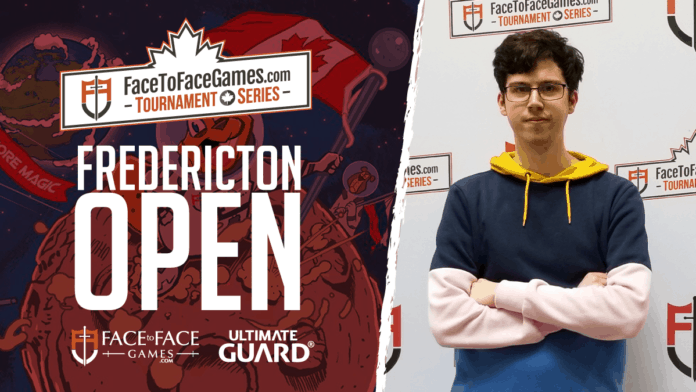 War of the Spark has released a ton of new planeswalkers into the competitive landscape and they have not disappointed. In particular Teferi, Time Raveler, Narset, Parter of Veils and Karn, the Great Creator are running full speed into both the Modern and Legacy formats.

These three new powerful threats made their mark this past weekend, when the FacetoFaceGames.com Open Series traveled to Fredericton, New Brunswick for a Modern Open and Keegan Reynolds piloted his newly-bolstered Azorius Control deck to victory!

Reynolds credited the control list he piloted to Team Face to Face Games’ very own Gabriel Nassif who has been piloting it on his stream for months now. This deck featured both Narset and Teferi from the latest set, which offer the deck some nice early card draw and some additional value from their powerful static abilities. The fact is, planeswalkers that cost three are just so powerful as is, and these ones feel particularly pushed given their ability to keep you hand full.

Took down the @FaceToFaceGames Fredericton Open yesterday with UW. Shout out to @gabnassif for the constant work he puts into this deck and the list I based this off. Likely going to do a long form write up on the event and list at some point this week. pic.twitter.com/N6H7gGhO94

Reynolds defeated Bobby Bourque and his Burn deck in the finals to take home the trophy on Saturday.

Joining them in the Top 8 was Sean Rutledge playing Affinity, Liam Dixon and his Infect deck, Josh Breau who has now Top 8’d three Opens in a row on the east coast, Jeremy Cameron playing The Rock, Kris Mead dredging up his graveyard and Travis Benedict who played Tron featuring Karn, the Great Creator.

As usual, we had a pretty diverse Top 8 at a Modern Open. This format really gives players the chance to play with whatever they like best and still have a shot at taking home the trophy. That said, Azorius Control has really become a force on the Open Series over the course of the past few months. Of course it claimed another trophy recently when Stephen Kerr took down our Barrie Open and that was before all these new additions. We’ve also watched Breau dominate virtually every one of our east coast events with various Hallowed Fountain decks for months now. We’ll have to wait and find out if it continues its dominance going forward.

Stepping outside the Top 8, we’d especially like to recognize Canadian judge Jon Goud for getting to take his judge shirt off and come out and battle for once. It was awesome to see him out playing on Saturday.

Over the course of the day we fired 11 Commander pods and eight Drafts while alongside the Open. We also had a special upgrade in Fredericton, where all 84 players played on ergonomic office chairs. We were battling in full comfort.

Before I leave you for the week we at Face to Face Games want to remind you about our upcoming 10k Mythic Championship Qualifier taking place on June 15 in Toronto. We’ll be hosting it at the Montecassino Hotel, and every registrant will get a free Arcbound Ravager promo with entry. Make sure to pre-register and we’ll see you there! 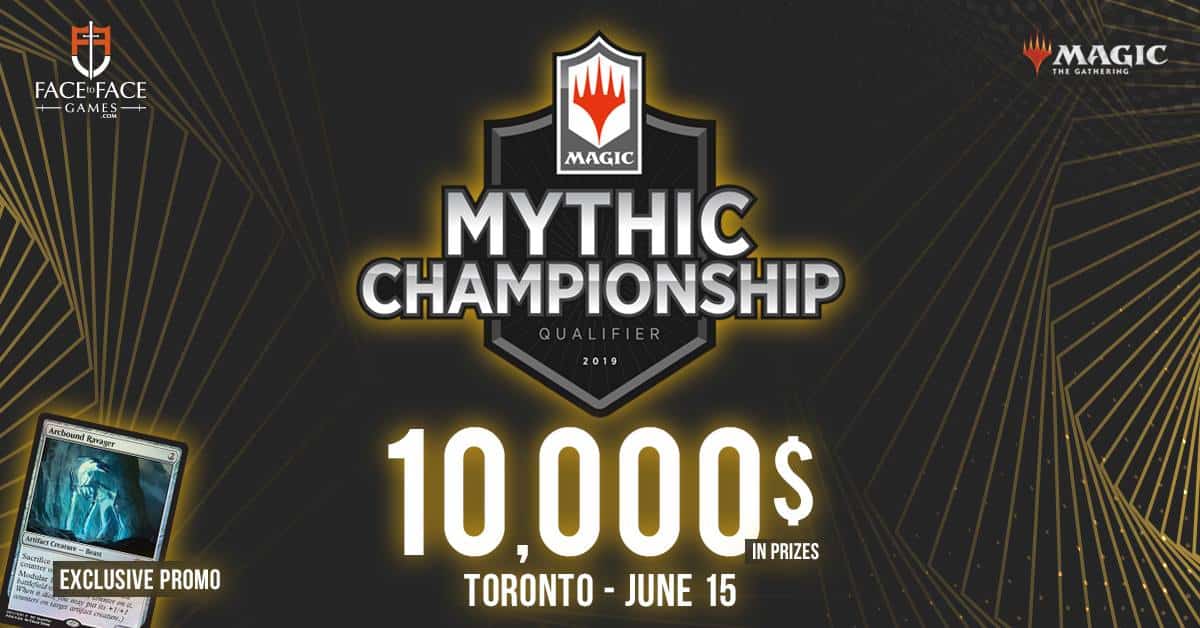 Congratulations again to our champion Keegan Reynolds from everyone at Face to Face Games! Additionally, we’d like to extend our thanks to both our Open Series sponsor — Ultimate Guard — who hooked up everyone in the Top 8 with some awesome swag and to our amazing judge staff! The next stop on the series is coming up this coming Saturday May 25 when we’ll be hosting a Modern Open in beautiful Calgary, Alberta. Make sure to pre-register and we’ll see you there! 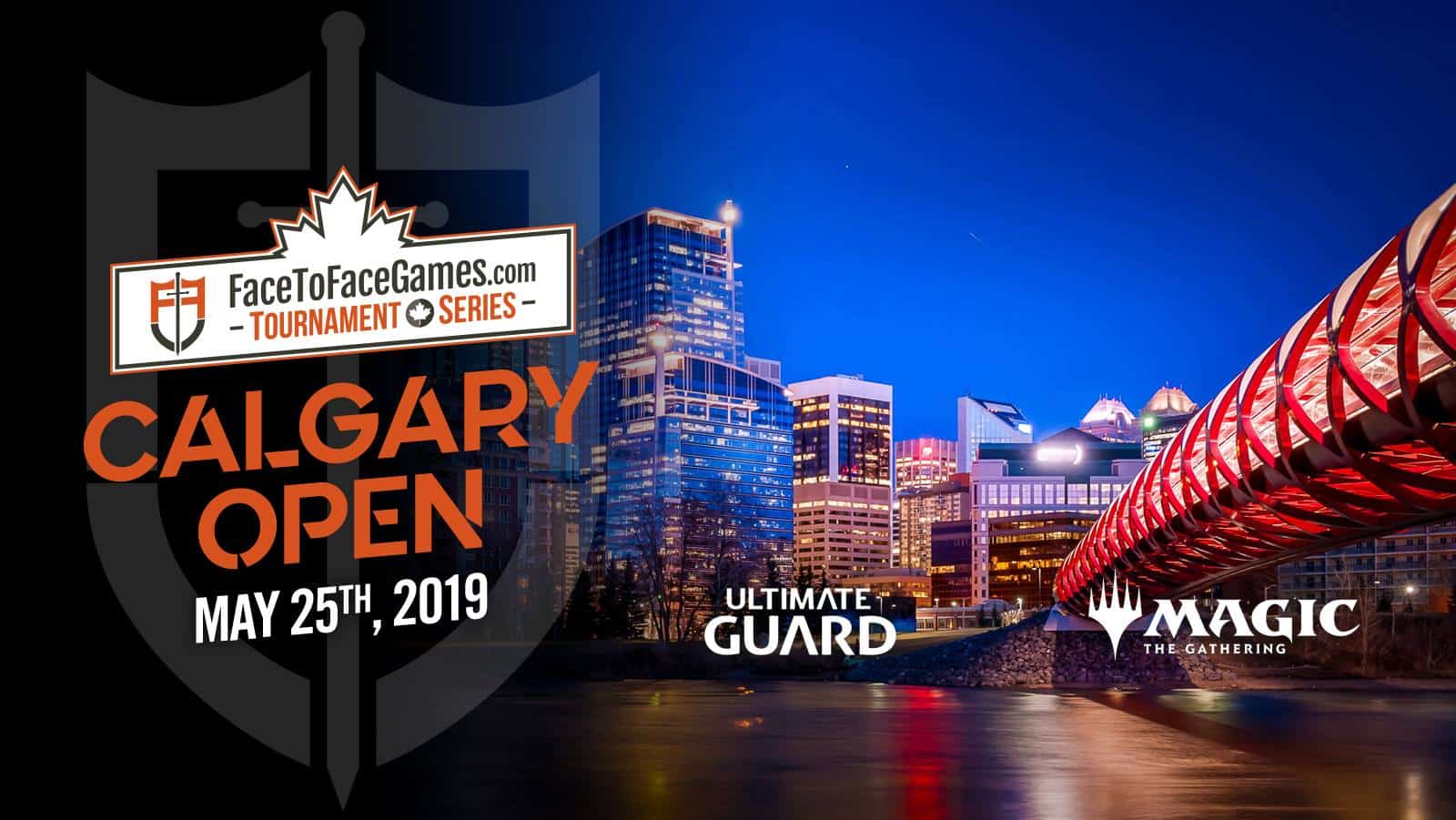