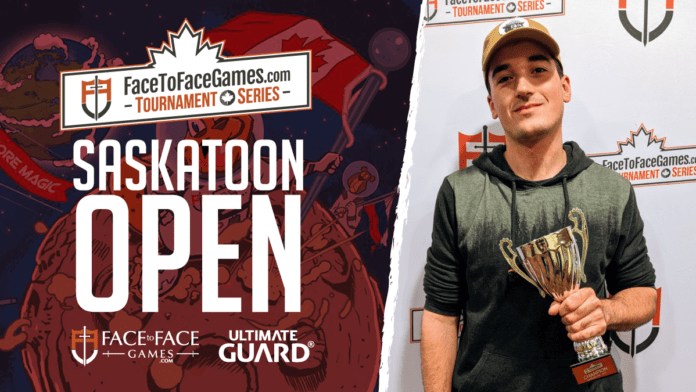 Just a few short hours after Shawn Dhaliwal raised the Hamilton, Ontario Modern Open trophy on the back of the absolutely busted Hogaak Bridgevine. Jeremie Asselin-Maulé was lifting a trophy of his own, in Saskatoon, Saskatchewan where we hosted yet another Open.

But Jeremie was playing an entirely different kind of Magic. He took down the event on the back of good old fashion Jund.

It’s true that with the addition of Modern Horizons, the format has only quickened its blazing fast speed, which has led to cries for bans. With that said, some of Modern’s most fair decks have been able to put up a fight against the Faithless Looting menace and Jeremie showed us that again on Saturday.

Jeremie defeated Geoff Litwin and his also-extremely-fair Jeskai Control deck in the finals.

Joining them in the Top 8 was David Shea Manning on Living End, Stéphane Gérard who played a sweet Emeria Control deck, Kyle Gellert in his sixth Face to Face Games Open Top 8 with Hardened Scales, Joe Kruppi and Ryan Spence on Humans and Todd Pilling on Izzet Phoenix.

Gellert’s Scales list featured a brand new card in Scrapyard Recombiner from Modern Horizons which looks to slot nicely into this high powered Artifact deck. Gellert is one of the most decorated players in Open Series history, and showed once again on Saturday that if we come out West, he’s gonna be in the Top 8.

While all the Modern action was going down in the main event, we had players on-site all day battling in side events and buying and selling cards over at the Face to Face Games booth. Our side events were crazy busy all day long, we fired nine Modern Horizons Drafts, six War of the Spark Drafts and 11 Commander flights.

What’s more is our friends at the Commander Cookout podcast were on-site as well gun-slinging games against other Commander players for some sweet free swag.

Congratulations again to our champion Jeremie Asselin-Maulé from everyone at Face to Face Games! Additionally, we’d like to extend our thanks to both our Open Series sponsor — Ultimate Guard — who hooked up everyone in the Top 8 with some awesome swag and to our amazing judge staff! The next stop on the series is coming up on July 22 when we travel to Toronto, Ontario for a special Team Trios Open. Make sure to pre-register and we’ll see you there! 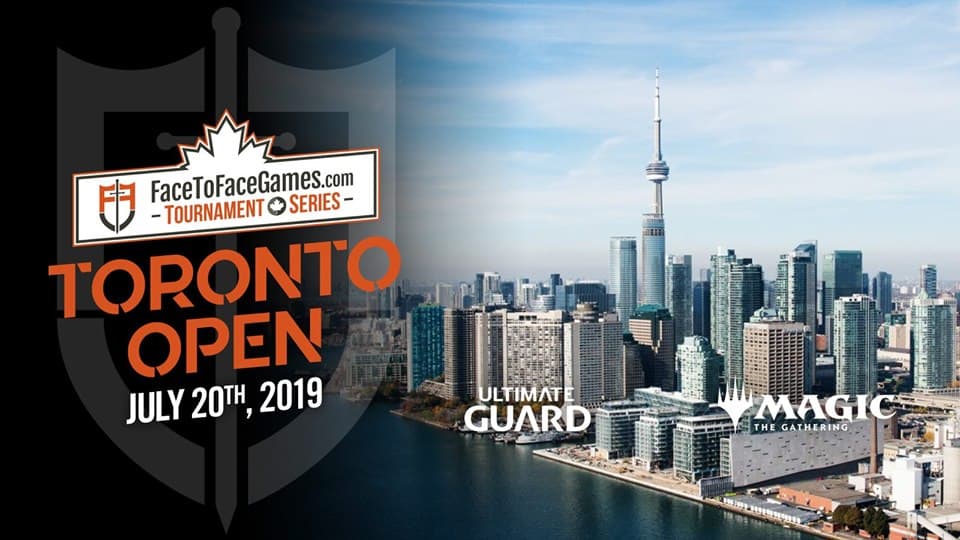