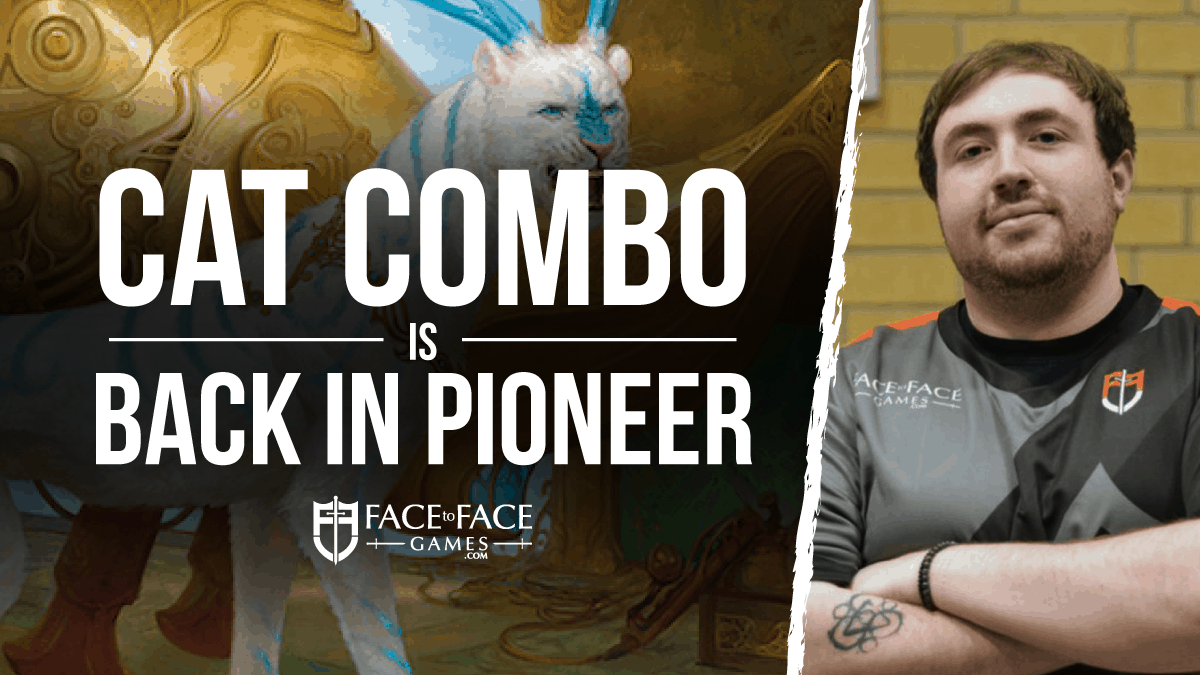 Pioneer is the talk of the town in Magic right now. With the exception of maybe how broken [Card]Oko, Thief of Crowns[/Card] is.

For those of you who have been living under a rock, it’s a format where all cards from Return to Ravnica to the latest set are legal. The one caveat is that the five fetch lands from Khans of Tarkir are banned. Also, it is very likely that there will be more cards banned before the first Player’s Tour takes place that uses this format.

So, we’re all going to spending the next few weeks trying to find a deck to play in Pioneer. But where do you start with all these options? Well here is a tip from Sam Black that I think everyone should follow:

Related—how to build a Pioneer deck:

1: Find a card you think should be banned.

This format has some incredibly powerful cards that have seen sweeping bannings across multiple high-powered eternal formats. So what cards are in the conversation that could potentially be banned in Pioneer? Here is my short list:

Emrakul is a card that is only going to get more obnoxious the larger the format is. Not only is it a very powerful card that many control decks can’t beat in long games, it’s also a card that is extremely really un-fun to play against. For that reason, I don’t expect it to live long in the format.

[Card]Rally the Ancestors[/Card] may be a lot worse now than it was before, but it is an incredibly powerful card. Rally is the type of deck that can easily play around cards like [Card]Rest in Peace[/Card] and other graveyard hate and for that reason, I could easily see this getting out of hand.

Kethis is a card that has only been out for a short amount of time. We saw it dominate Standard alongside [Card]Mox Amber[/Card] and a slew of great planeswalkers before Dominaria rotated. I can easily see this card coming back again to dominate alongside [Card]Emery, Lurker of the Loch[/Card]. [Card]Mox Amber[/Card] is perhaps the better target as I’m sure given enough time, it will be just as unfair as it’s other Mox siblings.

The last of the super unfair cards is the great combo of [Card]Felidar Guardian[/Card] and [Card]Saheeli Rai[/Card]. This puts a strain on the format that I’m not sure is healthy as it creates this tension of the opposition always having to respect the combo when they have a piece on the board. Much like the old [Card]Splinter Twin[/Card] problem in Modern. I think it’s likely a piece of the combo should get banned to let the format prosper. That being said, I would actually ban [Card]Saheeli Rai[/Card] over [Card]Felidar Guardian[/Card] as I think the cat could see play without Saheeli and I don’t think the statement is the same vice versa.

There are also a few cards that while I think are likely appropriate power level for a format like this, could prove to be problematic at some point:

[Card]Smuggler’s Copter[/Card] is a card that we didn’t get to see much in Standard when it was legal — because it was so quickly banned. This was mainly due to the fact that it was colorless, so any deck could play it. The value you get from a card like this while also being such a proactive play is simply unheard of. While I think this card is likely fine in a more open format like this, I could still see it getting to a point where it’s slightly obnoxious.

[Card]Nykthos, Shrine to Nyx[/Card] is the pinnacle for any mono-coloured deck that is looking to gain an advantage from having access to a ton of mana. I think that Mono-Green Devotion will likely be a top contender in a format where the above cards have been pushed out and I wouldn’t be surprised if this eventually should make its way out of the format.

[Card]God Pharaoh’s Gift[/Card] has the ability to be cheated in play via [Card]Gate to the Afterlife[/Card]. You can do some cool things like potential combo kills with [Card]Combat Celebrant[/Card] and whatever other new toys you get in the format. I suspect that this type of deck will be kept in check by things like [Card]Rest in Peace[/Card], but perhaps it gets to a point where it can easily play around graveyard hate. Definitely something to keep an eye on going forward.

Like I said off the top, our first goal with this format is to abuse these awesome cards in order to see just how broken some of these decks can be. Which, as you might imagine, was the framework for the decks I’ve prepared for you below.

One of the most interesting things about Pioneer is that the format looks to be slow enough that many of these decks will be able to support midrangey elements to help protect or support their combo. Saheeli combo for example can lean on [Card]Reflector Mage[/Card] to keep the board clear and [Card]Teferi, Time Raveler[/Card] to protect it’s combo.

This kind of combo-control potential is nothing to bat an eye at if history has taught us anything.

Here are some lists that I’ve been working on:

Pioneer is gearing up to be a very exciting format and I think once we get passed the initial brokenness of the format, I think it has the potential to be one of the best formats Magic has seen since the inception of Modern. I’m really looking forward to playing this format more once the Mythic Championship and the Invitational are over.