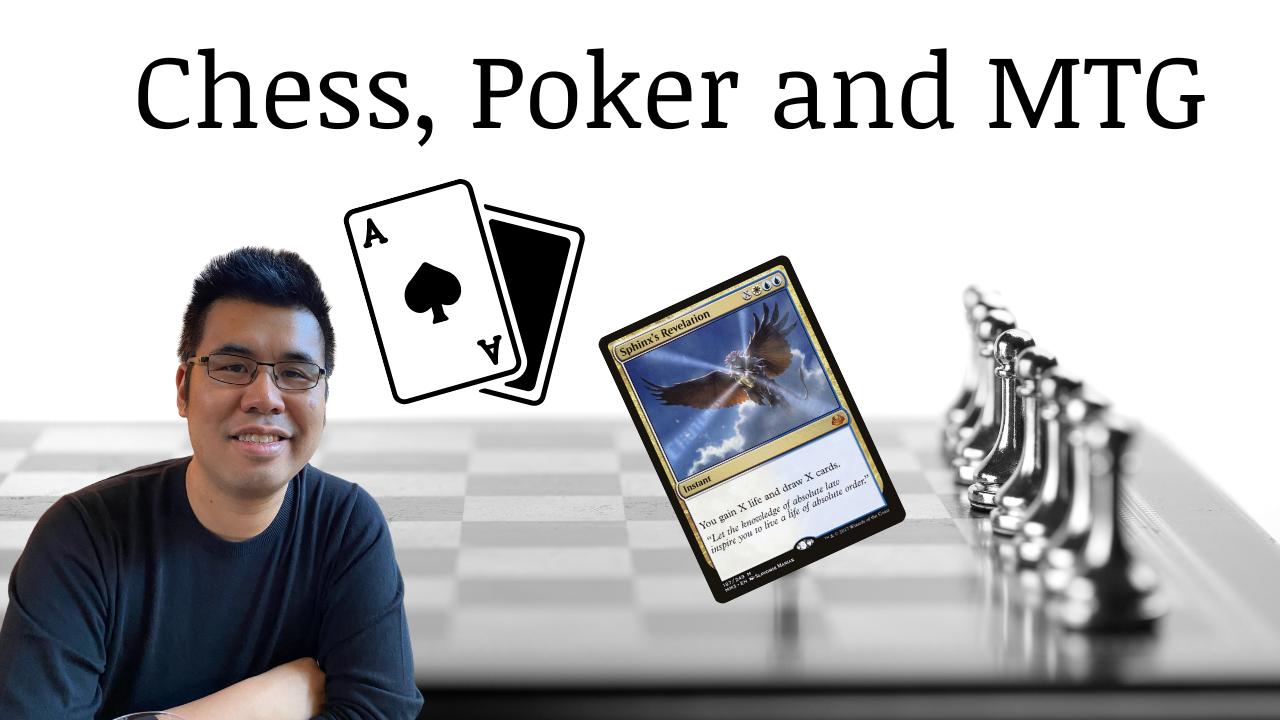 12 years ago I started ManaDeprived.com. It was the digital home for my Magic: The Gathering content, most of it directed at the competitive player. Nowadays, my main focus is to help Face to Face Games run the greatest Magic: The Gathering tournament circuit in the world. So far, I’m happy to hear that the overall feedback for the F2F Tour has been very positive. If you haven’t heard about it yet, go find an event near you NOW!

Despite being out of the competitive side of the game for a long time, I have always been obsessed with trying to uncover the higher levels of the game – strategic concepts that can apply to more than one specific format.

It was the reason behind starting the Table for 2 podcast with one of my best friends, Alexander Hayne. He’s widely considered the greatest Canadian player of all-time. I am happy to say our catalogue together has aged quite nicely because of its non-format specific nature. During its run some of the very best players in the world tweeted that we accomplished our goal: providing value beyond the usual decklist + sideboard guide combo article.

I’m writing this blog post because my brain is starting to churn again and I need to put these thoughts on paper.

The Value of Being Unpredictable

I was re-listening to our episode The Value of Being Unpredictable last night. In one of the segments, we discussed about the value of having 1-ofs in your deck to keep your opponents guessing.

In Magic, there are many ways we can get an advantage by putting our opponent in an environment where they are less likely to make the best move. Sometimes, it’s random singletons in your deck. Other times, you’re piloting a combo deck that has an engine that many don’t understand. I also think about spots where you constructed a deck that can represent different cards in various scenarios.

Holding up WBG in Siege Rhino Standard though? It was always Abzan Charm.

I think about other games I have dedicated my life to where this principle of bringing your opponent to DEEP WATER might be applicable. In chess, many of the openings has been studied to death where the first stage of a match has become a memorization game. Sometimes, you might want to play a lesser-known move just to throw your opponent’s prep out the window. As a quick example, the World Champion Magnus Carlsen has played 1. a3 multiple times with this purpose in mind (even as recently as this month).

“These days, it’s all about surprising your opponent and taking it into a position where you have more knowledge.” – Magnus Carlsen on Lex Friedman Podcast #315

Poker at the highest level has also become a game that requires a certain degree of memorization. When I have casual conversations with friends, they still think of 2003 poker where it was on TV everywhere.

It’s all about reading people and knowing when people are bluffing right KYT?

I think it’s cool if I show you software a modern online poker player might look at. This is a screenshot of PIOSolver.

Software has existed for a while now that shows you how to play a game-theoretical optimal strategy. It’s more complicated than I am explaining it but essentially, you have something that can tell you how often you should bet, check, call or fold. They’re called solvers. Some players will try to emulate these solvers as close as possible by memorizing their approach in numerous situations.

Ben Sulsky (aka sauce123), one of the best online cash game players in the world, shared these thoughts in February of 2021 on the need to get opponents out of their comfort zone:

“I think it’s going to become more important as poker gets more solved and professionals get more familiar with the main lines that they’re going to see in poker situations and I think as hopefully top professionals, something that we want to work on is putting our opponent in more complicated and more difficult lines even if we sacrifice a very tiny amount of EV to do so.

These two giants are thinking about the same thing. Leave a comment telling me how you think this concept can apply to Magic. Have you used it recently in how you build your deck? Perhaps you used it during a game where you made the board state as messy as possible.

I’ll finish this little post with a story from GP Vancouver in 2014. Prior to the tournament, Alex asked me which deck he should play. I’m not 100% sure, but I’m confident he asked me on Friday (the night before the tournament!). I said it had to be the one that exercised the most skill. It had to be UW Sphinx’s Revelation. He last minute built a UW list made by Saito and promptly won the tournament.

Of course, Alex probably didn’t actually need MY advice but I appreciate him giving me the feeling that he did. He’s a good pal. I bring this story up because I feel I have a slightly more nuanced take as to why playing Sphinx's Revelation and Supreme Verdict was more likely to pay dividends for Alex than manning Pack Rat and Underworld Connections.

At the time, I think I associated “exercised the most skill” too much with “hardest to play”. Like sauce 123 mentioned above, it’s important to play to spots where it’s hard for us to misplay. It doesn’t make sense to play a complex deck just cause it’s complex. Ideally, a deck has to present their opponent with a difficult set of problems.

Control decks with instants naturally have this set of problems built-in.

Oh crap, Alex has 3 mana up. Does he have Dissipate? If he has , then I should play A before B, but if he doesn’t, then B is probably better? WHAT DO I DO?! I don’t really know, so I’ll play C.

Control decks also always have some sort of sweeper which often make you second-guess if you have over or under-committed your board. If all your cards do very similar things, it makes your deck easier to play against.

Though be careful, I’m not necessarily advocating that you should start doing something like include a singleton Spellstutter Sprite in your decks. That may or may not be right. There could be a limitation to certain Magic formats where the more versatile card is too weak to benefit from its flexibility or surprise factor.

I have no clue if today’s Magic formats allow for these possibilities of bringing your opponent into DEEP WATER, but next time I’m back, it’s a vector I want to have fun optimizing for.

Now please – come entertain me in the comments section!

Great stuff as always. Would love a table for 2 revamp!!!Take care and ALWAYS live with your adorable daughter. It’s the meaning of life

I have to be convinced to play again. Dominaria United? I just might.

Great take!
Glad to see you producing more content and I couldn’t agree more about this article!

I expected nothing else from someone who is known as a Rogue King.