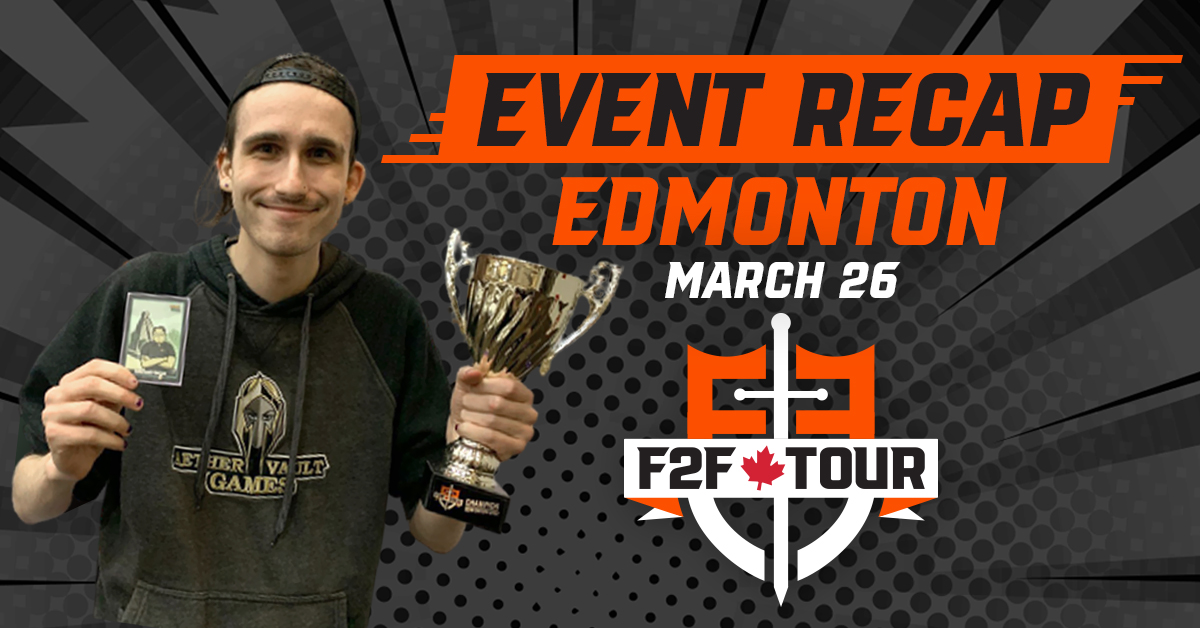 Lots of news this week! Not only did we have an explosive announcement from Organized Play where we found out about the return of the Pro Tour and that Face to Face Games is in charge of Canada’s Premier Play system, the F2F Tour kicked off the Welcome Back Tour this past Saturday.

Lots of players came to sling some cards and not just Modern too. The room was filled with Commander players.

A lot of them took advantage of our Commander Experience Package that is offered at every F2F Tour Stop.

In the main event, Ash Loraas took the tournament with his version of 4C Elementals.

When I asked him how he settled on his list, he answered:

“So I picked Elementals as we just had a tournament locally and I was on 4C and I saw how much 4C and Death’s Shadow there was and I wanted a more midrange value based deck with the ability to put on a faster clock with Titania so I would have less of a chance of going to time.”

According to him, as long as you avoid Tron and Living End, you’re good. To learn more about his thoughts about the deck, you can check out his appearance on the First Strike podcast.

Coming in 2nd was Joe Hurley with 7-Cast.

“We came up with this Modern version of 8-cast (now 7-cast) after talking about what we like from Urza lists and how busted Reality chip felt. Overall, it’s a deck that feels good and there’s plenty of room to expand. I’m not a fan of main deck Reaction at the moment, but post board I like the options. 2nd colours are certain considerations, like red for Ragavan, but the mono Blue base has some major draws.”

Both Ash and Joe are getting invites to the first Tour Championships retroactively and I will be keeping my eye on how these two perform there, especially Ash who is as confident as they come for someone who only jumped deep into competitive play at the start of the pandemic.

What’s next for the F2F Tour? The next Tour Stop is in Toronto on April 9th where Tour Championship invitations will be on the line. Some of the province’s top players have mentioned that they are preparing to battle, so this is going to be a can’t miss event!