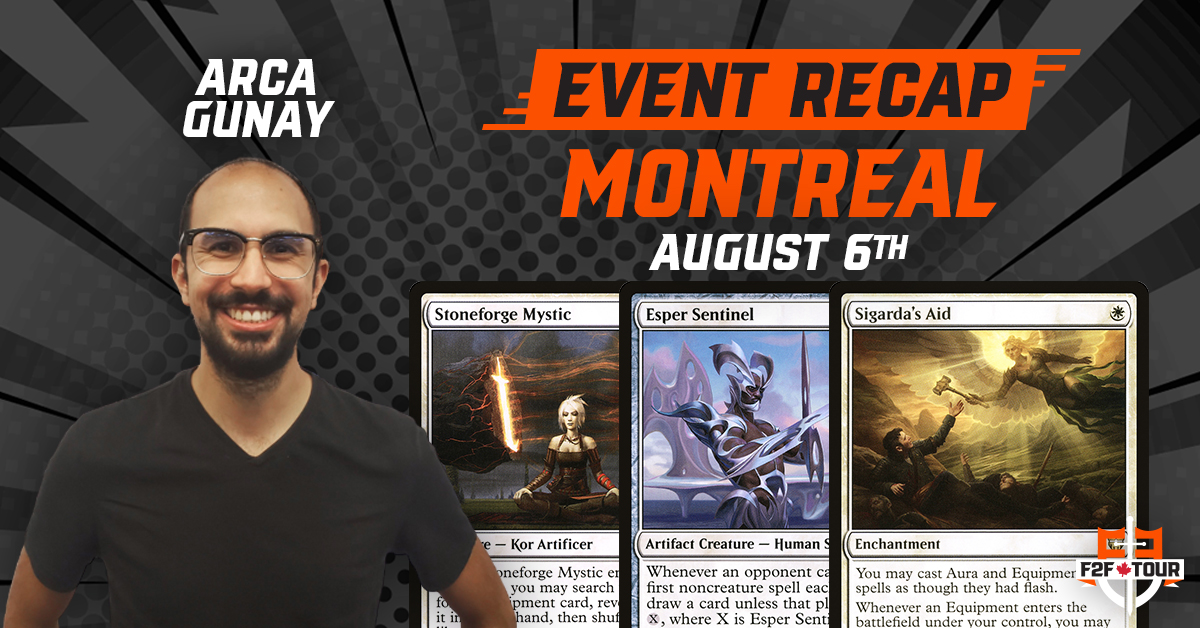 The most F2F Tour Stop was held at the Sheraton Hotel in the wonderful city of Montreal.

In the Open, Arca Gunay bested 152 players and took home the trophy with Hammer Time.

Beloved content creator Derek Pite, who just recently made top 8 at F2F Tour Stop Toronto, was the finalist at this event.

I asked him if he made any changes.

“I added a Dress Down the the main and cut a Dragon’s Rage Channeler, and then put another Mystical Dispute in the board. I was expecting more Hammer, Titan and more Murktide. But paper metas are weird so they can be completely random too. I think I was right but it didn’t end up mattering that much.”

If you want more detailed insight from Derek, you can check out his Patreon here.

Philippe Asselin made top 8 with a saucy Archon Creativity list.

Naturally, I had to ask him about the deck.

“I’ve been playing Creativity for 3 events now and the deck always felt great to me. It has just enough interaction to get you to your first resolving of Indomitable Creativity. Furthermore, the power of a resolved Archon of Cruelty is sometimes enough to win games. My recent addition of white to include Teferis also felt much needed in the interactive matchups. I like what the deck does and I’ll stop playing it when it starts losing.”

That’s it for me, so when’s our next event? We have actually been on a roll recently, basically running an F2F Tour Stop every weekend. This Saturday, we will be at the Saskatoon Inn & Conference Centre hosting F2F Tour Stop Saskatoon. Hope to see some of you there! Check out the event page for full details!