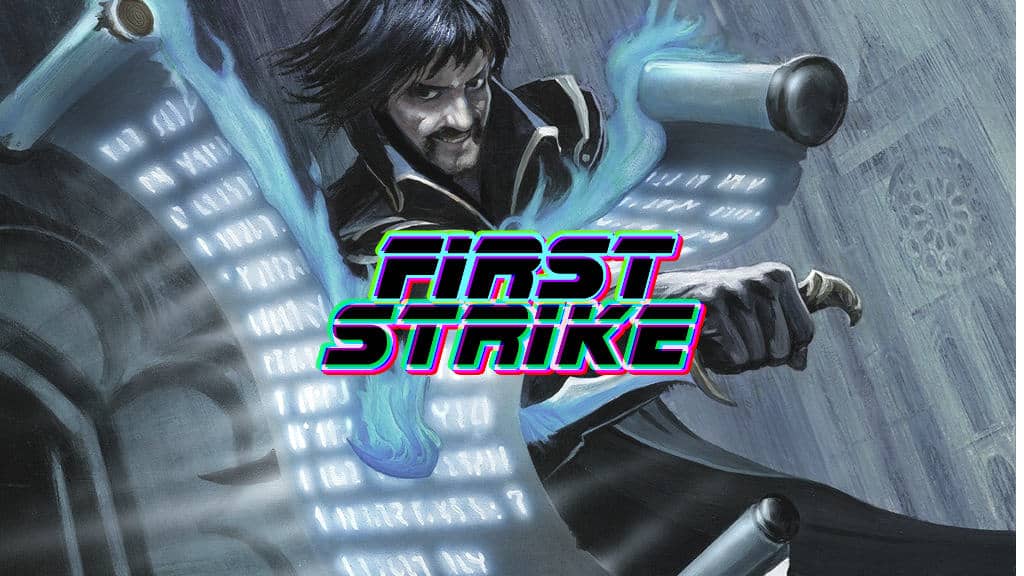 KYT, Elliot, Derek, and Andy look back at the weekend in Cleveland, including Standard and Limited conclusions, as well as the best path to the pro tour, and a lengthy heated debate on who is the greatest of all time and why!

(00:01:30) The First Strike crew are sad to see coverage great BDM leave the WotC coverage team. How was Elliot’s Mythic Championship with Sultai Midrange? Any surprise decks? How was his Ravnica Allegiance draft? Does he feel the same about the power of enchantments in this format? Is the UW Mill deck the most powerful archetype on the limited format?
(00:13:33) How has Andy’s MC Cleveland playing the PTQs both days? What did he learn about playing Surgical Extraction in Modern Izzet Phoenix? Are enchantments as powerful in the sealed format as draft? How did it feel having a Magic Fest at the same event as the Mythic Championship?
(00:21:15) Was there any surprise to Mono-Blue taking down the Mythic Championship?
(00:28:42) After making yet another Pro Tour/Mythic Championship top 8, at what point does LSV surpass even Kai Budde and Jon Finkel as greatest of all time? How much does the flow of metagame information and the availability of superteam testing change this perspective?
(00:56:28) In the last hours of the Mythic top 8 grind on MTG Arena, is that grind worth it? What is the ideal path to the pro tour?