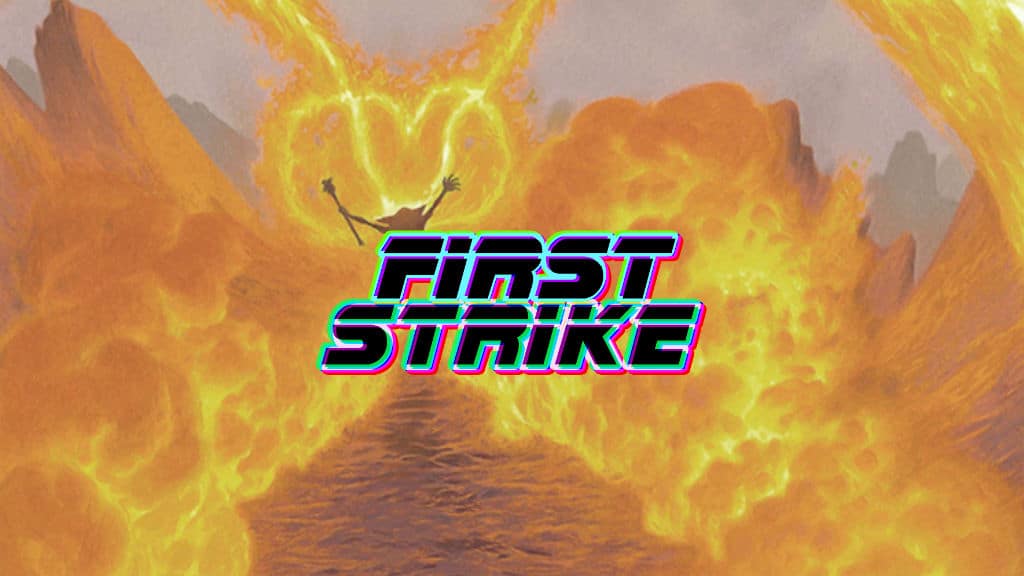 KYT, Derek, Elliot, Andy and Jonathan return from MagicFest Calgary to discuss the success of the Mythic Invitational, the best decks for Modern, and preparing for War of the Spark Limited.

(00:01:03) Was the Mythic Invitational the best Magic event for viewing of all time? How good was that trailer for War of the Spark? Why best-of-1 is such a good format for viewing.
(00:17:13) How did the guys do in their bracket predictions for the Invitational?
(00:20:25) So why did Brian David-Marshall replace Owen Turtenwald as a group A competitor?
(00:28:30) How was Dredge for Jonathan at MagicFest Calgary? Why Pyromnancer’s Ascension over [card]Crackling Drake[/card] in Andrew Huska’s top 4 Izzet Phoenix list? Did the results in Calgary change Derek’s testing for the London Mythic Championship? Why is Blue White Control a trap?
(00:41:46) Was Attila Fur’s Jund Breach list the best of its kind? Why is Derek not completely looking forward to MC London? How does one prepare for a Limited format that only starts to exist the same weekend as the tournament?