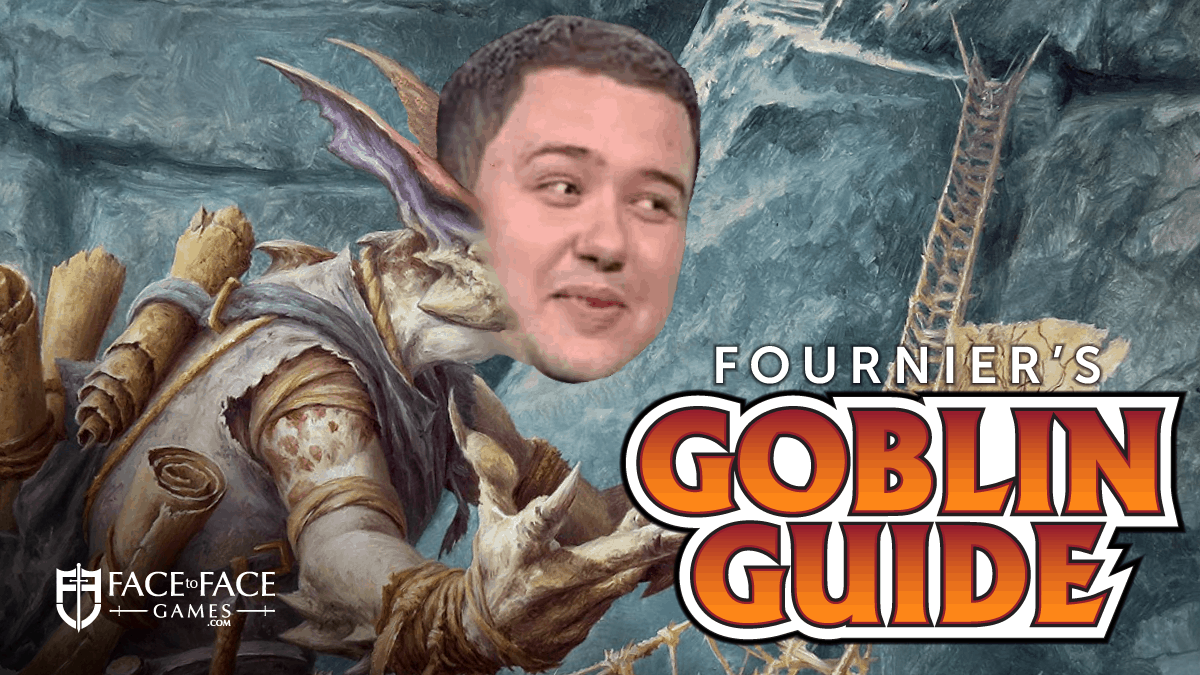 Welcome to another edition of the Goblin Guide, where I take a look at what’s happened in tournament Magic over the last week and tell you exactly what you need to know going into the weekend’s events. Speaking of which, we’ve got an Open in Grande Prairie — and I refuse to learn which province that’s in — a Modern Showdown at Face to Face Games Toronto, and the first of several Standard WPNQ Preliminaries at the Montreal store. Be sure to check those out, as well as the Toronto store’s preliminaries, starting soon, if you’re interested in qualifying for PT Phoenix through local game store play!

To nobody’s surprise, Amulet Titan was the dominant deck at last weekend’s SCG Open in Indianapolis, with experienced pilots cruising their way to plenty of top finishes. What I didn’t see coming, however, was just how quickly the rest of the metagame returned to its rest state. Sure, there were Urza decks killing it, but only three copies in the top 25, piloted by arguably the three best players in that top 25, doesn’t make a powerful case for the deck’s dominance. I, for one, am pleased with these results, as I bought [Card]Mox Opal[/Card]s and would prefer not to be made to look like the clown I am. Modern did what Modern does best, and all of the format’s tiered decks made appearances, but also two Humans decks.

A course correction that fast means one thing to me: continue to sail straight forward. There’s still innovation to be found within the Urza shells, most recently with Oko finding a home in the sideboards of the [Card]Jeskai Ascendancy[/Card] versions. A two-card combo able to kill on turn two coupled with a bunch of maindeck interaction and the capability to grind simply cannot be overlooked just because of a poor weekend. Oko solves all the deck’s problems — it’s an individually powerful threat against fair decks, and beats the artifacts and creatures that can shut us off. [Card]Stony Silence[/Card] getting you down? Just kill them with 3/3s. Here’s how I’d build Oko Ascendancy this weekend:

That said, I’m sick of the Modern portion of this column being the Urza Outcome news feed, so here’s some fresh technology for those of you trying to beat up on the best decks in the format. [Card]Blood Moon[/Card]? Yeah, there’s only one real Astrolabe deck, and with Amulet around a-plenty, the card’s stock is high. How do you beat combo decks? A clock and plenty of disruption. Maybe, [Card]Delver of Secrets[/Card]? An unexpected Delver deck has been making the rounds online, and local aristocrat Omar Beldon took the deck to a near-miss at a local IQ, losing only the semifinals to the luckiest player in the room (it was me, I was the luckiest player in the room). Granted, there are a few cards in Omar’s list specifically that I’m not so hot on, be it the maindeck [Card]Brazen Borrower[/Card] or the sideboard [Card]The Royal Scions[/Card], but the core concept of this deck is extremely solid. Countermagic is randomly very good in Modern right now, with several of the top decks relying on casting specific, powerful sorcery-speed cards. [Card]Archmage’s Charm[/Card] becomes playable, and with the [Card]Deprive[/Card]/[Card]Mystic Sanctuary[/Card] soft lock also flipping your [Card]Delver of Secrets[/Card], we might have a contender. Sure, the deck’s creature suite is incredibly soft to [Card]Wrenn and Six[/Card], but that card is last month’s news. Let’s go!

All that said, given that we’ve settled back into a comfortable, pet deck-centric Modern metagame, plenty of decks should be capable of putting up great finishes this weekend, so long as you’re not playing something that struggles to interact with the quick combo kills of [Card]Jeskai Ascendancy[/Card] and [Card]Amulet of Vigor[/Card]. That means that you shouldn’t play Valakut. Probably ever, to be honest, but definitely not now.

As for Standard, I’m writing this as I half-heartedly watch matches of Mythic Championship V in a format that really isn’t doing much for me. There’s a banlist update soon, after which I’ll be diving into the format wholeheartedly, but as for this weekend specifically, surprise, you should probably be playing with Field of the Dead while you still can. Local Standard events are typically not loaded up with people playing the format’s best or most broken deck, so be wary of metagaming like Ken Yukuhiro and many others did with powerful [Card]Embercleave[/Card] decks. I love Fires of Invention, but I’ll defer to the expertise of the many best players in the world who chose to play more consistent Bant variations of the deck. You should probably play whatever Canada’s golden boy ran with: