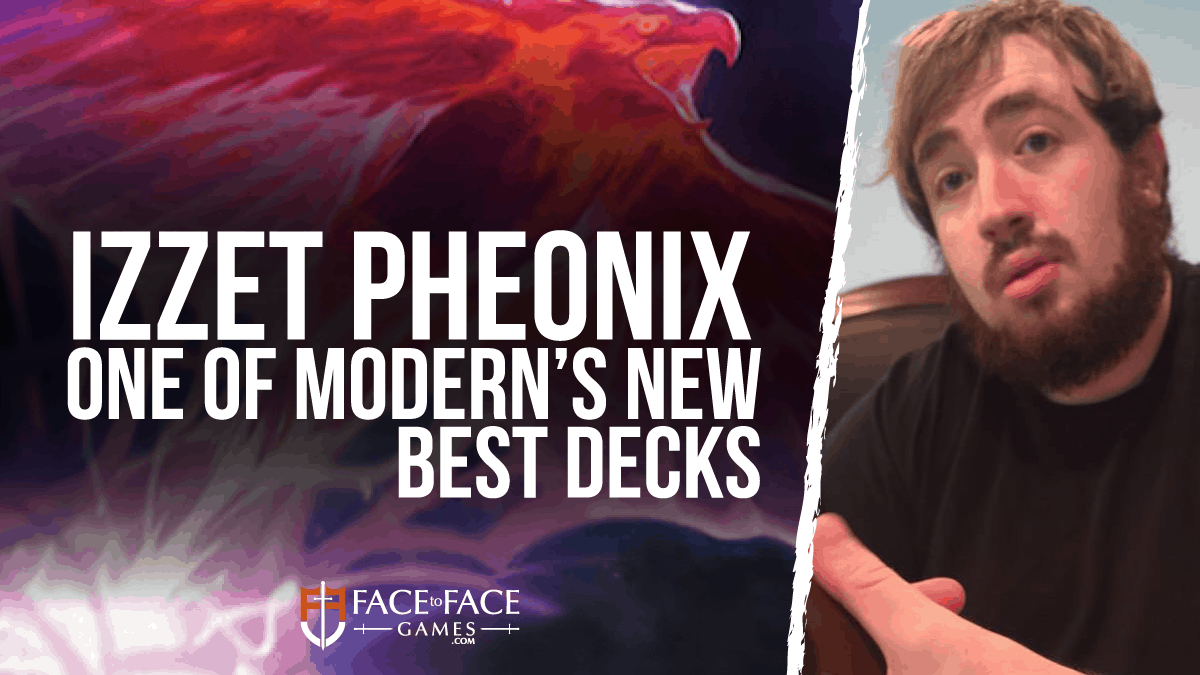 With Grand Prix Oakland and SCG Columbus on the horizon, Modern is currently my main focus.

A few weeks back at the SCG invitational, I was planning on playing U/W Control, it’s been the deck I’ve been playing for the last while in Modern, and it’s tough to switch decks in this format. But, I was curious how [Card]Arclight Phoenix[/Card] would fare in Modern after the early hype around it. I was pleasantly surprised. Within my match of playing the deck, I knew that the days of grinding out wins with U/W were long behind me. Instead I would be attacking with[Card]Arclight Phoenix[/Card]!

Here’s the list that I played to an 11th place finish at the invitational, going 7-1 in Modern:

Let’s go over the deck piece by piece:

When I originally tried playing this deck, I didn’t play [Card]Thing in the Ice[/Card] — and I was very wrong. [Card]Thing in the Ice[/Card] not only provides a nice clock when you can build up your spell count, but It also is essential in matchups like Humans and Spirits where you may need to stave off a swarm of creatures to prevent you from dying.

Frankly, this is one of the reasons to play this deck right now. These creature matchups are very popular, and you’ve got a solid proactive plan against them.

I’ve seen people run less than three copies of this card, and I’m here to tell you I would sooner run four!

[Card]Serum Visions[/Card] is very valuable in this deck as it is one of the few spells you actively want to play on turn one. Visions allows you to set up your next turn or setup your spell sequence for the turn. It’s these kinds of sequences that allow you to ensure that you get to three spells for [Card]Arclight Phoenix[/Card].

[Card]Opt[/Card] is just instant speed [Card]Sleight of Hand[/Card]. It can trigger your Thing in the Ice on your opponent’s turn which should never be over-looked. It is the second best blue cantrip in the deck.

[Card]Thought Scour[/Card] is the highest variance of all the cantrips, but with that variance comes busted draws. I believe in a format like Modern, you should try to maximize your ability to do something broken, and Thought Scour allows that to happen.

At the Invitational, on turn two I cast Manamorphose into [Card]Thought Scour[/Card] milling two [Card]Arclight Phoenix[/Card], discarded another Phoenix to [Card]Faithless Looting[/Card] and attacked for nine. Now, I’m aware of how unlikely that is to happen, but it simply cannot happen without Scour. It also has the added capability of targeting your opponent in post board games in hopes to snag a good [Card]Surgical Extraction[/Card] target!

Alright, this isn’t a cantrip. But, it is a card that I would include in the deck going forward. Just like Thought Scour, this is a card that is high variance. However, it will win you games that no other card can win you games. [Card]Crackling Drake[/Card] plus [Card]Maximize Velocity[/Card] is pretty close to [Card]Splinter Twin[/Card] in this deck.

The cards I’m not playing

I think one or two copies of Jace could be a good card in this deck. I dislike turning on your opponent’s removal more in game ones, so to that end I’m not sure how good it would be.

That said, additional ways to grind going late really could further this decks engine. There are many grindy matchups where you can battle going late with you phoenix engine. And, well Jace helps both halves of that engine.

The first thing I did when I saw Ross’s original decklist was cut this card. I really dislike it. Yes, it improves your linear matchups, but I think there are better ways to go about doing that and this is ultimately unnecessary.

As for the sideboard, there are a lot of options and Modern is a very fickle format — you just can’t beat everything. I’m a big fan of the white splash for [Card]Stony Silence[/Card] in theory, but I have yet to actually try it.

As for my sideboard, I think I would add some number of [Card]Rending Volley[/Card]s if I had a tournament tomorrow. Cards that I would like to try long term are [Card]Leyline of the Void[/Card], [Card]Stony Silence[/Card] and [Card]Young Pyromancer[/Card].[Card]Leyline of the Void[/Card] is definitely a bit risky, and I don’t love having to mulligan to a card that if you draw mid-game you likely can’t cast, but the effect is super powerful in Modern right now. [Card]Stony Silence[/Card] is mostly for KCI, but it’s possible that it’s not completely necessary. Finally, [Card]Young Pyromancer[/Card] is a great threat that can catch people off guard in post board games, allowing you to go wide.

So what makes Izzet Phoenix such a good deck in Modern?

I believe that Izzet Phoenix is currently the best deck in Modern if you’re looking to play fair. It has a lot of interaction for creature decks in game one and can be sculpted to be more interactive against combo decks in post-board games.

What makes Izzet Phoenix even more unique is its capability to play an unfair game when you need it to. The ability to beatdown with one or even two [Card]Arclight Phoenix[/Card] on turn two is nothing to scoff at even in Modern.

This deck also has the unusual advantage of being fueled by its graveyard while not being particularly weak to hate. Having access to [Card]Crackling Drake[/Card] and a generally fair and interactive Plan A, makes your opponents hate extremely awkward. It’s for this reason that I much prefer this version to those relying on [Card]Bedlam Revler[/Card] and [Card]Pyromancer’s Ascension[/Card].

As always Modern is as diverse as any format can be. I highly recommend giving Izzet Phoenix a try, but there are many other viable options out there for everyone. As for me, I’ll keep sticking to fairish decks with terrible Storm matchups!