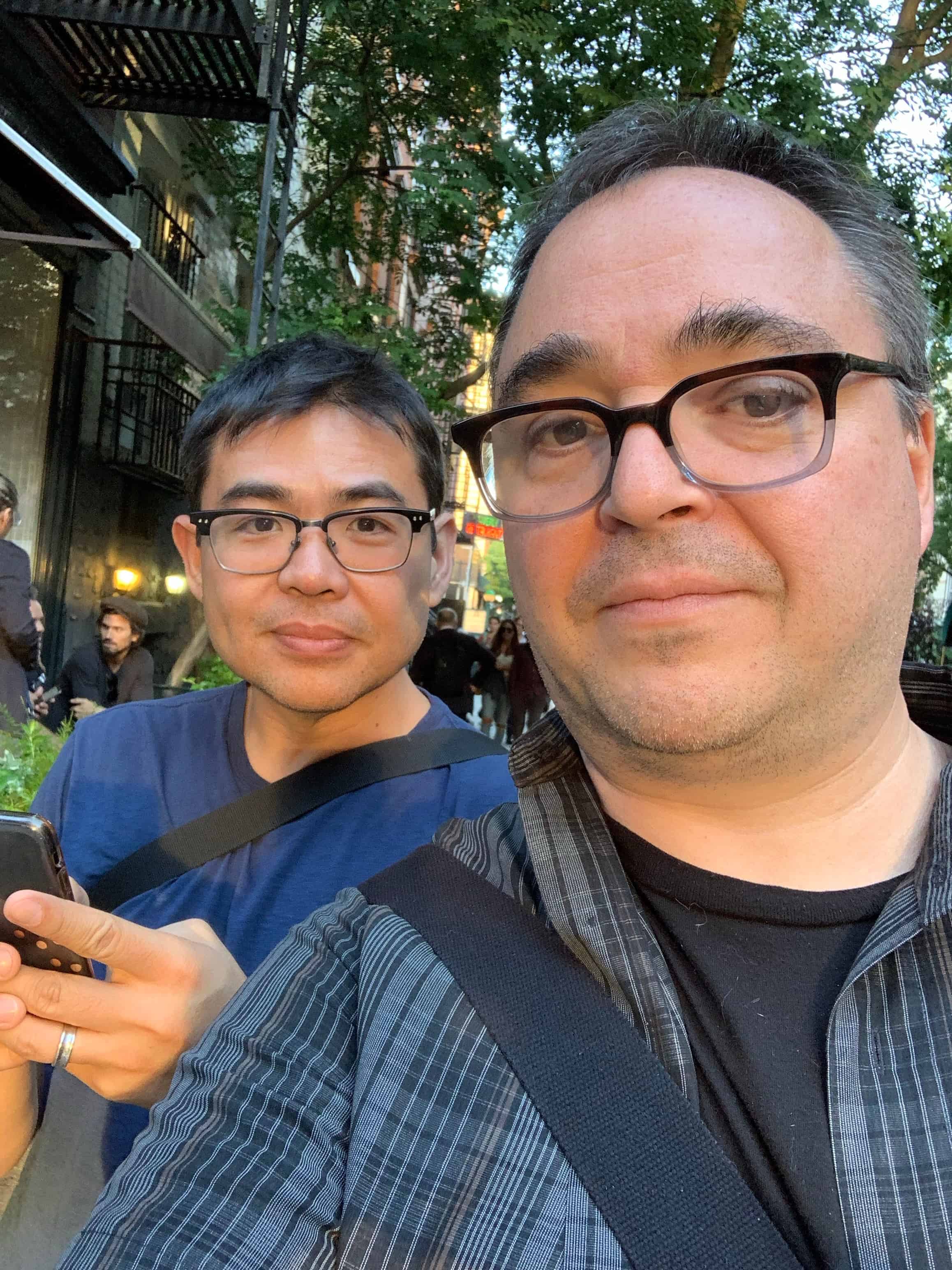 Michael J Flores and Brian David-Marshall are reunited and MichaelJ doesn’t feel so good. The classic line-up for Magic’s longest-running podcast is back together after a brief interruption. MichaelJ was away on vacation and after sleeping on a boat for close to two weeks he has been diagnosed with landsickness — which apparently is not what happens when you miss Lan D Ho but something much more serious.

The guys decided to celebrate by playing a little FNM. Mike played his MonoGreen Standard deck that BDM refers to as “last year’s model” while Brian opts for a little Core set draft. First couple of minutes are pretty noisy as “Table for 8” is a lot louder than one for two. After the noisy intro the guys take it to the streets after their rounds to recount the evening and then talk about the future of WPNQs, PTQs and all things related to the recent OP announcements.