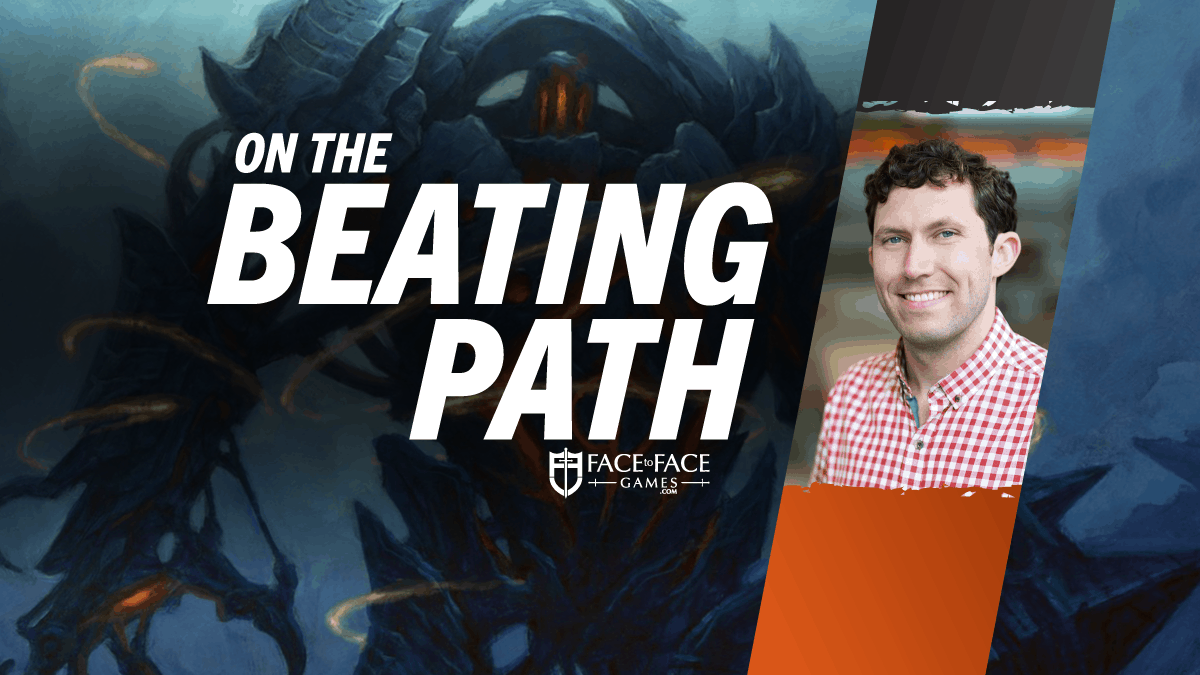 Have you ever wanted to do a throwback and build a deck based around an old legend, and it can open up some neat build-around effects. After searching through some shards I switched to guilds and found [Card]Vhati Il-Dal[/Card]. I searched on EDHREC and found that there is a very common theme — -1/-1 counters. Looking at Vhati, it’s clear why this is the dominant theme, it’s very strong. Big bad [Card]Blightsteel Colossus[/Card] staring you down? Just drop it to one toughness, then reduce its toughness by one. [Card]Night of Soul’s Betrayal[/Card] makes Vhati a  better [Card]Avatar of Woe[/Card]. If you want this deck to be stronger, feel free to add these effects. Instead let’s take Vhati off the beaten path, and see what he can do as a big stompy commander.

I want to go big, trample on in, and not be worried about wraths. Let’s get the biggest creatures we can, give them trample then use Vhati to drop the blockers to one toughness. To make it fun, we’ll play a good chunk of instants so we can react after dropping huge threats. There will also need to be sufficient ramp to get us up curve. Since we’re in Golgari colours we can leverage some of the [Card]Bonehoard[/Card] creatures to apply the pressure in the late game. We’ll run a few wraths to fill the yard with creatures and if we really need card advantage, we could sacrifice an eight plus power creature to [Card]Life’s Legacy[/Card]. Let’s see how much [Card]Timmy[/Card] we can squeeze into this deck.

Ideally we’ll want to get to a point where we have a really big creature, which will mean going late. To make that happen we can play low to the ground for the first few turns and focus on ramping. In the midgame we’ll want to apply some pressure with wraths, so strong card draw will be key. Once we make it to the late game, we can start bringing in some medium threats, bait out an opposing wrath, then come in for the kill. By this time we should be able to get a huge creature like [Card]Lord of Extinction[/Card] out, a trample combat trick in hand like [Card]Seedling Charm[/Card] or [Card]Berserk[/Card], and have [Card]Vhati Il-Dal[/Card] in play.

This list features a standard green ramp package with [Card]Goreclaw, Terror of Qal Sisma[/Card] and [Card]Ulvenwald Hydra[/Card] fitting in perfectly with the stompy theme. Most of the draw spells are higher CMC to net more cards, but some all stars that stand out are [Card]Return of the Wildspeaker[/Card], [Card]Rishkar’s Expertise[/Card] and often over-looked [Card]Benefactor’s Draught[/Card]. Benefactor’s Draught synergizes so well with our stompy theme putting our opponents in some tricky spots. To further this, there’s one hidden gem in [Card]Camouflage[/Card]. We flip all of our attacking creatures down, and rearrange them as we please, forcing our opponent to block blind, hopefully opening them up to more surprise trample damage. Since this deck aims to rumble in to win, all of the wincons relate to stapling trample onto a big creature, of which we have some juicy ones. [Card]Impervious Greatwurm[/Card] is big on paper, but a late game [Card]Nighthowler[/Card] or [Card]Lhurgoyf[/Card] can be downright terrifying. The only thing worse could be a [Card]Sutured Ghoul[/Card] with those monstrosities stitched together.

Most of the removal hits non-permanent targets and half of the wraths only hit creatures and come with upside ([Card]Decree of Pain[/Card] can let you draw a lot of cards). I can’t wait to sleeve this up and see how my opponents react to extra trample damage, hopefully leaning on the more fun instant approach. If not, classics like [Card]Pathbreaker Ibex[/Card] and budget friendly [Card]End-Raze Forerunners[/Card] can be tutored into play to force the issue. As a final back up, [Card]O-Naginata[/Card], [Card]Shadowspear[/Card] and [Card]Stonehoof Chieftain[/Card] get us there in an obvious way. The mana base should be consistent with 30 green sources and 27 black, making the greedy devotion of this deck less of a problem. Overall, the list is quite well-rounded, getting close to 15 targets for reliability (more on why I think that here).

There we have it, a stompy [Card]Vhati Il-Dal[/Card]. Of course you could modify this list quite easily by swapping in some of the more efficient removal options, but I’d urge you to try it without first. What did you think of this new take on an old legendary? Any interesting finds in this list that you’ve never seen before? Any picks you would’ve made differently? Let me know in the comments below.