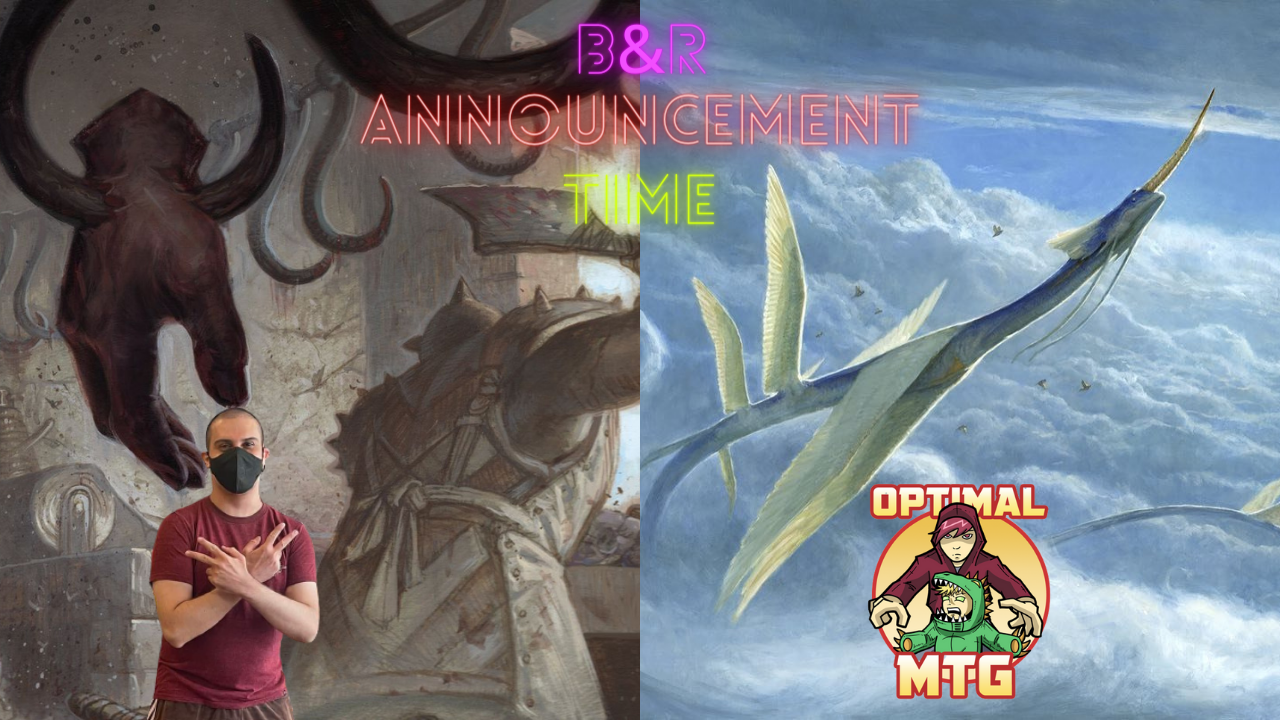 Hey Everyone and Happy Bans-Giving!

To sum up today’s B&R announcement:

The Meathook Massacre is banned.

As for my thoughts on the new bannings, I’ll split them into two categories.

The Meathook Massacre:
I haven’t played much Standard since Kamigawa: Neon Dynasty came out with Esper Midrange taking over, but due to Black being the main focal point and largely overplayed at the moment, banning it makes sense to me from a diversity standpoint and hopefully breathes some much-needed fresh air back into the format.

Yorion, Sky Nomad:
As for Modern, I stopped playing since July 2022 because of the increasing annoyance of Slow Play and 20+ Minute Time-Waiting between rounds.

Whenever I’ve been asked about my thoughts on Potential Modern Bannings, my 1st listed card was always Yorion due to Time Issues/Logistics and the average response I got was “Why that card? Why not Omnath or Wrenn & Six?”

I believe in the Yorion Ban for the following reasons:

I’m hoping there will be less desirable reasons to play 80 cards, forcing them to slim down to 60 cards, and make finding sideboard cards easier after Game 1

I understand that Wrenn & Six can lead to this issue due to recurring fetch-lands, triomes, and channel-lands, however, what if there were just fewer fetch-lands in the deck overall…say a drop from 14/15 to 10?

With a drop of 20 cards, it means 6-7 lands would have to go away, so probably around 4 Fetchlands. That’s less time on shuffling and more time making relevant game actions.

With all that in mind, I’m not going to ignore the problems that Wrenn & Six encourages, but I will be placing it on my Current Ban Watchlist as I wait for the dust to settle after this announcement.

I hope you enjoyed my take on this banning announcement and would be happy to hear your thoughts in the comment section below!