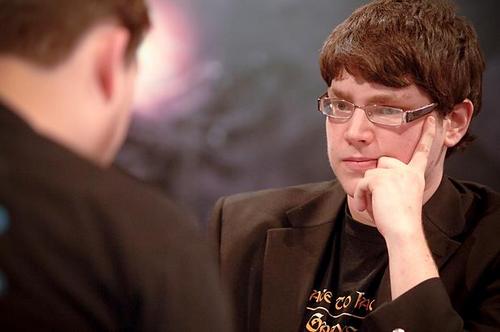 What is the most frustrating deck to lose to? Ask a thousand players, and the most common answer will likely be combo. People like to be able to play with their opponent, for their creatures and removal spells to matter, and not to experience the helplessness of just dying to someone slaughtering you out of nowhere. Sometimes you don’t even feel like they are playing the same game as you.

Of course, there are many answers to combo decks. Counterspells are generally effective, as are discard spells, but there has also been specific cards that prevent the widespread use of combo that have been printed. The first one that I can remember would have to be Cranial Extraction. This card was quite the hit. Not only could it single-handedly beat combo decks by getting rid of either their engine or their win condition, but it could also be used against control! Gifts decks would play one copy of this, along with [card]Hana Kami[/card], [card]Souless Revival[/card], and [card]Death Denied[/card], to create a loop to eventually grind out every one of your opponent’s ways to win before you slaughtered them. Many games in fact ended that way. The inherent flavour was that you were pulling thoughts out of your opponent’s mind so that they wouldn’t have them anymore.

This card became quite popular, and even reached the 20$ threshold for a good amount of time during its stay in standard, as a very important weapon against combo but also control. It became that the first card you would name in control mirrors was [card]Cranial Extraction[/card], to prevent them from slaughtering you with theirs. It created some interesting sub games.

Then, in Alara Reborn, Thought Hemorrhage was printed.

While not Arcane, this card was used for similar purposes, both against combo and control, though it was delegated to sideboard use. However, the damage it dealt was very relevant, and created a different sub game. If you could name the right card after applying enough pressure, you could in fact just outright slaughter the opponent with the damage you dealt from this card alone. Sometimes instead of naming the card you really wanted to get rid of, you just tried to do as much damage as possible. There was some interesting tension.

Scars of Mirrodin changed the cycle with Memoricide. Instead of having any interesting nuances, Memoricide just cut straight to the point: you wanted your opponent not to have that card anymore. People would play a Swamp in their Valakut deck’s sideboard and 4 of this card just to quickly nab [cardPrimeval Titan[/card]s in the mirror match, hoping for an easy victory. Other decks would try to play this card against the Mountain-heavy green deck, but often it would be too slow, and a titan would come down before this could even be cast. Other games, the Valakut player would have a grip full of Titans and get slaughtered. However, while all three of these cards were excellent against combo, they struggled against control, the other deck they were designed to prey on, for one main reason: they wouldn’t resolve. The control decks would simply counter them (sometimes even with [card]Flashfreeze[/card], the card they boarded in), successfully protecting their win conditions from extraction. But no longer: Now, the only option is to diversify your threats or you will be slaughtered. It is a whole new ballgame. While before, you would invest four mana at sorcery speed and be laughed at, now you KNOW that a certain card is going bye-bye. No more [card]Entreat the Angels[/card], thank you very much. No more [card]Rewind[/card]s, including that one you were saving to counter my spell this turn. No, thank you. I do not want to die to a Bonfire this game. Yes, this is going to be fun *cackles*.

Like its predecessors, Slaughter Games will mostly see sideboard play. But it will definitely see some play. While losing out on being arcane, or doing damage, or being splash able, Slaughter Games will always resolve. If you do not want your opponent to be doing something anymore, they will no longer be doing that thing. They just can’t say, “Nope, I rather like doing this. [card]Mana Leak[/card].” They don’t even get to make that choice.

While I doubt that this card will see main deck play due to it being generally too narrow, as it is poor vs some control decks, aggressive decks, and midrange strategies, against the right kind of deck that typically relies on a single specific card (or combination of cards) to win, this will be extremely high impact. Against ‘unfair’ decks, like Miracle decks or combo decks (should they arise), you are now the one that gets to dictate how the game goes, and now YOU get to do the slaughtering.

Altogether, I think this card is going be quite some fun to play with and around. “After all, you can’t spell Slaughter without Laughter! And it is a game!” -Rakdos(*not really)