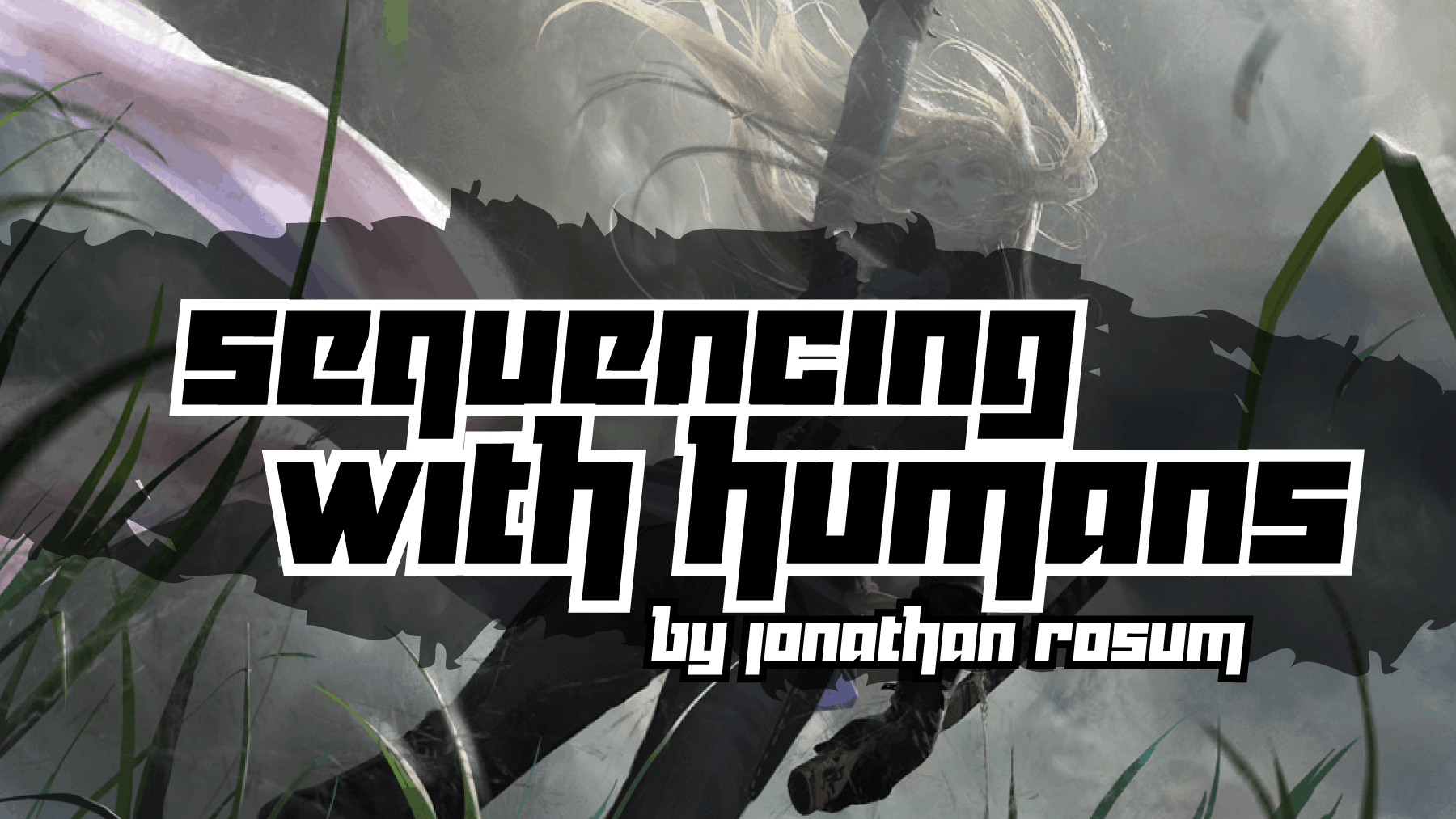 Hello everybody! I’m back again to talk about sequencing with Humans. I’m not sure if there will ever be a better time to write an article on this given that Steve Locke just won Grand Prix Phoenix with the deck! The decklist I’ll be using is the one that I used to 5-0 a league the other day on Magic Online:

We won’t be touching on the sideboard in this article, it’s just there for a reference to the entire list for those of you who would want the full list! I will be splitting this article into three sections, some turn-one scenarios, and the functionality of both your two and three-drops in Humans.

I had ended my previous article with two different turn-one scenarios, one relying heavily on Aether Vial while the other was a Champion of the Parish and Noble Hierarch hand. I do find that the decision of what to play can be quite tricky as they all are powerful first turn plays. These scenarios will hopefully be able to provide you with some context on how to sequence your turn ones!

Turn one to three are probably the most important turns for the Humans deck. When evaluating your opener, you need to look at your hand as a progression, if your hand doesn’t have multiple efficient plays that allow you to snowball the board, I would probably mulligan that hand. For the sake of being as viewer friendly as possible we will assume that I’m on the play unless stated otherwise.

This hand really showcases the power of Aether Vial in these decks. This goes from okay to very good solely because of Aether Vial. Even if you miss your land on turn two you still have the possibility of double-spelling on turn three. You could replace one of the two-drops with a second land and I would still end up leading on Aether Vial with this hand.

Now this is a Noble Hierarch hand. The difference between the first hand and this one is one less Noble Hierarch which makes the difference. With this hand we are looking to set up a powerful turn two of Champion of the Parish into Thalia, Guardian of Thraben.

These three scenarios all showcase the variety of tricky hands you can get with Humans and which one-drop I’d play. The hands are easily identifiable and I would say playing turn-one Champion of the Parish actually comes up the least. I really only cast turn one Champion if I have no other one-drop or my hand continues two other one-mana creatures. These little sequencing plays are what separate close games that you lose, from those that you win. It’s that extra little bit of damage or disruption that allows you to eek out games with Humans. Which is why it’s so important to make sure your sequencing is on point.

The Aether Vial and Noble Hierarch hands are the ones that come up the most and just by identifying the progression of your hand you should be able to figure out which one-drop to play!

Now that we got the ones out of the way let’s take a look at the bevy of two-drops that the Humans deck has access to and how you should go about sequencing them. Thalia’s Lieutenant and Phantasmal Image both an exception to the logic that they are all great by themselves. However, they are two of the more synergistic cards that allow you to put an unrelenting amount of pressure on your opponent. With these twos, you are always looking to put a lot of pressure on your opponent through disruption first, then damage. Your Meddling Mages, Thalias and Freebooters are what separate your deck from conventional aggro decks. So use your ones and threes to put on the pressure, and rely on your twos to slow them down.

Thalia, Guardian of Thraben is for sure the one that will end up coming down first most of the time. It will make your opponents plays the next several turns infinitely more clunky which will allow you to further advance your board without much disruption.

Meddling Mage serves a similar role to Freebooter while also having additional uses. Meddling Mage is very clearly a house against the combo decks of the format and naming things like Krark-Clan Ironworks and Grapeshot can be lights out all on its own. The thing about Meddling Mage that I find trips the most people up is “what do I name in the dark?”

This is another deep topic as Meddling Mage has so many names in a majority of the match-ups in Modern and having an extensive amount of format knowledge is critical in ensuring you have an impactful Meddling Mage. I’ve made a list of some of the more important names in critical match-ups for you here:

The End of the Curve

Reflector Mage, Mirran Crusader and Pia and Kiran Nalaar are all very good in the midrange match-ups while also are awkward to deal with threats overall. I would consider Mantis Rider separately because regardless of match-up, it’s just evasive and hits hard when paired with a Noble Hierarch or Thalia’s Lieutenant.

In the heavy removal matchups, I often try to sequence Mantis Riders on turns where I’m guaranteed to get at least one hit in. This requires the opponent to find an answer for it immediately or face another hit/ possibility of Phantasmal Image. The curve toppers are very powerful in the Humans deck and are what gives the deck the tools to end the game quickly and present awkward to deal with threats.

I have greatly enjoyed playing Humans in Modern because I truly feel that you have the perfect amount of pressure and disruption to be well-positioned against a majority of the Modern metagame. I would recommend trying Humans out if you are the type of individual who enjoys turning creatures sideways while also interacting with your opponent. I will be at StarCityGames Cincinnati this week for the Team Open and I’m very excited to be able to play some more Modern. I hope this article was able to help you in some way and let me know in the comments what you want to see from me next! Until next time!