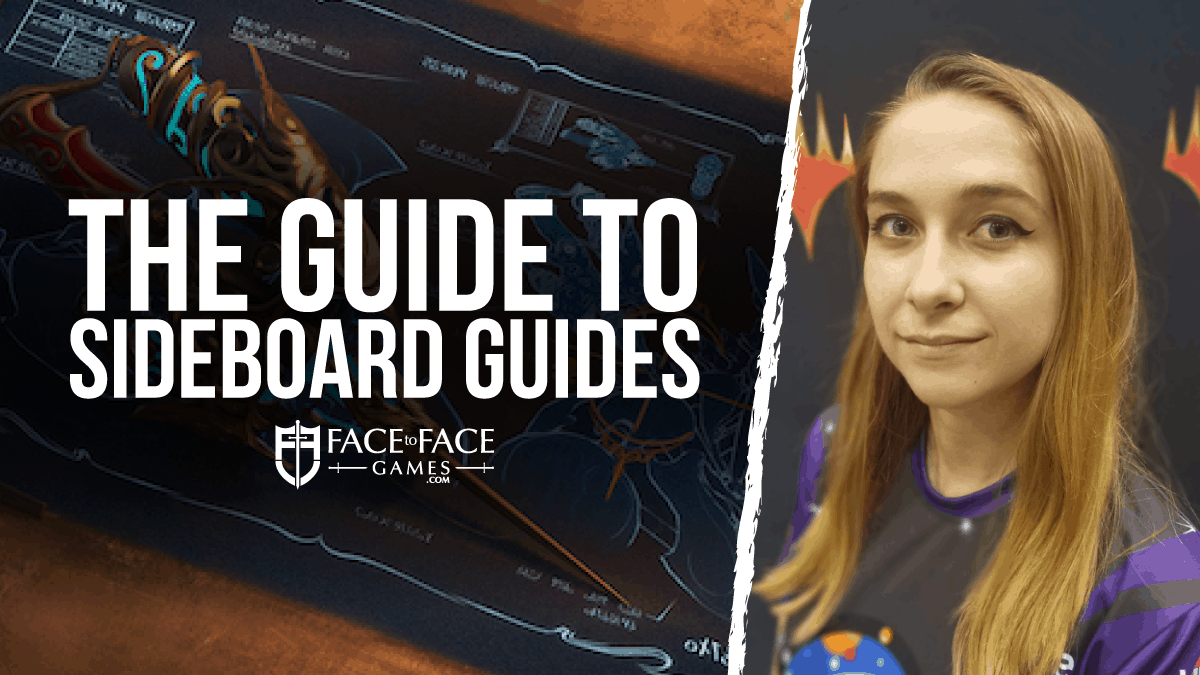 It’s easy to undersell how important the process of building your sideboard is. In this article, I’m going to walk you through a few different ways you can build an effective board. To facilitate my examples, I’ll be structuring my suggestions around the framework of my favourite deck — Modern Jund.

The first way you can approach sideboarding is by analyzing the expected metagame of a given format and adapting. You can look at past tournament results to identify which decks have been performing the best and then make decisions about what the most popular decks and cards will be at your upcoming event. For example, Jund, Burn, Whirza and Tron are some of the most popular decks in Modern right now. Through this first approach, you would want to dedicate all of your sideboard slots for the most popular/best decks. For my theoretical Jund deck I’d want my sideboard to have a handful of [Card]Collector Ouphe[/Card]s for Whirza, [Card]Fulminator Mage[/Card]s for Tron, [Card]Collective Brutality[/Card]s for Burn and some haymaker cards like [Card]Chandra, Torch of Defiance[/Card] or [Card]Vraska, Golgari Queen[/Card] for the mirror.

This method is especially advantageous in formats with a small number of decks or when the format narrows. Take the recent Modern Hogaak meta for example. During that short era, the two decks you needed to be prepared for were Hogaak and Mono-Red Phoenix. You could expect Humans, Jund and Whirza to a lesser extent. But, being able to focus on two decks that occupy a huge percentage of the metagame really offers this method of sideboarding a lot of value.

When you know what to expect and can prepare for it, you can chalk your sideboard with the [Card]Leyline of the Void[/Card]s you need to beat a deck like Gaak. Whereas in a more wide open format you wouldn’t have enough slots to dedicate to a full four copies of Leyline.

A huge part of mastering this process is finding overlap. You’ve got to go over your sideboard options and see what cards you can play that overlap in different matchups. This is particularly important for interactive decks and in diverse formats. Sometimes 15 slots isn’t enough to dedicate hate cards to every matchup. A good example of this is [Card]Ashiok, Dream Render[/Card]. This card has utility against both Valakut and Tron’s tutor effects, but it also pulls double duty against decks that abuse graveyard synergies like Whirza and Dredge.

This principle is important because instead of having one card for Valakut, one card for Whirza, and one card for Dredge, you now have one card for all three of those decks — freeing up slots and helping your ratios across your entire sideboard.

This last point about ratios is imperative. We’ve all seen jokes about sideboard guides on Twitter, and underneath the memes there’s a lot of truth. The fact is, guides are only a tool to help you, but they are not the complete story. With that said, the fact that players hunger for them teaches us a lesson about sideboarding:

If your ratios are off, you’re wasting sideboard slots.

Even if you have 15 cards that you can board in against Urza as Jund, and they have useful overlaps, no deck has 15 bad cards to board out in a given matchup — that would make it  quite a bad deck.

So while overloading on sideboard options seems nice in theory, the more you’re sideboarding OUT reasonable cards for slight upgrades, the more you’re diluting the quality of your sideboard. You want HAMMERS in your board, huge upgrades to your maindeck. And the way to find out how many you can afford is to build out plans for every matchup the way a sideboard guide allows you.

And that’s the true value of the forbidden fruit that is sideboard guides.

Another way I like to approach creating a sideboard is to identify poor matchups and dedicate ample sideboard slots accordingly. This is something you often do with the “best decks.” They obviously have a lot of positive matchups, so you seek out the really bad ones and try to rectify them with the sideboard.

We can break this method down into a few options. First, we need to identify bad and close matchups for our decks. In the case of Modern Jund, Tron and Valakut are typically poor matchups while Burn and Whirza are close matchups. After analyzing your matchups, there are a couple ways you can decide how to dedicate each of your sideboard slots.

One way is to dedicate a majority of sideboard slots to your worst matchups to help close the gap. In Jund, this could look like: including four [Card]Fulminator Mage[/Card] in your sideboard for Tron. Or something wild like contorting your deck to cast [Card]Blood Moon[/Card] effectively against Valakut. This option feels enticing for a lot of players because it obviously feels miserable to keel over in a tournament to your bad matchups. If you’re like me, you want your matches to feel meaningful and like you had a chance to win. This is a good option when one of your worst matchups is at the top of the meta. I can’t imagine bringing Jund to an event without [Card]Fulminator Mage[/Card]s when Tron is a popular choice.

That said, it’s also sometimes reasonable to leave those targeted cards for your worst matchups at home and focus on your close matchups. The theory behind this is that if you’re likely to lose your bad matchups anyway, you should dedicate your valuable sideboard slots to overpower and beat your close matchups. Why make Tron go from a 35 per cent matchup to a 45 percent matchup if you can pull your Whirza matchup from unfavoured to favourable? A lot of the time this is actually going to yield better results — even if it feels bad to get Karn’d on turn three.

For Jund, this could mean dedicating most of your sideboard to Whirza, Burn, the mirror and [Card]Death’s Shadow[/Card] decks, traditionally popular close matchups. Fighting against bad matchups often feels hopeless, even with effective sideboard cards. Streamlining your sideboard to your close matchups gives you percentage points in these matches. Instead of beating Burn 50 per cent of the time, you could play four [Card]Collective Brutality[/Card]s in your sideboard and beat Burn 65 per cent of the time. Similarly, you could play extra [Card]Collector Ouphe[/Card]s or even [Card]Ashiok, Dream Render[/Card] in the sideboard for Whirza. This strategy is particularly effective if you’re playing a deck with one or two hopeless matchups. It’s also a good option if your bad matchups aren’t popular/strong choices for a given weekend. For example, if Valakut and Tron weren’t Tier 1, I would be more inclined to leave my [Card]Fulminator Mage[/Card]s at home and tailor my sideboard towards beating my even matchups.

I focused on Modern sideboarding in this article for the purpose of clarity, but these principles can be applied to all of your sideboarding. No matter the format, it is important to figure out what the meta looks like, and how your deck stacks up in order to best prepare your sideboard.

It sounds so simple. But spending that half hour before an event preparing your plans for each matchup on Magic Online or with a friend can mean the difference between a good and bad sideboard. Maybe you free up a slot and that pays off during the event? Those margins win matches.

In a game as difficult as Magic, one win can mean the difference between Top 8 and a close miss, or Day 2 versus playing the Standard Classic. And the same is true about sideboarding. Misusing that one slot can cost you. So keep put in the work to get that extra edge where you need it most!

I’ll be battling at SCG Philly in the Modern seat this coming weekend. Follow me on Twitter to keep up with my tournament!