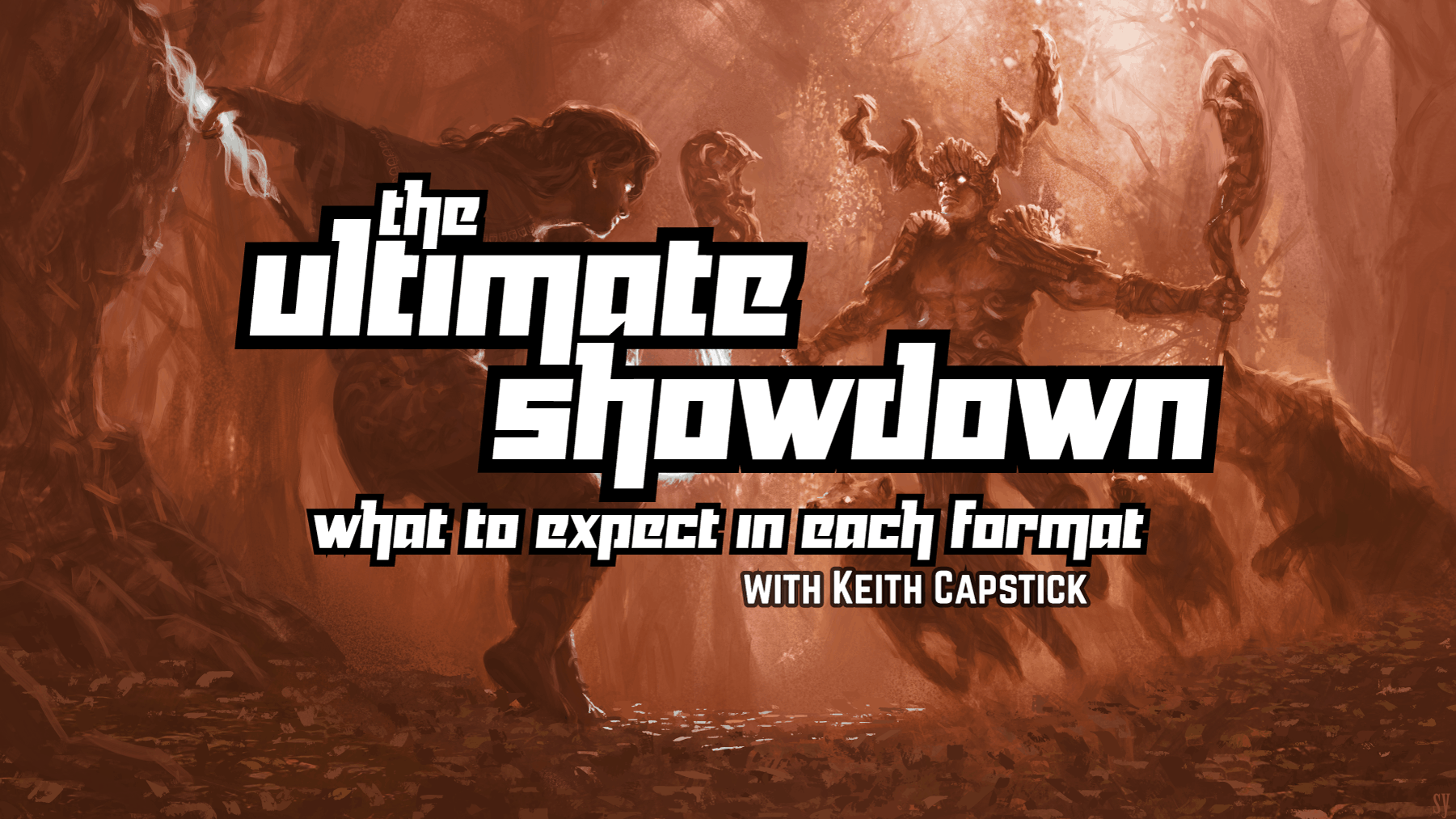 It’s been a while since we last spoke. Grand Prix Toronto has come and gone, Dominaria  has made its mark on Standard and the Pro Tour is just hours away.

Magic in the Greater Toronto area is in a little bit of a lull, but my favourite local tournament of the year is coming up on June 10 — the Face to Face Games Toronto Ultimate Showdown.

In a lot of ways, this tournament will nicely cap off the last few months of testing for me. Team tournaments have really put pressure on competitive players to be able to be able to play each format at the highest level which is actually a departure from the norm for competitive seasons. In the past we’ve been forced to play Standard, Draft or Modern for months until we become masters, or the metagame shifts so many times our heads start to spin.

With these recent changes to the speed at which we have to learn formats, I’ve learned a couple things. First, to play at the highest level when the format is a revolving door you need to identify play patterns and not specific card interactions. You need to recognize that casting your draw-spell in your opponents upkeep in Legacy to play around a top-decked Pyroblast is the exact same as playing around a top-deck Logic Knot in Modern. Once you can instantly identify familiar play patterns and adapt to them, the format you’re playing doesn’t really matter.

Second, is the hardest of the two lessons, testing an entire format at one time takes discipline. If you’re thrown into Modern after testing Legacy for entire month you need to be able to sift through the entirety of the format and narrow it down to one deck at light speed. Magic players are obsessive, they are irrational and they will do every thing they can to play their favourite cards. What I’m telling you, is if that’s how you’re preparing for your Modern tournament on three days of testing you will fail.

Let’s take Modern right now as an example. Pick Jeskai or Humans or find something that beats it — and fast. This is the life we’ve been living while we grind, and that’s the reality of it.

So, with this all in mind, and with the Ultimate Showdown on the horizon. I’m going to take you on a brief journey through each of the major formats. Discuss what’s good, what’s bad and what’s changing. Because I know you want to take down this even just as bad as I do.

To start — this format is so much damn fun.

Standard is about push and pull. There are a seemingly limitless number of powerful proactive cards in this format that are generally pretty tough to answer. Each week’s best deck is the one that has the right answers for this weeks threats.

If everyone is playing Glorybringers, than you probably want some Cut Downs in your deck. But if there’s a bunch of Scarab Gods running around, it’s time for some Vraska’s Contempts.

Level one is B/R Aggro a deck popularized by Magic Online streamer Matthew Foulkes and then perfected by Martin Juza and Simon Nielsen at Grand Prix Birmingham. This deck combines powerful proactive cards like Goblin Chainwhirler with midrange cards that can bride you into the late game like Chandra, Torch of Defiance.

At Grand Prix Toronto, Brad Nelson brought U/W Control and flipped the format on its head. He found a deck that was both good against B/R and that was able to fight the format’s green decks. Brad and Oliver Tiu both finished in the Top 4 of Toronto with U/W, and since then the Magic Online Standard queues have been all over the place.

U/W has the tools to beat everything, but it suffers from many of the same problems as the majority of Standard’s control decks from years past — it needs its answers to lineup perfectly.

Since GP Toronto Magic Online has been a crap shoot of match-ups and midrange threats running into each other. Cards like The Eldest Reborn are seeing play, Mono-Red has returned to combat that trend and even The Scarab God is back running rampant.

If you’re playing Standard at the Ultimate Showdown. You’re going to have to play U/W, B/R or have game against both halves of the metagame.

Now, the swiss rounds of the Pro Tour are over, and once again Goblin Chainwhirler is wearing Standard’s crown. Red decks made up a huge percentage of the winning metagame. B/R beat down is the best deck — at the Showdown you’ve got to be able to beat it.

Right now in Modern, everything revolves around Humans.

This might seem strange in a format that has roughly 50 playable decks. But, the proactive disruption of this beatdown deck has really done a lot to stabilize the often frustratingly diverse metagame.

For the first time in a while you need to arrive at a Modern event with an answer for the top dog, and that’s Humans. As of late the way players have been having success doing that is with Jeskai Control. Jonathan Rosum, an SCG Tour grinder and contributor with ManaDeprived, along with Pro Tour Champion Seth Manfield, have been piloting the powerful Cryptic Command deck to a lot of success recently.

To me these are the two strategies you’ll need to be prepared for at the Ultimate Showdown. After Jeskai and Humans I’d be concerned with B/R Hollow One, various Tarmogoyf midrange decks, Affinity and Mardu Pyromancer.

Given that Modern will make up the majority of the rounds at the event, this is the format that everyone will need to be prepared for. It’s certainly a strange task to have to be able to beat both Humans and Jeskai. You have to have enough spot removal to react to a beatdown deck while also making sure that same removal isn’t dead against Jeskai.

The answer is probably to just play one of those decks, but you better believe I’ll be trying to beat them both with Thoughtseize in my deck some how.

It’s hard to start a conversation about Legacy in Toronto without first discussing Matthew Dilks. Dilks has been crushing Legacy events with Dark Depths strategies for what feels like an eternity. For that reason, I believe those decks should be at the front of your mind when preparing for the format.

These archetypes tend to prey on fair strategies like Delver and other Deathrite decks but are soft to linear combo decks. In the world of Legacy Delver is king right now, but when that world narrows down to Toronto, that’s just not the truth. Our community is very hostile toward the format’s best deck. If I were preparing for the Legacy portion of this event, I’d be looking to invalidate Dark Depths decks and the bigger and more controlling Deathrite Decks like Czech Pile.

I cannot wait for the Ultimate Showdown. This event is set to be so much fun.

In all of the time I’ve been playing Magic I honestly can’t say I’ve ever seen all three major constructed formats in such a healthy place. I hope that this little trip through each of them will help your prepare for the event — but also I hope that you do not beat me.

If you’re qualified make sure to choose your format of choice here.