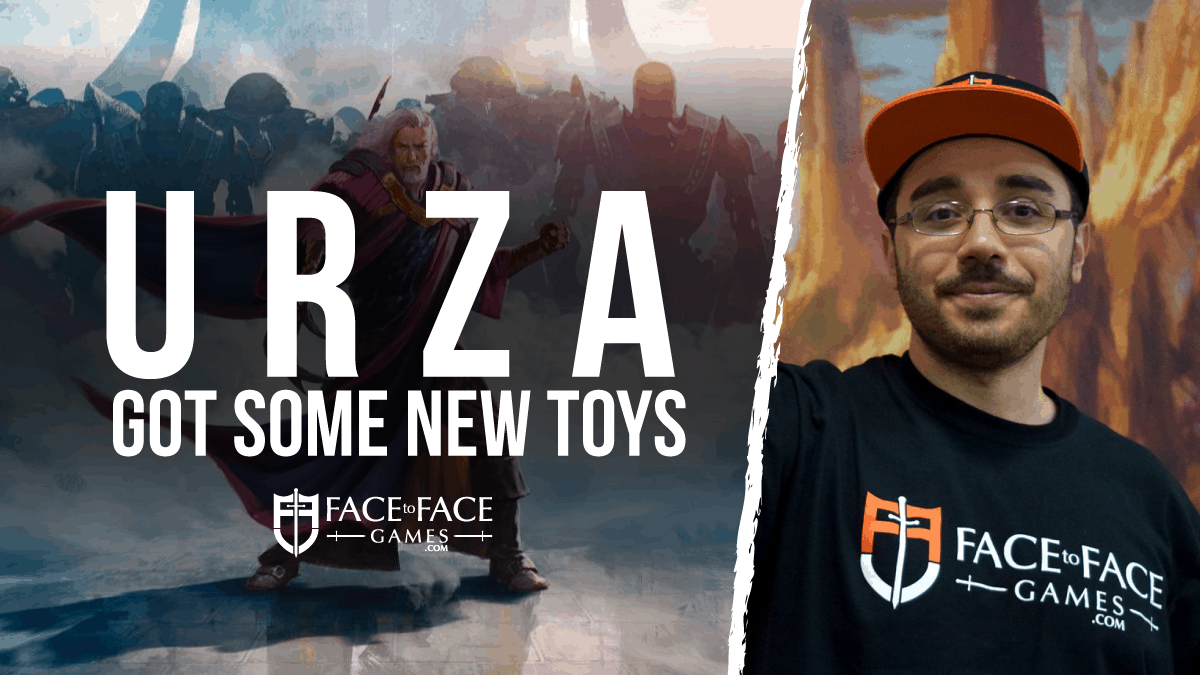 Another new set is upon us in the form of the fairy tale that is Throne of Eldraine, and that means one thing — it’s time for people to go crazy trying to jam all of these new cards into Modern. As your resident [Card]Urza, High Lord Artifcer[/Card] expert, I’m here today to follow suite and show you all the cool toys one of Modern’s best decks got in the new set.

I hear my name right next to Kanister’s in conversations about the deck and I find that very flattering because that guy is extremely talented. I’m of course bringing his name up because I want to talk about his brand new [Card]Paradoxical Outcome[/Card] Urza deck which will join my stock [Card]Thopter Foundry[/Card] deck as the subject of this article. We’ll be taking a look at all the new cards that could possible fit into Urza, and then porting them into these two versions. Let’s dive into the options:

Next to each new card is a number that rates the new card on a scale from one to five. One meaning that card is not likely to be very good at all and five being most likely to be played.

[Card]Glass Casket[/Card] seems like an almost automatic include if you’re playing a version with white mana. The advantage of having a Whir bullet that can take out a [Card]Collector Ouphe[/Card] or a [Card]Spell Queller[/Card] is an effect this deck has been looking for ever since it broke out post Modern Horizons. In addition to fulfilling the removal spell requirement and having the redundancy of being able to search for it, it is also an artifact to help fuel the rest of our combos. Previous versions of the deck played maindeck copies of [Card]Galvanic Blast[/Card] in order to interact, and those days are over.

[Card]Emry, Lurker of the Loch[/Card] definitely reads like a powerful spell. But, here’s the only drawback: it turns on our opponents removal spells and [Card]Surgical Extraction[/Card]s. I still have Emry as a four on my list because this card is a threat that must be answered, which is obviously great addition to what was already one of the best decks in the format. Where this new cheap threat will likely find a home is in conjunction with [Card]Goblin Engineer[/Card] to provide too many sweet targets for removal spells and overwhelm the opponent’s answers. I could also see Emry in a combo shell that utilizes cards like Kethis to fuel the chain and keep going stronger. I’ve also heard some talk of combining Emry with [Card]Jeskai Ascendency[/Card] and him fueling some bonkers combo turns.

[Card]Mystic Sanctuary[/Card] also got a four from me. I think some people will be surprised by this. Here’s why: the effect itself is not all that powerful. However, the fact that this card is an Island means we can fetch it out of our deck. Meaning in a list like Kanister’s his fetches have the option of re-buying a [Card]Paradoxical Outcome[/Card] later in the game. In my own list we can also re-buy a [Card]Whir of Invention[/Card] to create massive redundancy in our combo. The best part is it fits seamlessly into all the existing versions of the deck since we’re already to looking to play so many Islands as is.

[Card]Vantress Gargoyle[/Card] only got a two. Shocking I know, because the stats are outrageous. Here’s the thing though, we are a combo deck. Trying to switch directions into an aggressive strategy won’t work out so well. In addition, people are already bringing in ways to destroy artifacts and [Card]Vantress Gargoyle[/Card] walks right into that.

[Card]Oko, Thief of Crowns[/Card] is also a two. He has a semi-Tezzeret way of turning our dead artifacts into warm bodies, but just doesn’t measure up to his larger counterpart. The downsides are just too severe. That said, it’s certainly able to do a serviceable job of handling problem permanents and a lot of other players are high on this card. That said, I’m not convinced yet.

[Card]Castle Vantress[/Card] fits in the two column for other reasons. On the plus side it’s drawback will rarely come up. The ability is pretty sweet and it taps for the right color. However five mana producers to produce an effect like Scry 2 isn’t powerful enough for Modern. Would there be occasions where we would want to use it? Of course, but statistically significant scenario’s that would justify using it over the cost or drawback of having it? I think not.

[Card]Wishclaw Talisman[/Card] got a one. I think people will be sad to see me rate this card here, but there’s a lot of good reasons. For one this card pushes you into needing to play black and at present white is preferred. It’s a three-mana tutor with a a massive drawback. Yes you can grab Teferi and bounce it back to your hand, but then what? You’ve spent six mana tutoring up a neutered planeswalker and drawing a card. Still not broken enough for Modern. You could activate it and sac it to a [Card]Thopter Foundry[/Card] with the ability on the stack, but again you have a three-mana tutor that required a combo piece to enable.

Utilizing these new ideas let’s create two decks for the gauntlet. Deck Idea #1 will see about utilizing Emry in a traditional Thopter shell. Deck #2 will try and utilize [Card]Paradoxical Outcome[/Card] strategies to further benefit from the new set.

This is what I would envision a good starting point for weaving in the powerful new spells would look like. The addition of red to the deck provides powerful tools to both the maindeck and the sideboard at a pretty minimal cost. I think Astrolabe is just such a powerful mana fixer that it’s usually correct to try to splash a colour here and there in these decks in exchange for added power level.

In the above list you can see that in action, as Emry and Engineer really feel like they’ll play together seamlessly.

Next, let’s port some of these ideas into the Outcome shell:

I’m not an expert with these Paradoxical lists quite yet, although I do plan to spend a good deal of the next two weeks testing it out to feel out the difference. I can imagine that I am not too far off from a solid build here though and I would recommend any aspiring Urza players come to their own conclusions on which one is better or even which one is suited to their style.

Thank you for reading and don’t forget to tune into my twitch channel at twitch.tv/EliKassis on Tuesday, Thursday, and Sunday evenings EST ~ 8:30pm to see me regularly live testing these and other builds. You can also go there anytime to view past video’s and learn a great deal about the archetype.