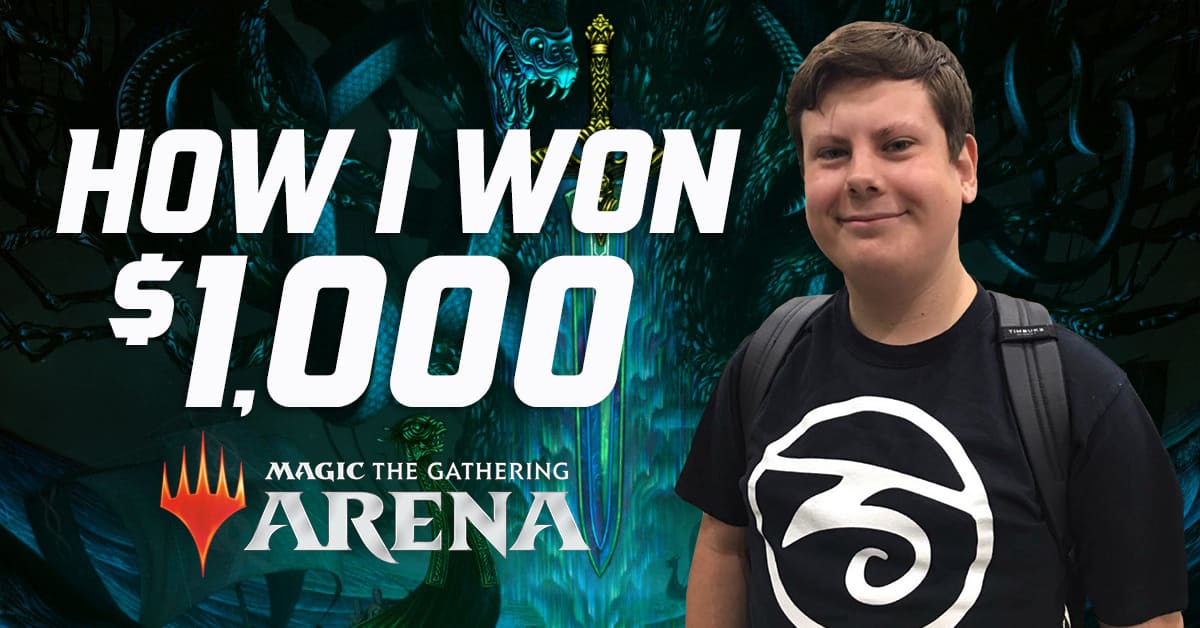 Last Friday I was ecstatic to have gone 4-2 in a SCG qualifier, giving me a shot at an invite to the Kaldheim Championship. After my last article on Sultai Yorion (which you can find here) I was determined to hone the deck and battle in the Sunday 5K. I ended up on this list:

While I did end up getting the 4-2 to qualify, unfortunately another Magic tournament garnered my attention that weekend: the Arena Open. I was torn on which event to put my focus into. If I day 2’d the Arena Open I had a pretty good shot at $2,000 – not a shabby prize. The SCG tournament had lower EV, but a potential hard to nab Pro Tour invite.

On Saturday morning I called up an old friend of mine, Matt London, to go over our Sealed pools. Matt had been my teammate in the legendary New York City Team Draft League back many moons ago when I was still a budding freshman at NYU. We both ended up on some strong pools, and this is what I settled on:

While I was worried about falling behind to aggro decks in the best of one queue, I was by no means unhappy with my pool. Double Spirit of Aldergard, eight snow lands, and Tergrid’s Lantern plus a wrath? Count me in. Day 1 ended up being somewhat of a breeze, with some intense matches. From testing sealed and watching experienced streamers (most notably, DarkestMage), I learned that in sealed the best performing deck was Green-based snow. It’s also a bit hard to talk about the ins and outs of my sealed pool because in all honesty, I just played the best cards that were given to me. I had great fixing, inherent two for ones, and a wrath and other various removal and card draw. It was about all I could’ve asked for. That being the case, I did aim to maximize the power of my pool. The worst card in my deck that underperformed was probably Sarulf, and I should’ve cut it because most of the time it was a 3 mana 3/3 that I had to have Black mana to even cast. Gnotvold Recluse would have been a better 3-drop.

My games came down to sequencing correctly and my card quality beating my opponent’s. I ended up 7-1 at the end of the day, with my loss being to GW aggro. Matt also made it to day 2 at 7-2 with Gruul.

Day 2 gave me a much more interesting, less powerful, but easier to build sealed deck:

I luckily opened four on color rares, with Old Growth Troll being semi-uncastable. RR and GGG without fixing was hard to cast, and Troll ended up not making the cut. The deck on its surface looked a bit underwhelming. I almost wished I had had this pool on day 1 and had my 4c Green deck on day 2. While my deck had potential to run over the 4 and 5 color Green decks, it still could easily lose to any deck with wraths or decks with multiple removal spells. It would be hard for my deck to maintain pace with a variety of bomb rares and mythics.

Day 2 proved to be much more difficult. The issue I ran into in my matches was exactly what I described above. My deck was a smattering of common and uncommons creatures that couldn’t possibly keep up with a 4c snow deck full of rares and wraths. Most of my game wins came down to some lucky or funny circumstances. In one match, my opponent had cast Bound in Gold on a Cinderheart Giant. They had a grindry deck and for multiple turns they were at 7 life and were able to build up a board while I kept topdecking lands. However, in the final turn of the game they made a risky non-lethal attack, swinging with all of their creatures. A topdecked Broken Wings sealed their fate.

In another match the combination of Calamity Bearer equipped with a Raven’s Wings also sealed the deal with a topdeck Provoke the Trolls. I had joked to Matt while building my pool that I would at least win one game that way.

At 5-1 I was paired against Pro Tour Top 8 competitor and Grand Prix Champion Michael Bonde. Game one I was obliterated by his combo of Tergrid’s Lantern and Blood on the Snow (which need I remind you was in my pool on day 1!). Michael luckily mulliganed to 5 in game two, and in game three I was able to push enough creatures in play while dodging any significant removal or his Blood on the Snow, and I clinched the victory.

At 6-1, with an invite to the Strixhaven Qualifier Weekend and $1,000 under my belt, I was paired against an almost 40-card mirror. My brain was fried after playing high-stakes Magic seven matches in a row, and it was almost a relief in a way that I lost the roll and had some mana issues. I got what I came for and that mattered more than the potential to win an extra 1k (although, it would’ve been nice). Overall, I have some thoughts about Kaldheim Limited that I’ve learned from the open and hitting Diamond this month after discovering a new love for drafting after that weekend. I’m no Limited expert by any means whatsoever, but here are some things I’ve picked up along the way.

With the Strixhaven Qualifier Weekend coming up in two weeks, I’m moving my attention from Constructed to Limited. While I have never been a fan of the random elements of Limited, I do believe the format, especially Kaldheim, is very skill-testing. In some cases you’ll open a bonkers sealed deck like the one I got on day 1. In other cases, your pool might be a little more constrained, like my day 2 pool, which I had to maximize the synergies between all of my cards to clinch very close victories against decks with much higher card quality.

I hope you enjoyed this pivot into Limited content. I’m hoping in two weeks I’ll be able to write a report where I’m able to clinch the additional win.