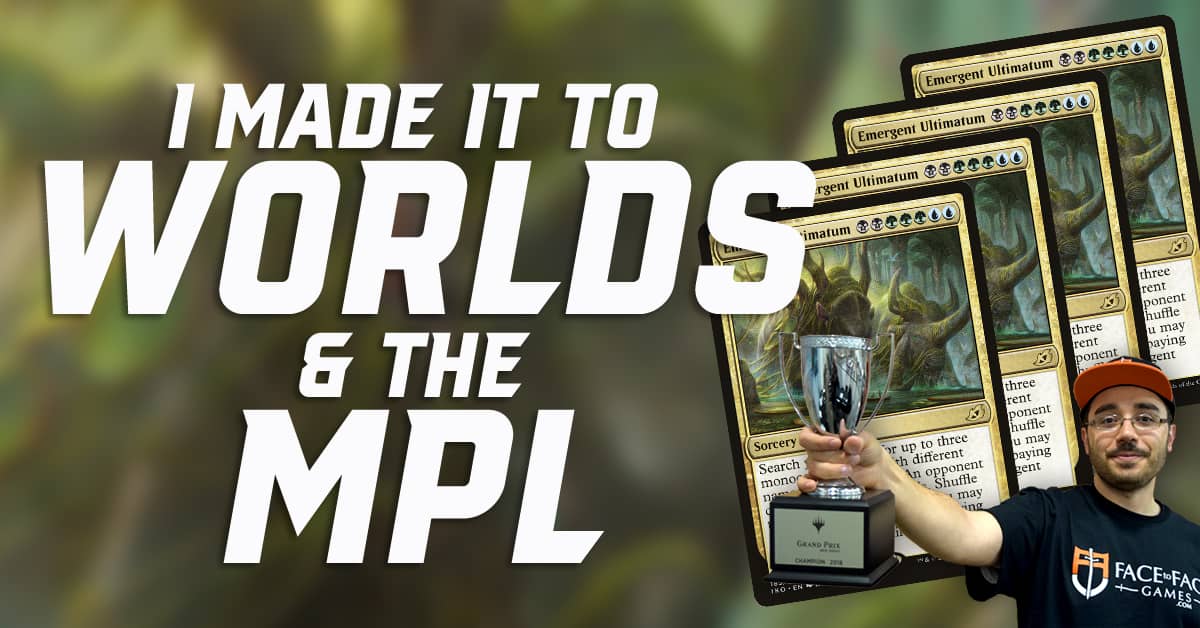 I played magic for 29 years, the end. Just kidding of course.

In all seriousness though, if you want to reach the top echelons of magic. I believe you need to take a good look inside. There will always be your magic geniuses like Shahar Shenhar who dominate very early in their career and at such a young age. I don’t personally consider myself on that level and I would lump 99%+ into that category as well.

My philosophy was I could either be great at one game, or decent at a few. When you become decent at a game that has worldwide reach, you are lumped in with thousands if not millions in similar categories of strength and the likelihood of reaching the top becomes quite difficult.

Yes, this means I forsook all the other sweet games that have been developed over the years. Your Hearthstones, Among Us, Playstation’s, X-Box’s. All of it I did not touch. If I found free time, I hopped online and used Arena (before that, Magic Online). This I think is typically harder for people as burnout is a very real factor. Game hopping allows for social diversity and refreshes the mind. Refreshing the mind can sometimes distract from going really deep on one thing though.

After developing steely resolve for just Magic and going hard at traveling and playing, I still was hitting a speed bump at the top of the curve. Teams were utilizing many minds to develop powerful strategies that were difficult to combat. There have been the few notable examples of a sicko winning a Pro Tour doing the solo strategy. However literally every other time, it was a team doing the team thing. Your Pantheons and coalitions have been dominating professional Magic for quite some time. Those who were doing their own thing have even assimilated into squads.

I find that teams are often formed around people of like minded or similar skill levels as well. This is an unfortunate part of the game because it can be exclusionary to some. I have been a part of several teams that had mixed levels of seriousness and it caused a great deal of friction and division in testing. I am not sure what the fix is, would be great if everyone could just be super mature. We are playing a game originally developed for kids 13 and up.

I recommend that if you are looking to be ambitious. Start networking now and find a team that openly accepts you. Learn what you can while you’re there and keep climbing the ladder. As your career develops more opportunities open up down the road. Sometimes in the form of sponsorships or even just great friendships that you’ll treasure always. I know my FaceToFaceGames and BCW teammates will always have a special place in my mind. After all, it’s about creating fond memories.

Of course it’s important to not get derailed if you’re setting your mind towards something, but also being open-minded towards information. What I mean is you certainly want to acknowledge your mistakes and learn from others. Worst thing you can do for your game is get a big head and think you know it all. I learned that one the hard way. On the other hand, many of your peers will become disillusioned along the way and depression can be contagious. Certainly, do not abandon your fellows, but remain focused on your goals for yourself so long as it’s not at the expense of your health.

I know many of these things may feel difficult to accomplish. Don’t let me mislead you, they are not easy. I wasn’t joking about playing this great game for 29 years. I did make the Pro Tour after the first three years and that was my goal at the time. The cool thing about reaching your goals is they keep evolving and you’re left to make new goals when you get there. You may even decide in the pursuit of your goals that other more appealing goals come into the picture. I recommend staying open about the path you are on with yourself. I often tell my clients in session that staying true to themselves is the most surefire way to ensure their own happiness. I am a Mental Health Therapist in case anyone reading didn’t know.

When dealing with setbacks, I recommend trying to focus on a motivating overarching premise. That for every two steps forward, you take one step back. Many will view a step back as THE END. People that can look past their immediate disappointment will be able to see that it is part of the process, that they are still further along then when they started. The best things in life often come at the end of a long, hard journey. If it were easy, we probably wouldn’t want it the same way and definitely wouldn’t enjoy it nearly as much.

Also, just in case anyone missed my last article, here’s the decklists I rode to victory.

For the Standard portion of League Weekend, I went really deep. I tried everything I could think of to shake up the stale format. I did not succeed and registered Rogues. Here’s how I drew it up though;

Instead of doing a second write up, go read my last article on the breakdowns and what to do or not to do. As for what I would do differently? Not a damn thing, I only lost two matches out of twelve. They were both to Sperling playing my exact 75 card lists. The decks were perfectly suited for what we came to expect and I was quite pleased with how it shook out. Another special thanks to Brent Vos, the man is a genius at deck developing and I imagine we will be seeing a lot more of him on the professional circuit.

Thanks for reading as always. See you around the bend from the MPL!