It’s funny how the more things change in Magic the more they tend to stay the same.

One week we’ve got this massive banned and restricted announcement that is supposed to change the Modern format, and the next we’ve got Death’s Shadow sitting atop of an Open Series event like it’s 2017.

This past weekend Grixis Death’s Shadow took down our Victoria, B.C. Modern Open in the hands of Patrick Berdusco.

Shadow is an interesting deck within the context of Modern. The archetype really seems like it ebbs and flows with the format, some weekends it can look like you’re playing a Legacy deck in Modern, and others you just get Path to Exiled out of the gym. This weekend though, Pat was able to take advantage of the high powered midrange strategy, and there’s rumblings around the Magic community that it may be time for a return to form for Shadow.

@MatthewLNass’s Jund DS deck that I was too cowardly to play at the GP. -1 Hazoret +1 Kalitas. Deck is very good pic.twitter.com/v5EvY1xj93

Pat triumphed over David Horgen and his Infect deck in the finals.

For the first time since the banning of Faithless Looting and Hogaak, Arisen Necropolis I feel like we had a balanced Top 8 this weekend in Victoria. We had Tron and TitanShift dominate in St. John’s, a revamped version of Dredge take down our Edmonton Open and now here we had it all.

This to me is particularly interesting after seeing the results of our Toronto MCQ which also took place on Saturday. At both events there were a surplus of hyper-efficient decks, whether it be Grixis Shadow, Infect or the Mono-Red Prowess deck that won in Toronto. Maybe these decks based around cheap spells are the future in Modern.

One thing I’m waiting for is a higher representation of Whirza decks in our Top 8s. This archetype seems to be dominant online and on the GP circuit as of late so I’d like to see it catch on more on our Open Series.

Congratulations again to our champion Patrick Berdusco from everyone at Face to Face Games! We’d also like to thank our awesome judge staff who ran a smooth event all day long!

The next stop on the series is coming up this Saturday Sept. 21 when we’ll be traveling to London, Ontario for a Modern Open. We’ll be on site all day firing drafts, Commander pods and buying and selling cards at the booth so make sure to pre-register and we’ll see you there! 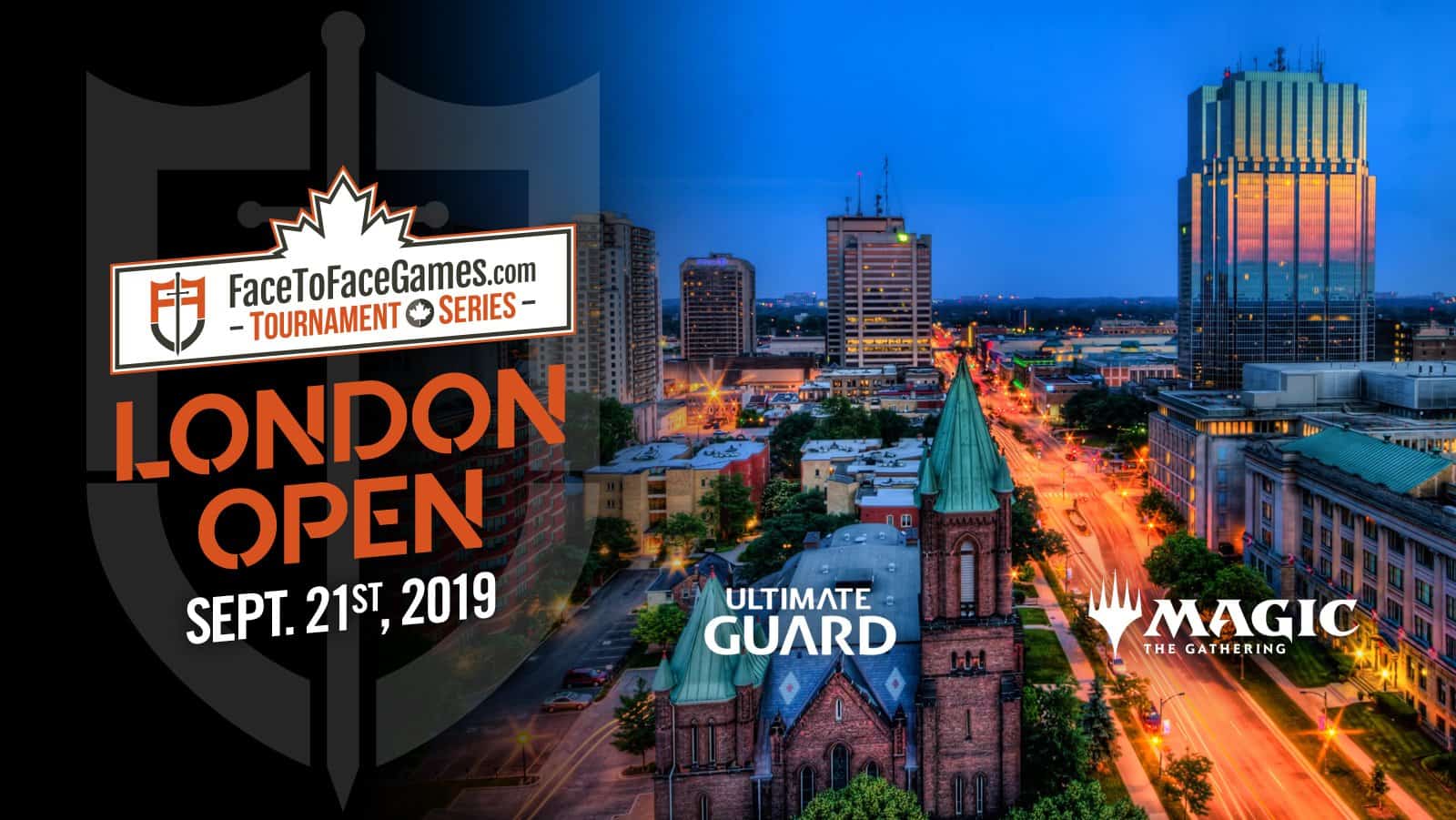