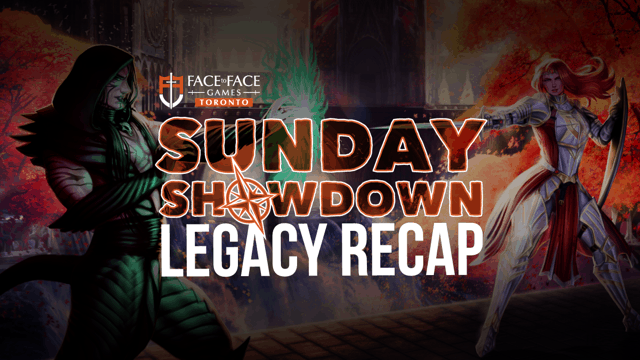 Welcome to another weekly Showdown Recap, where we take a look at what happened at Face to Face Games Toronto’s weekly Sunday Showdown, a series of 1k events feeding into the Ultimate Showdown 5k Invitational. This week players battled in Legacy to see who could take down the top prize.

As always with Legacy, we had some familiar faces out casting Brainstorms on Sunday. And this familiar face, took down the whole event:

Andrew Abela piloted U/R Delver to his victory on Sunday. The archetype forgoes many of the sacred cows of Delver-past like Wasteland and a third colour for very clean mana and a boat-load of Burn spells. Instead of the old tempo control Delver strategy, this deck can just end the game very quickly.

In addition to Abela, the Top  8 featured the usual swath of fair Legacy decks that Face to Face is known for. Andrew Gordon Top 8’d his billionth event with Grixis Control, Chris Ha followed with the same deck, Connors Eilerson made the finals with the old Orcish Lumberjack special and Wilkin Chau Top 8’d yet another Legacy event with one of his Dead Guy Ale brews. This time featuring a combo finish.

As far as I’m concerned Ethan Meier played the best deck in the Top 8. This may be a controversial opinion my historic love for Baleful Strix decks but I’ve given in to the church of Matthew Dilks — Golgari Depths is the truth.

As usual Legacy remains an incredibly interesting format from a competitive perspective, and we had yet another diverse Top 8 on Sunday.

With his win on Sunday, Andrew cements his spot in the upcoming Ultimate Showdown, while the rest of our Top 8 have begun their march up the leader board to qualify. This upcoming weekend at Face to Face Games Toronto we’ll be hosting a Modern Showdown and Sunday to pair nicely with the Modern Open+ on Saturday at the Montecassino Hotel. Get you Modern deck ready and make sure to pre-register! 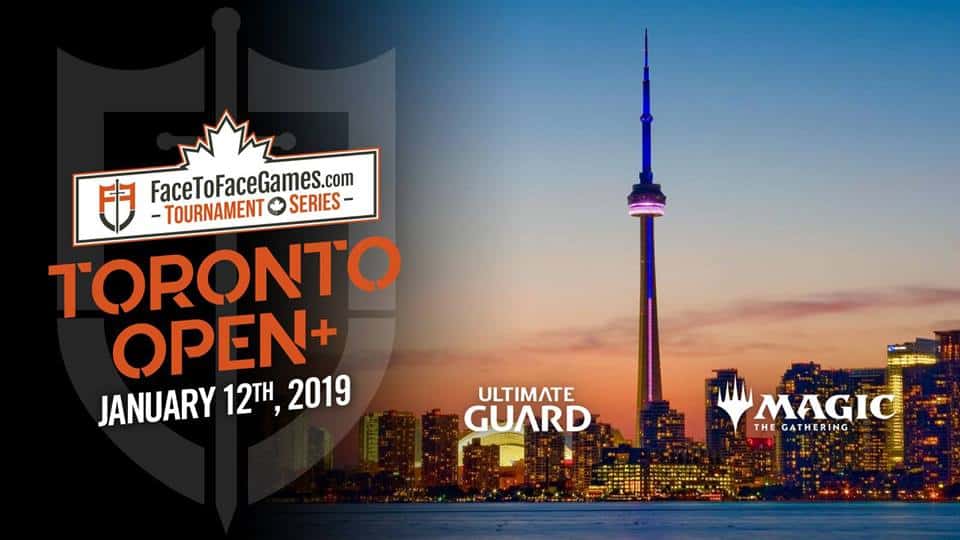