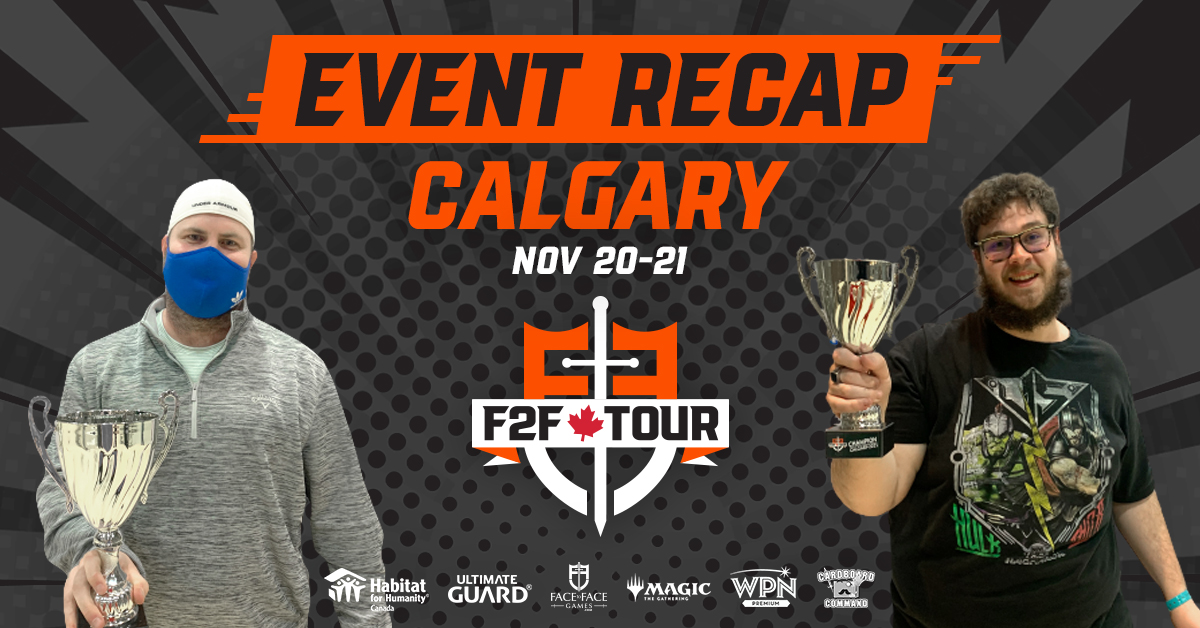 After a successful trip in Toronto, the F2F Tour visited Calgary and it was another smash success weekend as droves of players came ready to sling cards in all kinds of different formats.

The Commander Corner, in particular, was a big hit in Calgary! Cardboard Command, our friendly neighborhood trio of YouTube content creators, joined in on the action, hosting tons of free Ultimate Guard giveaways and jumping into more than 70 full Commander pods over the course of the weekend. 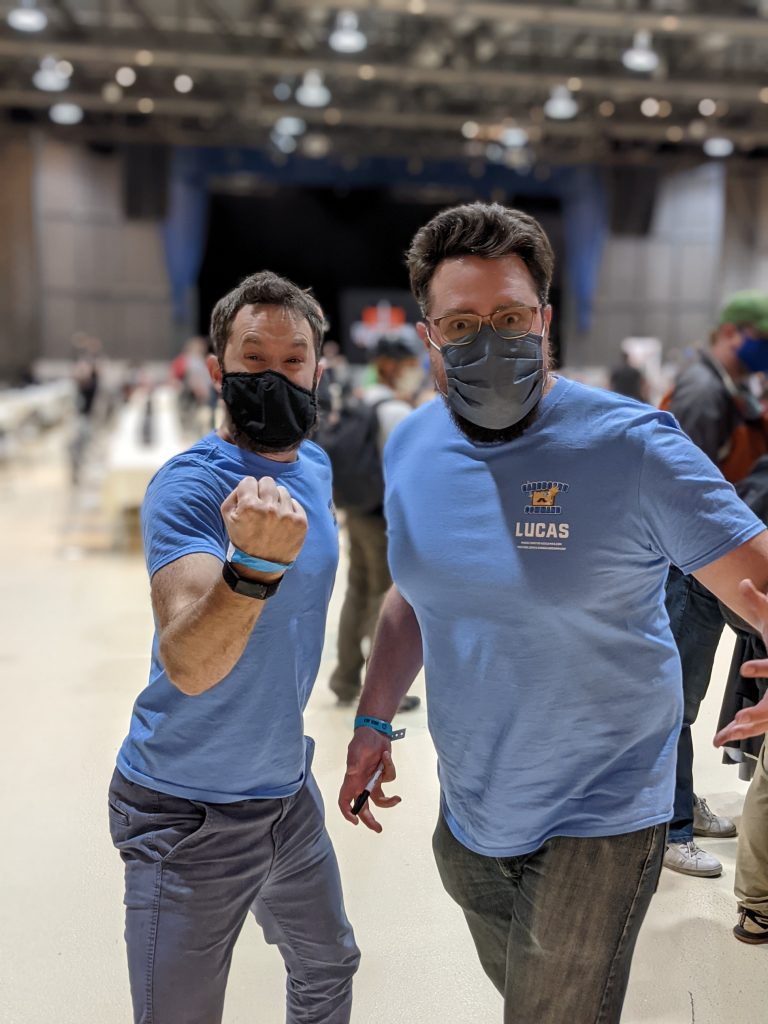 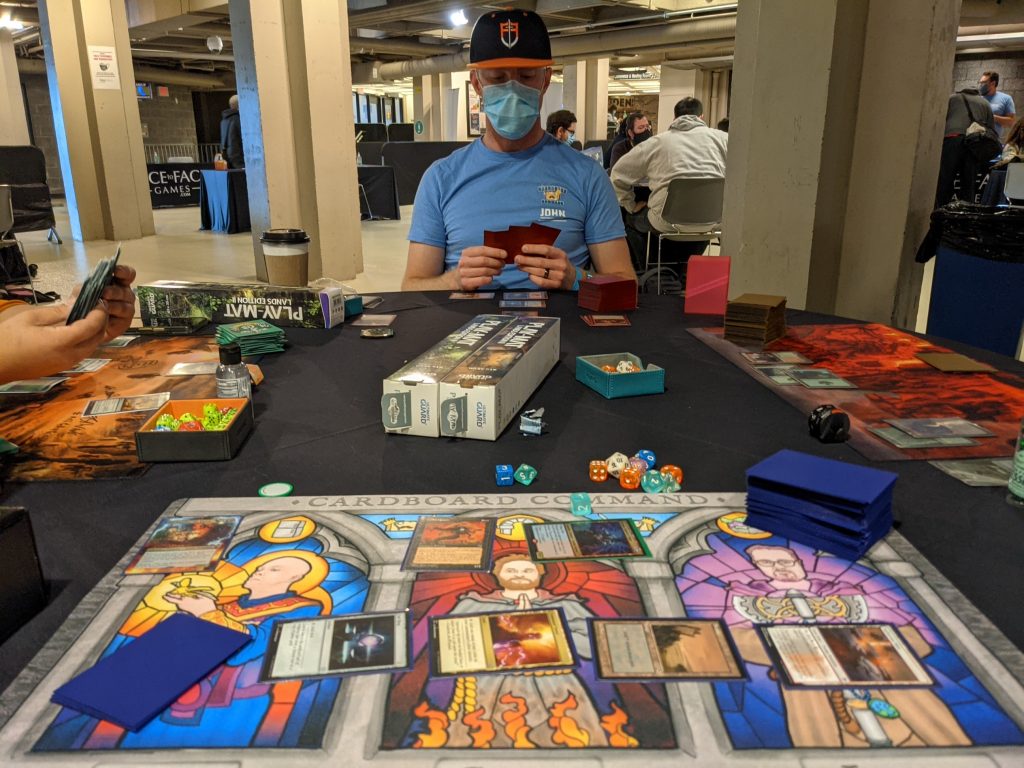 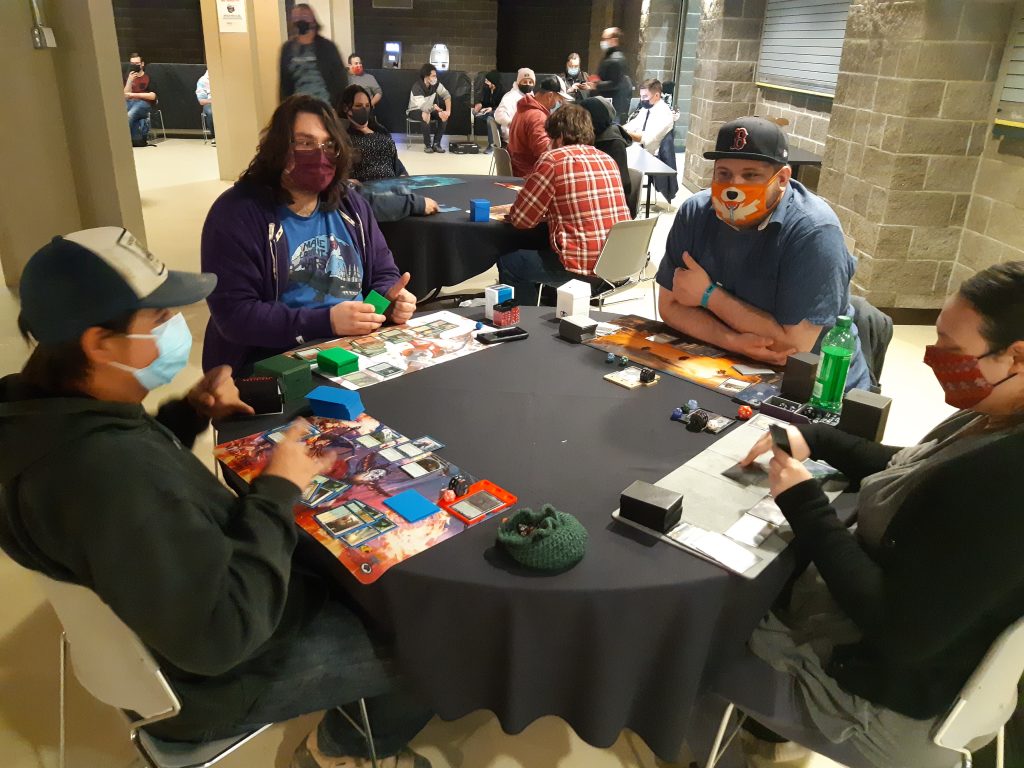 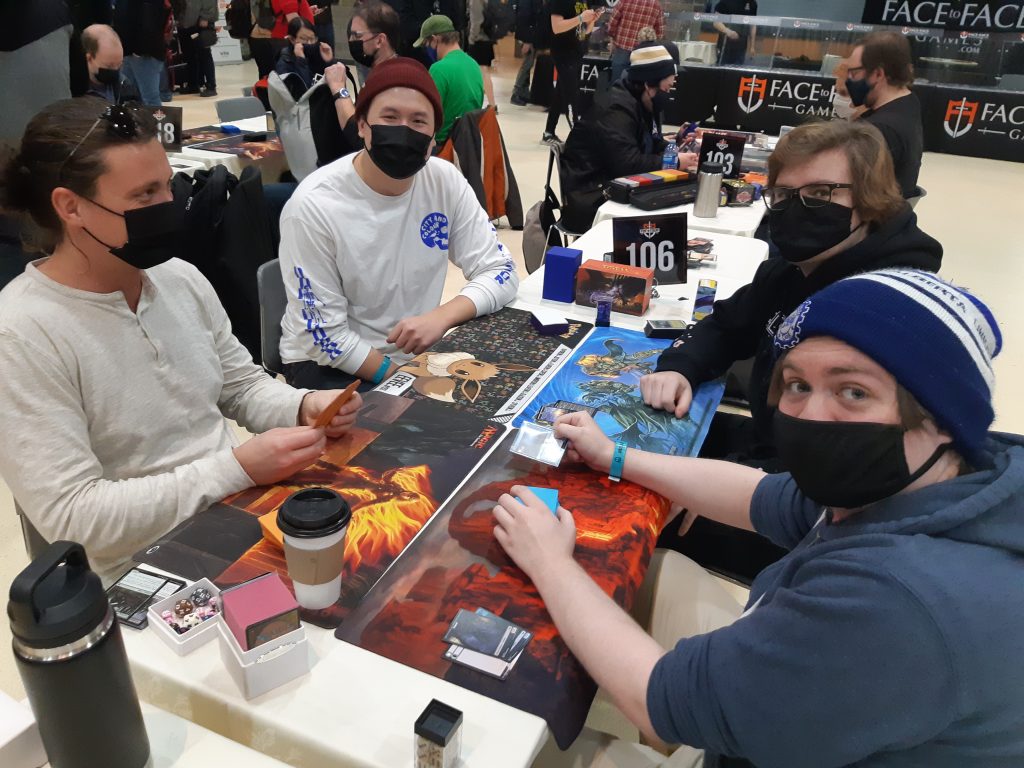 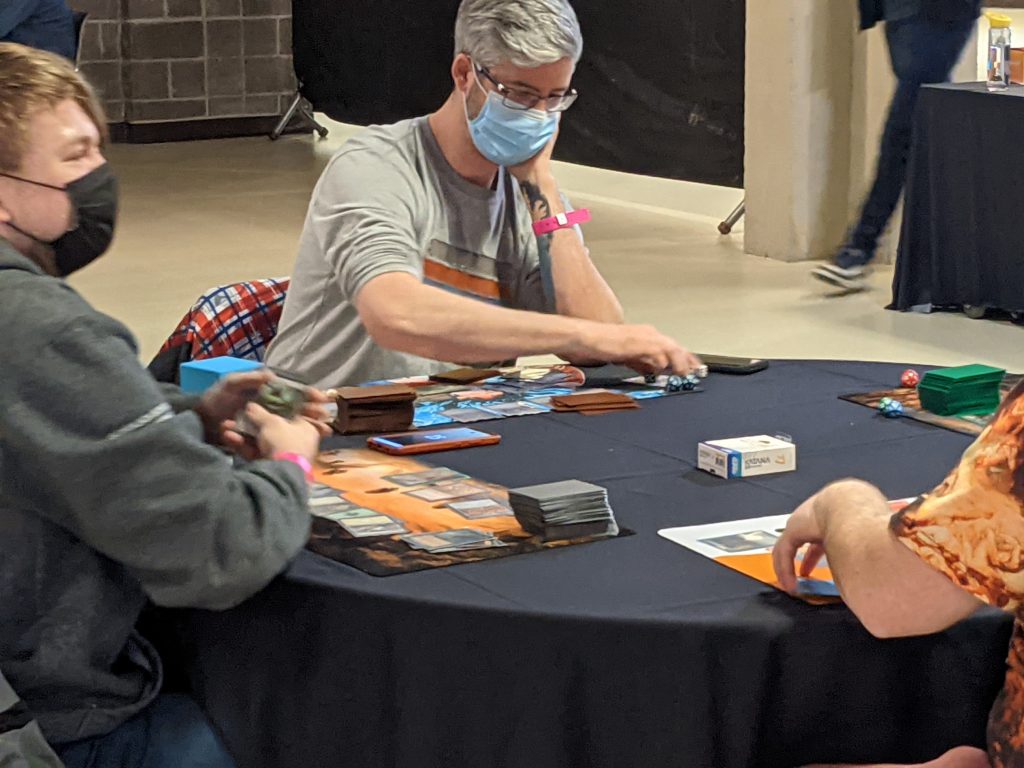 For this upcoming weekend in Montreal, Cardboard Command will be joined on the tour by Madison (The Spike Feeders) and Andrew (MTG Muddstah), so if you enjoy Commander you know where you need to be!

Scanning the Top 8 lists of the two Modern Opens this weekend, it looks like 4c Omnath was a major player in the field. Four copies of the deck made the Top 8, with one taking down the Sunday Open. But first let’s start with the Saturday tournament where Josh Southcott took home the trophy with Rakdos.

I caught up with him on Monday. Josh mentioned his deck ran as smooth as it could, losing only one match to Burn (and only by a single life point!) He attributes his win to the fact that he was also able to avoid any Titan matchups. One of the reasons he picked up the deck was he felt Tourach, Dread Cantor was well-positioned against the type of removal he expected to see. Well done Josh!

While another player, Carson Bell, finished 3rd with Omnath on Saturday, things started off a little rough for him as he attempted another run on Sunday.

And what a bounce back it was! He ended up winning the whole thing! I asked him the reasoning behind his deck choice and he answered:

It just seemed to have so many different powerful things that it could do. Want to be more controlling? Tons of answers. Want to be more aggressive? Evoke Fury and blink it. Just the value generated by the cards seemed higher than pretty much any other deck.

He also mentioned how the deck offered a lot of options during games so that you could better leverage your skill/experience edge.

Carson wasn’t the only person who did well at both Opens. Joseph Karani crushed all weekend with Azorious Control. He claims UW finally has cards to deal with any strategy and has solid matchups against both Murktide and Hammer which he expected to be the two most played decks in the room. His preparation paid off!

Liam Hoban had himself a nice Modern weekend as well with Mono-Red Obosh. One new addition to the deck stood out to him though, and he gave me his bold take:

Chandra, Dressed to Kill is in my opinion the most powerful card out of Crimson Vow. She quickly snowballs out of control, continuously providing you card advantage, and accelerating you from 3 mana – 5 mana which bridges the curve in not being able to play 4 drops in the deck.

He was also extremely persuasive in getting me to try the deck:

I highly recommend players try the deck out, as it is very powerful and has a very consistent card advantage engine that red decks typically lack. Between Ragavan, Chandra, Light up the Stage and Seasoned Pyromancer, you find yourself constantly digging through 30+ cards in a game, and being a very grindy midrange deck, despite being mono red.

The Legacy Showdown on Sunday was won by none other than Legacy mastermind Mat Schmaltz who piloted Red Deck Wins. I say mastermind because if you look on the MTG Elo website and filter for Legacy, the man’s record speaks for itself (a 70% win percentage!). He took to TikTok to celebrate his dominating victory:

That does it for my second recap of the year. Next stop for me is Montreal this weekend. I am looking forward to seeing many of you there as I will be attending in person. Who knows? Maybe I’ll play some actual Commander with the boys from Cardboard Command!