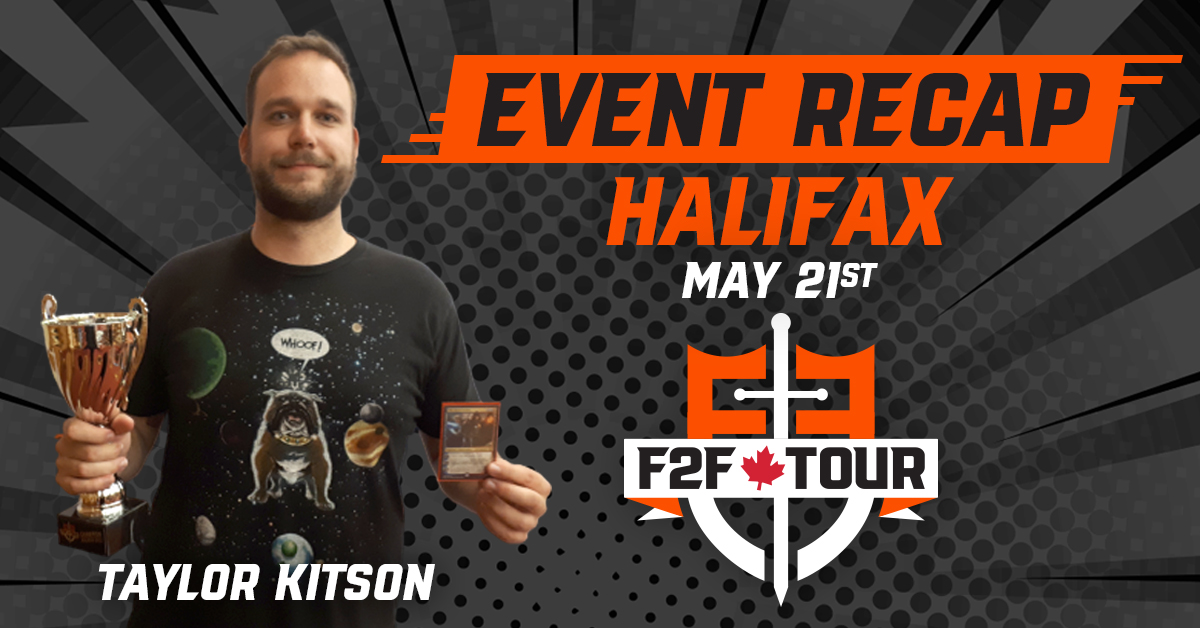 This past weekend, the entire room was popping at the F2F Halifax Tour Stop! Like our previous Tour Stops, Commander pods were firing left and right. If you’re looking to get in on the multi-player action at the next F2F Tour stop check out the Commander Experience Package!

Many players were also of course battling for the coveted F2F Tour Championship invitations in the F2F Modern Open tournament.

I have to mention that Travis Benedict and Adam Joyce have had quite a run lately. They not only top 8ed this event, but have been on a roll clinching top 8s at a local 2K and 1K with the same decks they piloted during the Open (Crashing Footfalls for Travis and 4C Yorion Elementals for Adam).

When I asked Travis how he felt about his deck, he was kind enough to give me his thoughts:

I would say this deck has some decent game against most of the format. Some people say it’s good against 4 Colour but I don’t know if I agree with that. The deck definitely smashes UR Murktide, and I haven’t hated the Living End mirror either with 3 maindeck Endurance. I happened to play the mirror 4 times in the swiss and never lost to it, so I don’t know what that’s about

. I think the deck has a tough time against the decks that go over the top, like Amulet, Tron, and 4 Colour. You have a powerful game plan with some of the most interaction in the format, so I absolutely love the deck.

Where is the F2F Tour headed to next? On Saturday, June 18th, the F2F Tour will be hosting a Tour Stop in the beautiful city of Vancouver! As always for all the latest F2F Tour info, check out our main F2F Tour website by going to F2FTour.com! See you there!