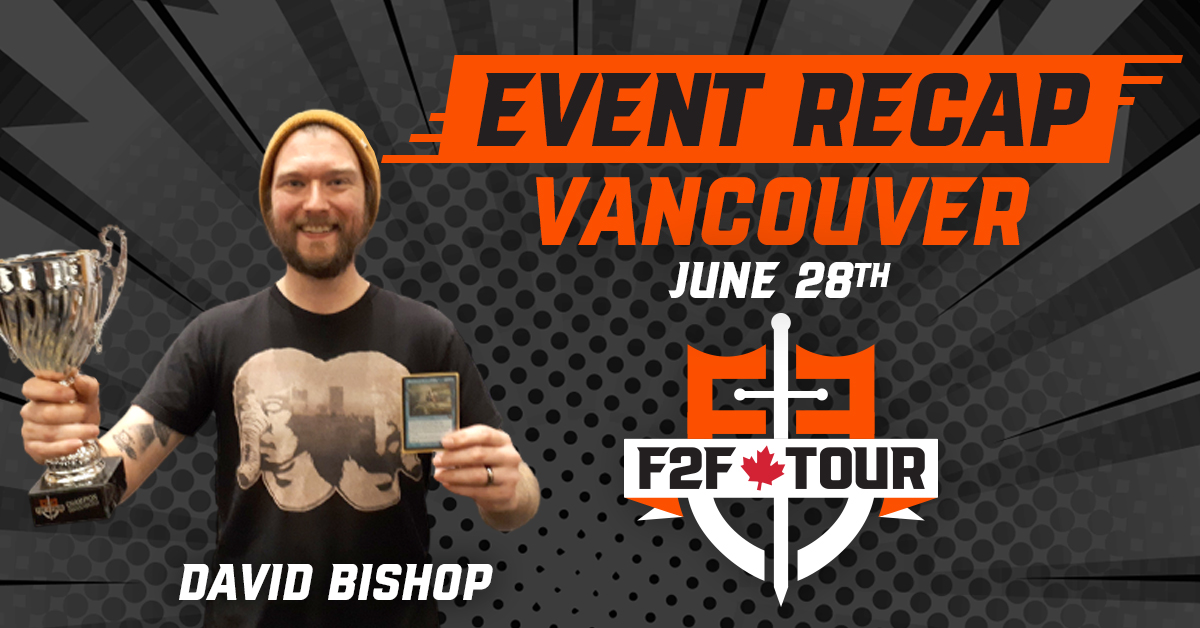 This past weekend, our F2F Tour gave the city of Vancouver a visit. As usual, lots of Magic was played on Saturday. 177 were registered and ready to play in our F2F Modern Open to fight for the coveted F2F Tour Championship invitations. This would make it one of the biggest Opens we’ve hosted recently and you’ll definitely be surprised at the top 8!

When the dust settled, David Bishop took home the trophy of the aid of Mono Blue Tempo. Yep, that’s right! Check out his list below!

David was kind enough to tell me more about the deck:

On paper this Mono Blue Tempo list may not look like much but it is deceptively powerful. The glue of the deck is Svyelun and while there are very few other Merfolk present, she represents a hard to kill, card advantage engine. This ensures you always have interaction.

The maindeck Chalice of the Voids and counterspells have you favoured vs the Cascade decks but somewhat like a “Blue Jund”, your matchup spread is very even against most decks with a lot of wins coming from slim margins rewarding tight play.

The deck feels secretly well positioned at the moment, though a part may be the surprise factor, I would recommend it to anyone who likes playing draw go styles of game play and anyone who misses casting Vendilion Clique like it’s 2016.

Secretly well-positioned according to David. Something to consider for those of you planning to play in an upcoming F2F Tour Stop?

The other finalist also brought something spicy to the table.

Brad was also kind enough to give me some of his time explaining the reason behind his deck choice:

So I’ve been a long time Martyr Proc and Emeria fanatic, and have been working with both for quite some time. As soon as 4 Colour became a big deck though, Martyr Proc couldn’t quite keep up. I then brewed up my UW Emeria list as a way to play a grindy base-white graveyard strategy that had potential to go over 4C.

I recommend it most in a meta that has a small amount of combo or Tron, as it does best when there are a lot of creatures to kill. Like as long as Murktide is big I’ll be bringing this.

Although, to be honest I’ll be playing this or a variation of this in any meta, as it’s a passion deck of mine.

I do feel I got really lucky in my matchups on the weekend, but I also played at the top of my game, and I felt great. It was an awesome tournament and my opponents were fantastic as well. Now I can’t wait for Regionals!

Looks like he probably made a good meta read judging solely from the top 8 as 3 of them were piloting the popular Murktide Regent archetype.

Where is the F2F Tour headed to next? We are already back at it this upcoming weekend in Calgary. As always for all the latest F2F Tour info, check out our main F2F Tour website by going to F2FTour.com! See you there!