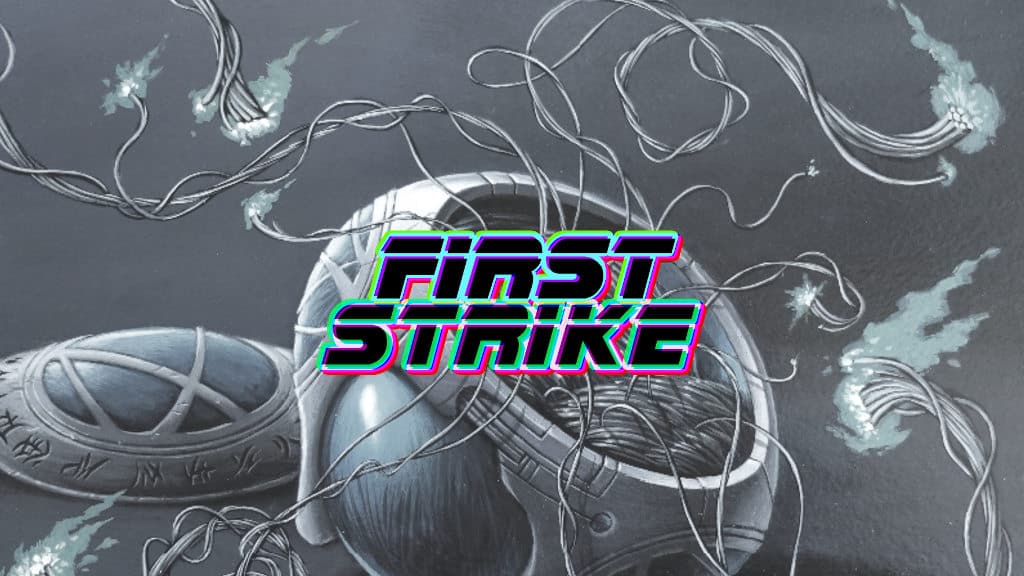 Order your First Strike Apparel by Wednesday to get in on the first shipment!
KYT, Derek, and Andy welcome the Affinity master himself, Alex Majlaton to talk about Affinity in the Jace Modern, as well as discussing playing after bans, and the new Magic 25 Limited format.